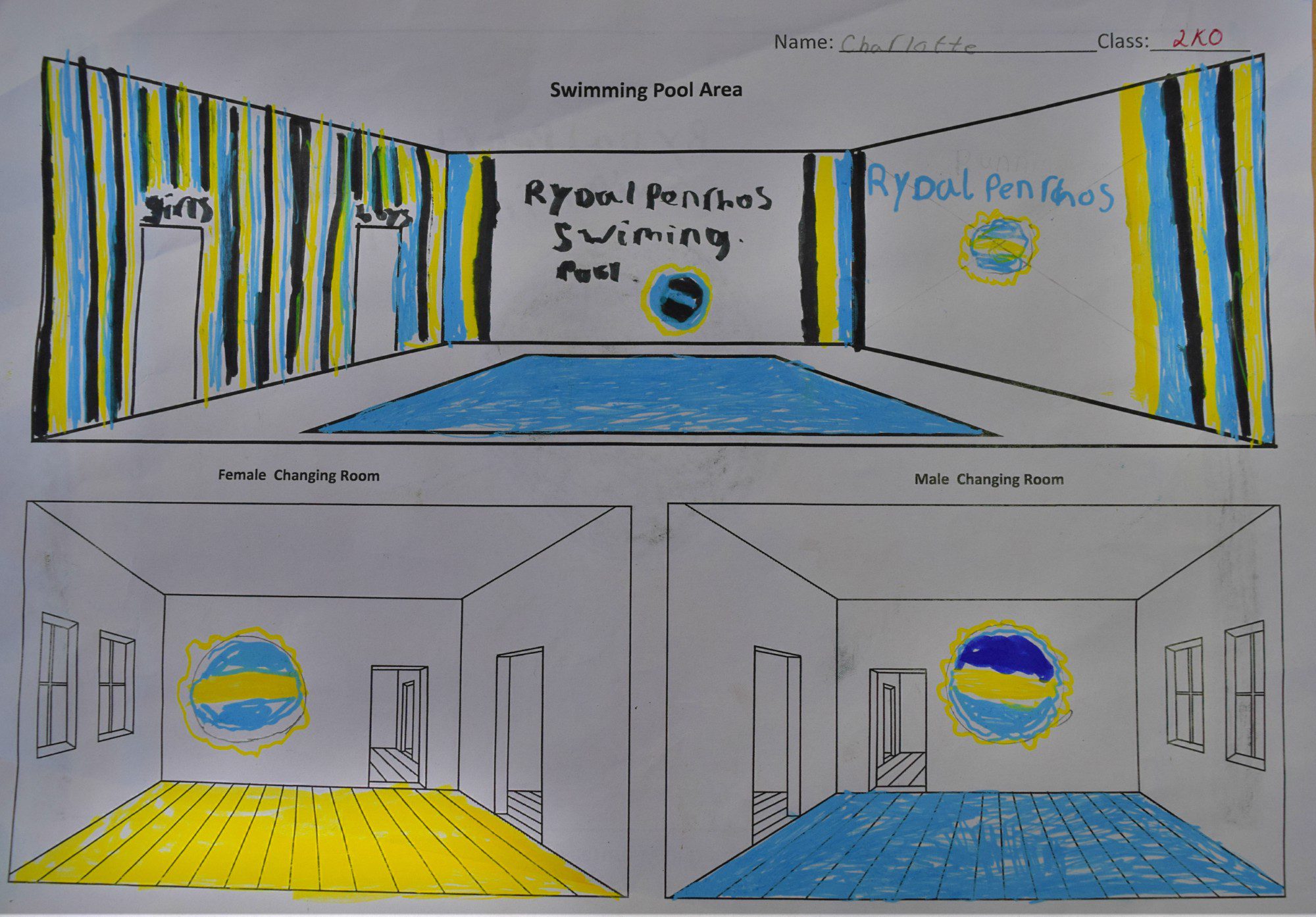 The winner of a special competition for Preparatory School pupils in relation to a facility set to re-open later this year has been announced.

This saw creative minds come together to form various different creations as part of the refurbishment, and Charlotte Knight’s design was chosen as the winning entry.

Her idea is now being brought to life by Rydal Penrhos’ maintenance and design teams over the summer holidays, and Charlotte’s year group will have the honour of being the first to use the facility once a formal re-opening has taken place.

The school confirmed that work on improving the Swimming Pool – originally opened in 1964 – is set to be completed in time for the start of the academic year in September.

Mr Waszek, said: “A lot of hard work has gone into making the necessary changes to our Swimming Pool to ensure it is a sustainable asset for years to come.

“This is another massive boost for the exciting academic and co-curricular provision we provide as part of a well-rounded and exceptional education here at Rydal Penrhos.”

Simultaneously, all pupils from Reception through to Year 9 will receive a weekly swimming lesson as part of exciting curriculum changes.T