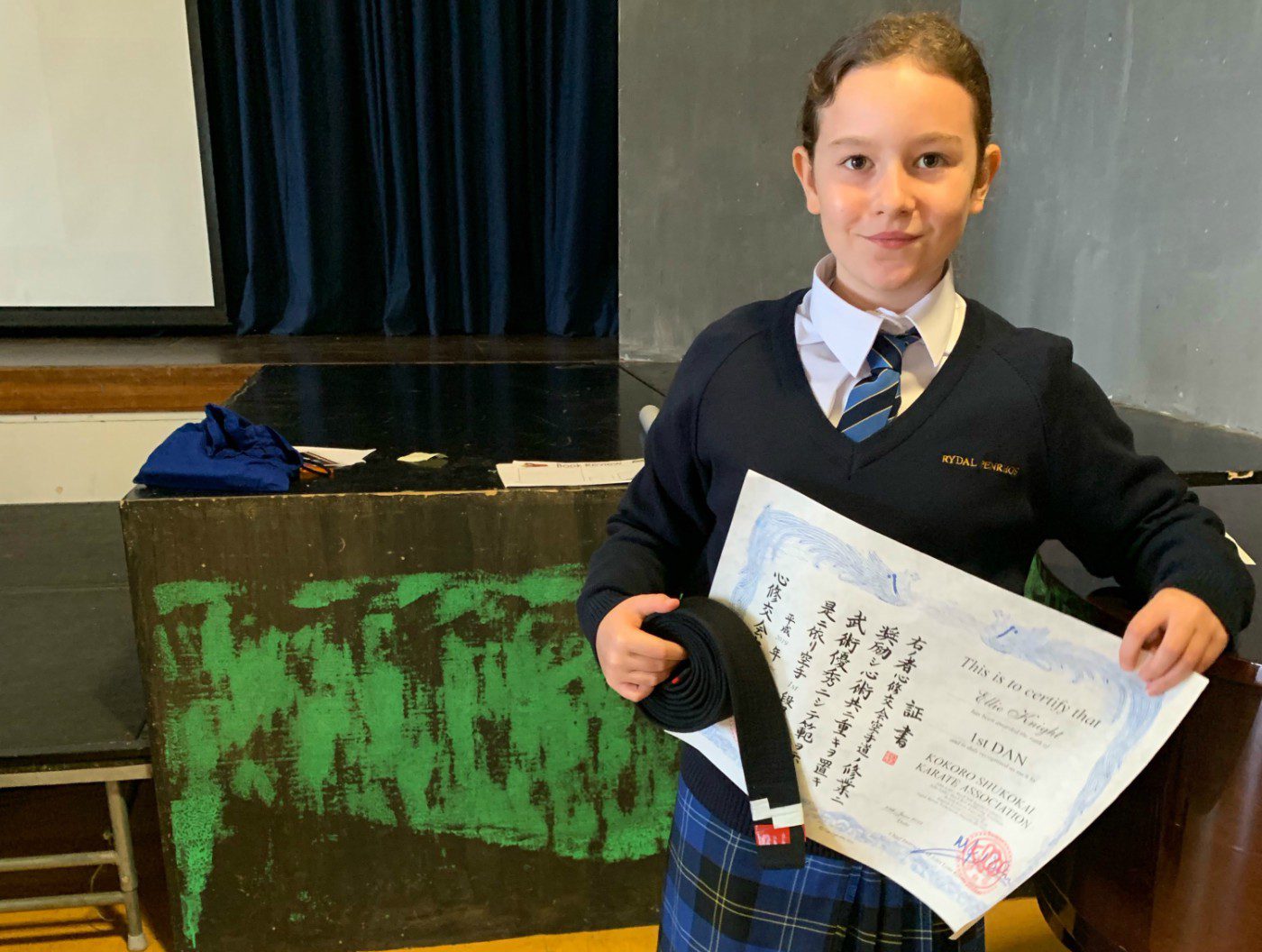 Ellie Knight, a Year 6 pupil at Rydal Penrhos, is now the proud owner of a First Dan Black Belt after coming through the testing assessment with flying colours earlier this month.

The multi-talented youngster has worked incredibly hard to secure this feet, attending twice-weekly sessions at John Lynn’s Black Belt Martial Arts Academy in Colwyn Bay, developing her skills considerably under the watchful eye of experienced coaches at the facility.

Never one to stand still, Ellie will now begin working towards her Second Dan Black Belt at the site, which will take around eight gradings and two years to formally complete.

Prep School Head Lucy Davies, said: “This represents a significant achievement for Ellie and one she can look back on with an enormous sense of pride.

“Her determination, perseverance and will to succeed to secure this feat is something that is evident on a daily basis here at Rydal Penrhos Prep School, both during Ellie’s academic efforts within the classroom and in an extra-curricular environment.”