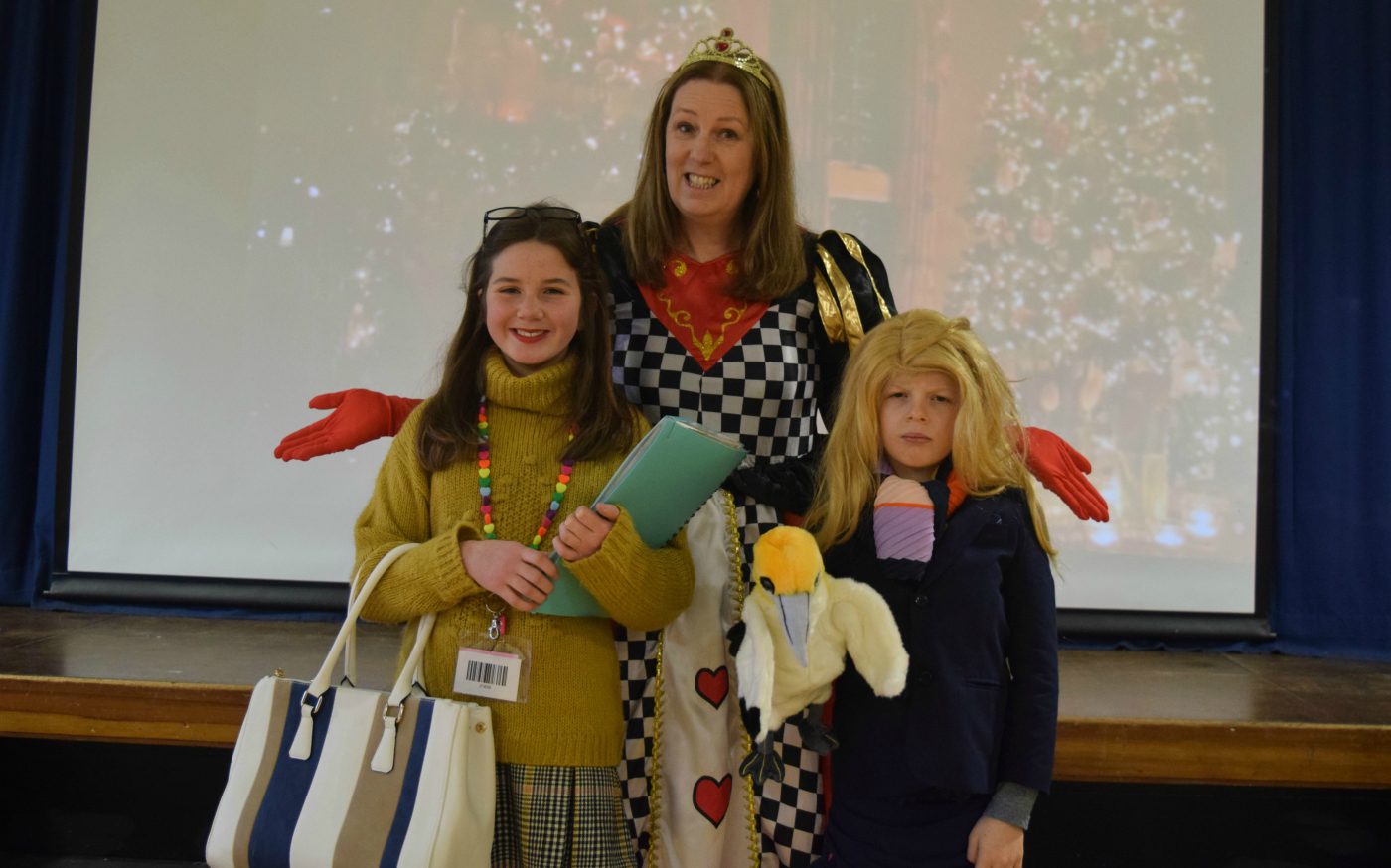 There was plenty to enjoy for pupils and staff alike thanks to a fun-filled schedule prior to the break, which began with a fancy dress parade in the School Hall during Assembly.

It’s #Christmas #Party day at our #PrepSchool, and Mrs Davies led a special surprise for the Pre-School and Pre-Prep departments for their amazing recent efforts during their annual festive #musical. #RPInspires

Can you guess the song? pic.twitter.com/lFodBgVEEQ

All age groups came in either their own clothes or made a special effort in fancy dress with a ‘H’ theme for the occasion, with staff also getting in the spirit with some fantastic costumes.

There was everything from Harry Potter, Hot Dogs, the Incredible Hulks and Horse Riders on show throughout the day, with the Year 6 duo of Will Glanville and Lucy Ranales-Griffiths coming dressed as Prep School Head Lucy Davies.

Some incredible fancy dress outfits at our #PrepSchool #Christmas #Party Day, with all year groups parading their outfits during this morning’s assembly. 🎄🤶

Pre-School, Pre-Prep and Prep pupils also welcomed a special visitor in the form of Father Christmas, who chatted with each pupil and gave them a gift following their wonderful Christmas dinners which went down extremely well with those in attendance.

The day concluded with both Pre-Prep and Prep pupils taking part in their own special parties, with plenty of games and dancing for them to enjoy.

Our #PrepSchool had a special visitor during their #Christmas #Party Day, with none other than #SantaClaus himself descending on RP to give out some early presents.

He began with a very excited Pre-School and Pre-Prep! #RPInspires

Assistant head Catherine Hughes, said: “It has been a wonderful first term of the academic year and our Christmas Party Day is a great way to reward our pupils and dedicated staff for all their exceptional contributions.

“Everybody looked fantastic in their fancy dress, the Christmas dinner provided by Holroyd Howe was outstanding and a special thanks to Santa for making an appearance during a very busy time in his calendar!”

Just a small part of the incredibly fun #Christmas Party Day on the final full day of term. #RPInspires