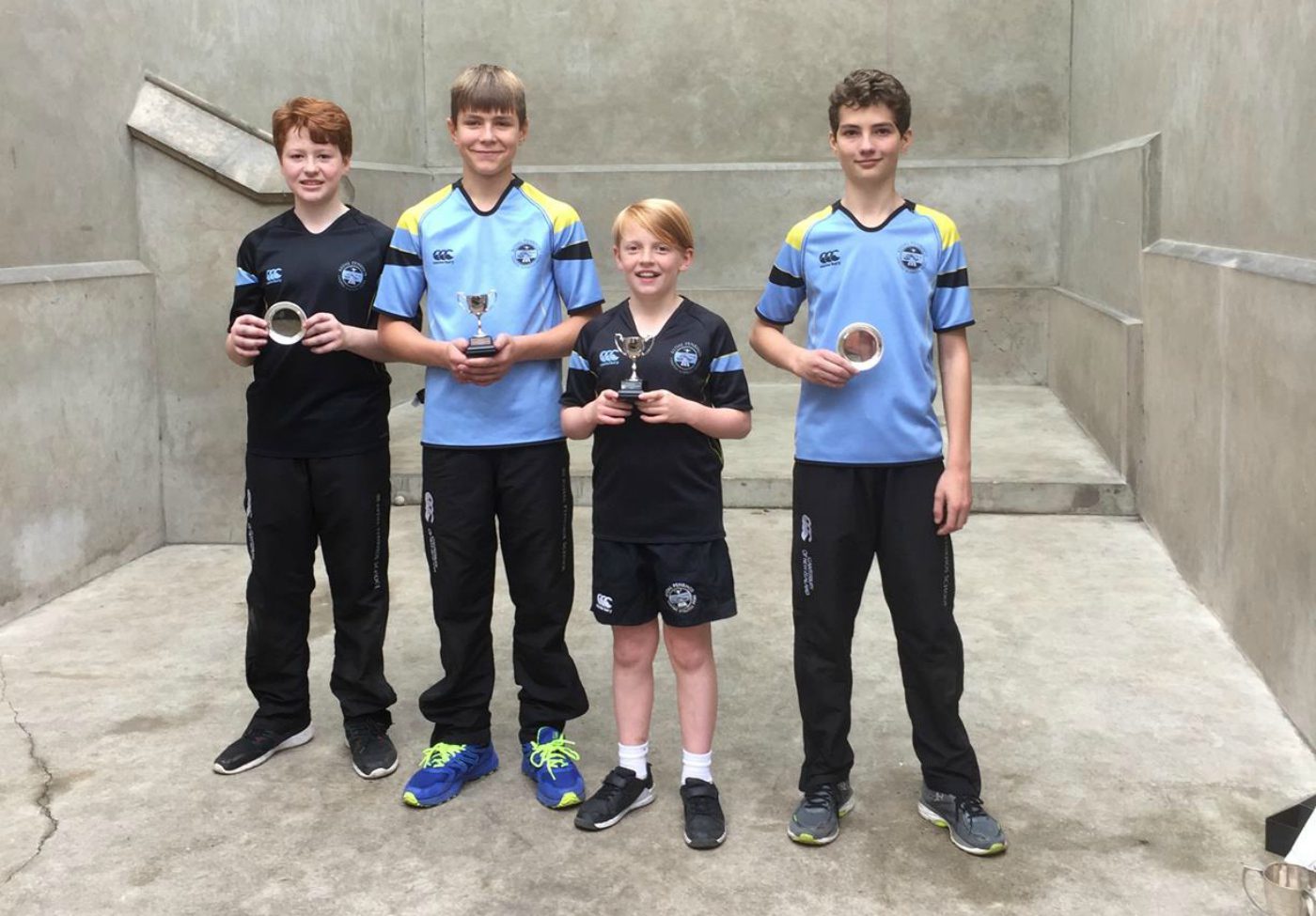 A host of Eton Fives players at Rydal Penrhos came away with silverware from a high-profile national competition.

The school proudly hosted the seventh annual Welsh Invitational Championships earlier this month, which proved to be another huge success and a fine demonstration of the enthusiasm and talent relating to the sport within the region.

Tournament veterans Gareth Hoskins, Stephen Thatcher and Tom Cotterell took their place in the field alongside a wealth of talented pupils, with Matt Chinery and Harry Asquith also aiming for debut success in the tournament.

Upper Sixth pupil Matthias Fiorita has taken over in recent years as the dominant force in the competition and he continued his excellent run in the Saturday tournament, partnering Raif Horrocks to a convincing win in the final against Adam McGuigan and Max Cowen-Wright.

Sunday saw the field split into a senior and junior section and the guest players involved all the way through to the final.

Matthias missed a place in the final by the skin of his teeth, losing a semi-final shootout 12-11 alongside Harry Asquith at the hands of Matt Chinery and Luke Davies, who went on to play Anthony Bowe and former pupil Tom Cotterell in the final.

Year 11 pupil Anthony has had several near misses in recent years and was determined not to miss out this time.

Tom had also never won the senior Sunday competition and the two of them flew out of the blocks against Matt and Luke, racing through the first game in double-quick time and finishing the job in the second game to claim a well-deserved win.

The junior section saw Max Cowen-Wright and August Ball-Iversen triumph over Raif and Matthew Johnson so secure the crown, with Ester Ball-Iversen and Charlotte Hourihane winning the girls’ event with victory over Alys Peake-Jones and Emily Thomas.