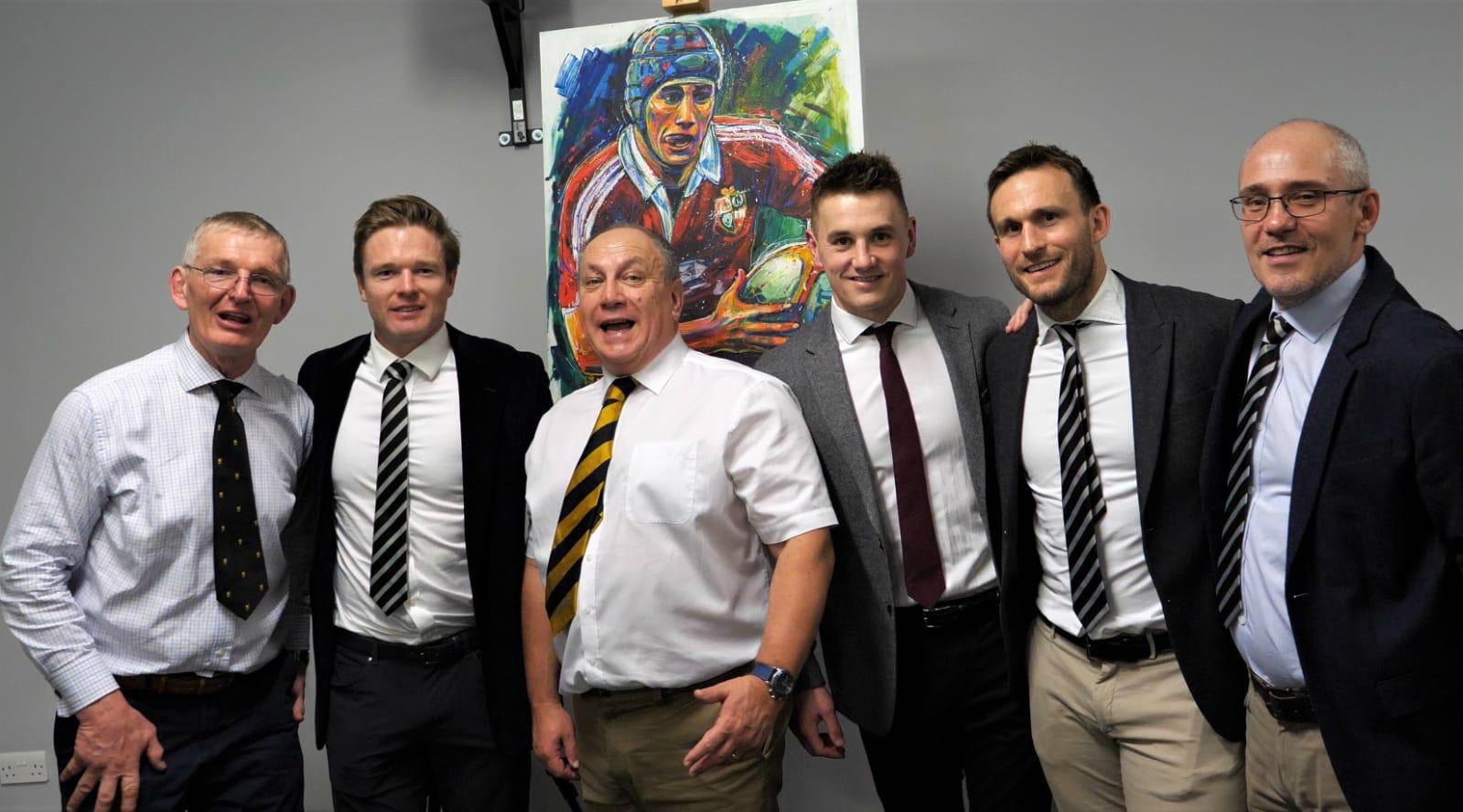 A large number of former rugby stars returned to Rydal Penrhos for a special event in celebration of two legendary school figures.

The Vikings Rugby Reunion Dinner took place on Saturday, January 25, which was held to honour the careers of Mike Leach and Phil Mather and saw 145 people pack the Ferguson Centre to mark the occasion.

Vikings’ chair Marcus Copeland got proceedings underway with a welcome address, before Executive Principal John Waszek spoke about the school and the importance of the evening.

Y8 #sports scholar Ethan got the chance to meet one of his heroes when @JonFoxDavies visited RP on Saturday as the special guest at the #Vikings #Rugby Reunion Dinner to honour Mike Leach and Phil Mather.

We’ll have more on a memorable night tomorrow. #RPFamily 🏉 pic.twitter.com/sjP2wzORRF

Andrew Fenby and Nathan Jones then took over and a number of items were sold in a special auction, including a painting of special guest Jonathan Davies, a current Welsh rugby international, which was created by rising Colwyn Bay artist Dave Sharp.

Mr Leach and Mr Mather spoke about their favourite Rydal Penrhos memories, and a number of ex-pupils who could not attend also contributed with video messages.

Mr Copeland, said: “When Andrew and I sat down in June and discussed organising a Vikings tribute dinner for Mike and Phil, not in my wildest dreams did I think that seven months later we would be hosting such an amazing event.

“It was probably the biggest gathering of alumni at the school since the Centenary Dinner in 1985, which goes to show the sheer volume of love and respect that staff and ex-pupils share for Mike and Phil.”

Davies, who has amassed 81 caps for his country to date, held a question and answer session with those in attendance.

Each former pupil gave a personal message on two frames that will be given to Mr Leach and Mr Mather, and plans are currently being formed with a view to holding a similar event over Founders’ Weekend in September.

Proud to be @RydalPenrhos to celebrate the significant rugby contributions of Mike and Phil ….. I was privileged to work worth them for 16 years #sportingfamily pic.twitter.com/sCMAzgii6p

Mr Fenby, added: “What an event it turned out to be.

“I thought we were being ambitious targeting an audience of 120 so to get 145, whilst hearing the efforts people had made to make the dinner, shows the esteem with which Mike and Phil are held by so many.

“For me, the most important thing achieved on the night was giving two of our own the send-off they deserve.

“The feedback has been outstanding with several already asking when the next event is, watch this space.”