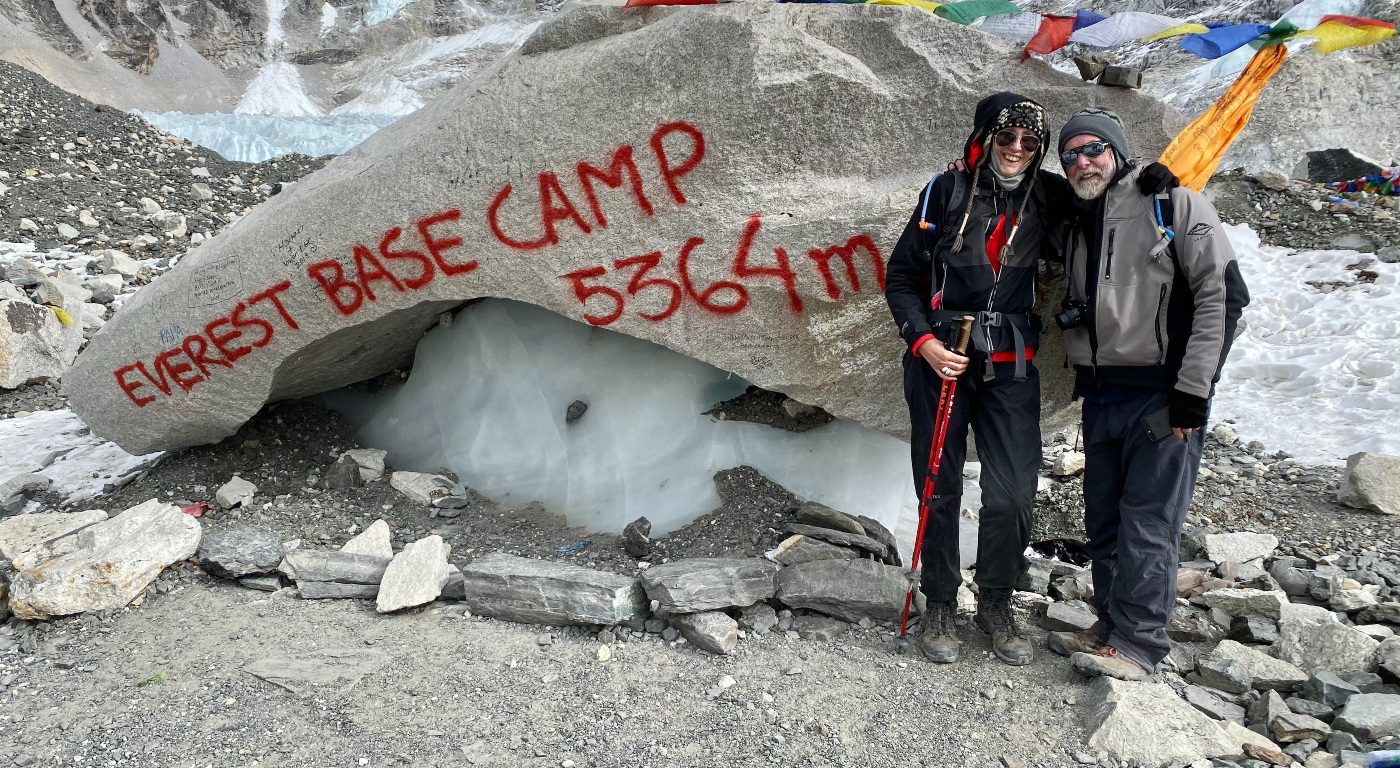 A former Rydal Penrhos pupil celebrated her retirement by reaching base camp at the world’s highest peak.

Suzi Derbyshire – maiden name Vaughan – was a pupil at Penrhos College until 1981 and upon leaving school, she went on to study Fashion Design, graduating from Saint Martins School of Art in London in 1986 with a First Class Honours Degree.

Penrhos, of course, merged with Rydal School in the 1990s to form Rydal Penrhos.

She recently marked her retirement by taking a three week, 250km trek from Jiri to Everest Base Camp, following the route that Sir Edmund Hillary took in the 1950s alongside her husband Barry.

This was a lifelong ambition for Suzi, who developed a love for the outdoors and travel after migrating to Australia in 2005.

Suzi learnt to scuba dive in Boracay, Philippines and was lucky enough to dive in pristine reefs in Egypt, the Caribbean and Australia, in addition to travelling around Australia and New Zealand. 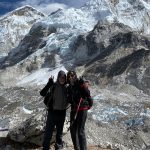 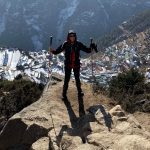 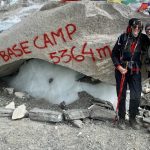 After a decade working within the fashion industry all over the world, the former Penrhos College pupil decided to move into Fashion education after taking a teaching post at The London College of Fashion, leading their degree in Fashion Design Technology before migrating to Queensland in 2002.

She was tasked with starting the first Fashion Degree course in Queensland, where Suzi lived with her husband for 18 years, becoming Australian citizens in 2005.

Her career at the Queensland University of Technology saw Suzi appointed as Deputy Vice-Chancellor (Learning and Technology), which she held successfully for nine years before deciding to take a well-deserved retirement in 2019.

Upon retirement, her service to the university was recognised through conferral of the title of Emeritus Professor.

Ongoing concerns surrounding COVID-19 somewhat disrupted Suzi’s travel plans, but the couple has still been able to explore more of their own state with ‘van life’ adventures in their well-travelled, second-hand campervan.

Suzi’s life and career really do demonstrate how far a good education at Rydal Penrhos and a qualification in design can take you, which is further reflected in her recent TEDx Talk on the topic of “Fashion your Future – Think More Like a Fashion Designer”, which has been viewed more than 328,000 times on YouTube.