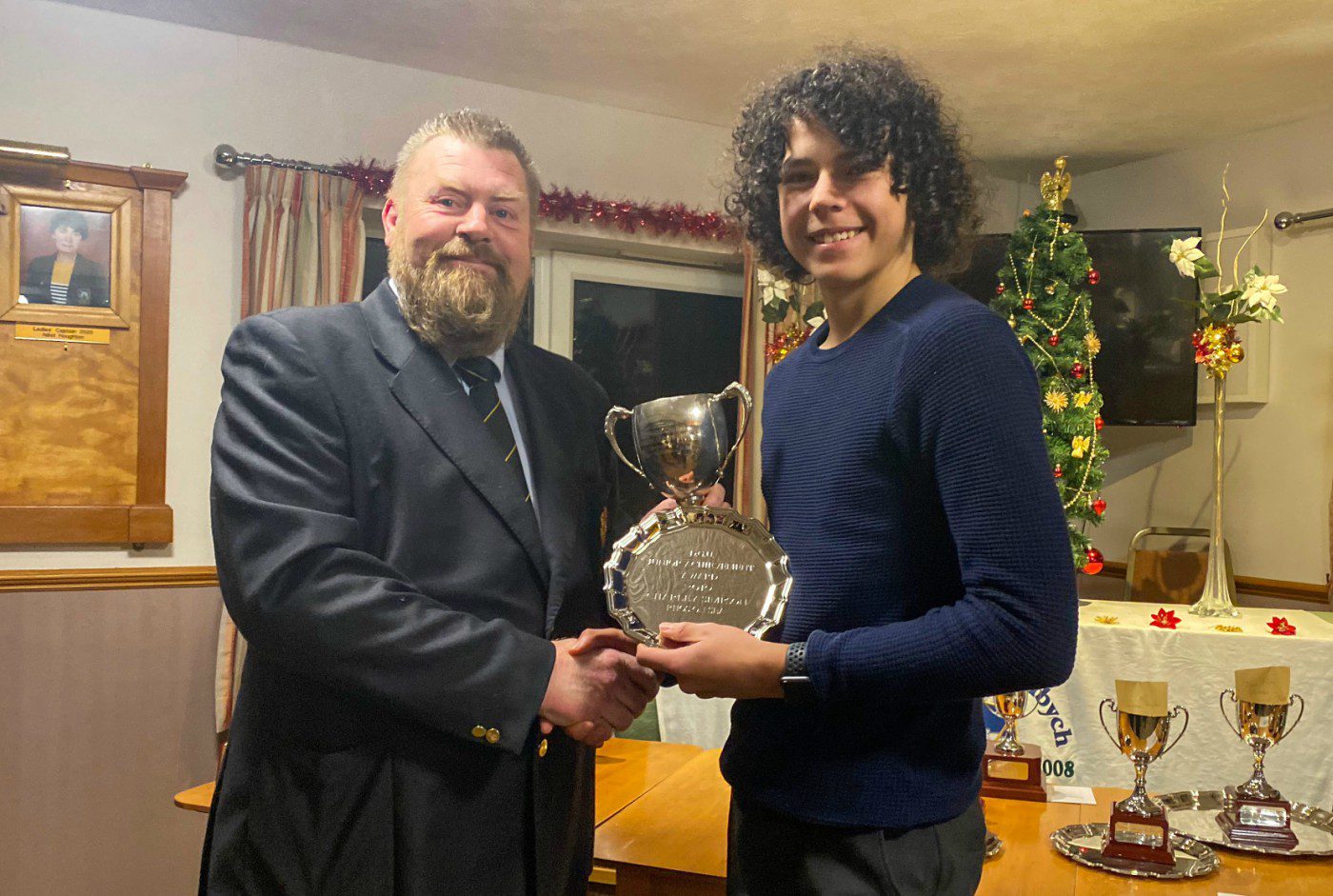 A Golf Academy star at Rydal Penrhos has been acknowledged for an exceptional summer with a prestigious award.

Charley Simpson, a Year 10 pupil at the school, scooped the Denbighshire Golf Union’s Junior Achievement Award after a sensational run of results, and he received the distinction from county captain Mike Shaw at the organisation’s Annual General Meeting earlier this month.

The teenager has developed his skills a considerable amount since joining Rydal Penrhos and its thriving Golf Academy, and Charley had the best season of his young career to date that resulted in his first call-up to the Wales youth squad.

Proud to be awarded the #DGUGolf Junior Merit Cup Achievement Award 2019. Special thanks to Vic Pritchard and Jan Keen for all their work with the DGU juniors. #walesgolf #rydalgolf #smgcoaching #rydalpenrhossport pic.twitter.com/3wPjOjiag3

His crowning glory was securing the U14 Welsh title in convincing fashion, and he was also part of the school squad that booked their place in the ISGA Northern Area Match Play Final alongside Reuben Bather and Adrian Lewis as the trio look to defend their crown and reach the national championships.

The Denbighshire Golfing Union Junior Merit Cup was first awarded in 1966 and is only awarded when a “worthy winner” receives a consensus vote.

Head of Physical Education Nicky Head, said: “This is another impressive achievement from Charley and one that he is richly deserving of.

“His form throughout the season was truly exceptional and Charley is another fine example of the success of Rydal Penrhos’ Golf Academy, which is a key component in our sporting provision.”