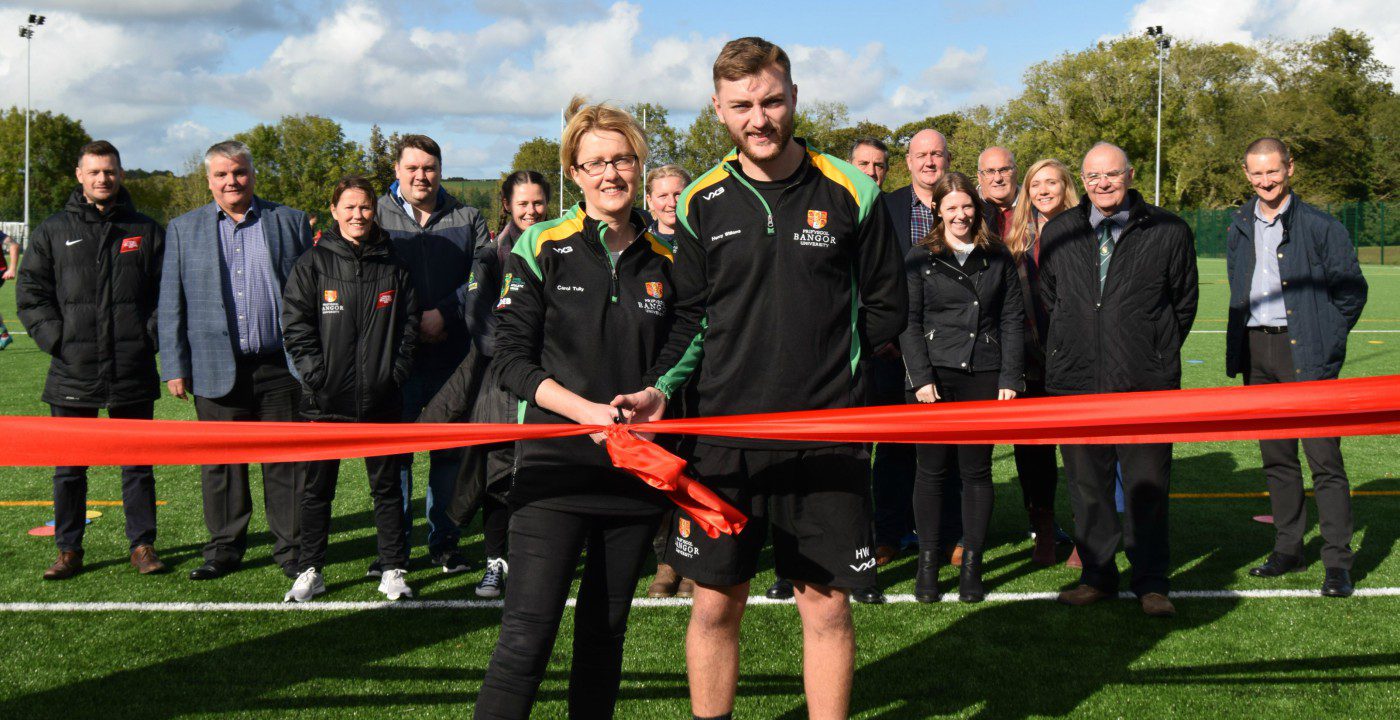 A former Rydal Penrhos pupil officially opened an impressive new facility at a nearby university.

Henry Williams, who left the school in 2016, holds the position of Athletic Union president at the University of Bangor, was on hand to formally open their new 3G surface alongside other dignitaries that were influential in the planning and construction process.

Williams, who is the brother of ex-Head Girl Olivia, said: “This is something the student body is incredibly excited about and I look forward to a full season of fixtures to be played on this new pitch.

“In the past, we’d had to cancel a number of our fixtures due to issues with the old grass pitches but the technology behind this artificial grass means that we can host matches all year round with ease.”

The new pitch replaces two grass sites that were often waterlogged during the rugby and football seasons.

Williams has enjoyed a hugely successful time at the university since leaving Rydal Penrhos, captaining their senior rugby side and become a significant addition to their athletic provision.

He also played a massive part in the success of Rydal Penrhos’ rugby and hockey sides alongside the likes of RGC squad members Dan Owen and Efan Jones, emerging as a strong role model for younger members of the school community.