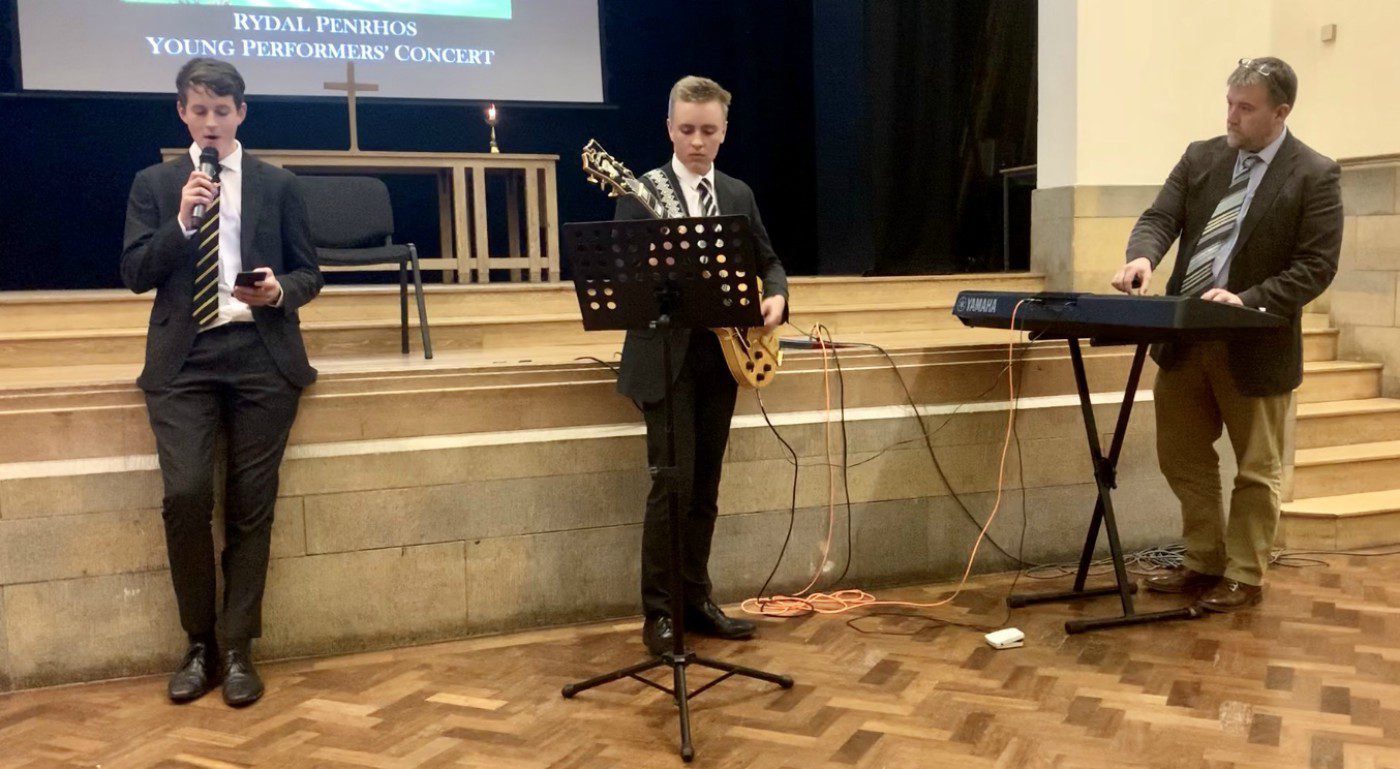 Some of Rydal Penrhos’ most talented musicians and vocalists took centre stage a special event recently.

The school held its first Young Performers’ Concert of the academic year earlier this month, which saw pupils from all year groups showcase their immense talent in front of a live audience.

Year 7 pupil Violet Roberts kicked off proceedings with a superb rendition of A Million Dreams from the hit musical The Greatest Showman, with David James’ version of Howard Shore’s In Dreams was standout feature of the event.

Upper Sixth Former Zahra Shamsi treated those in attendance to a pair of powerful vocal efforts in the form of Ordinary People by John Legend and At Last by Harry Warren which drew a standing ovation from the crowd.

Year 12 trio Harry Grocott, Richard Wolfendale and Tegid Goodman-Jones brought some swing to the concert with a rendition of Fly me to the Moon by Bart Howard, and the event concluded with the Senior School choir performing Blackbird by Paul McCartney and I Can See Clearly Now by Johnny Nash.

Director of Music Pete Williams, said: “Our Young Performers’ Concert was another rousing success and that is down to the outstanding level of performances by each pupil involved.

“They are not only naturally talented but also possess a strong work ethic and desire to improve their respective skills, which makes them a pleasure to work with on a daily basis.”