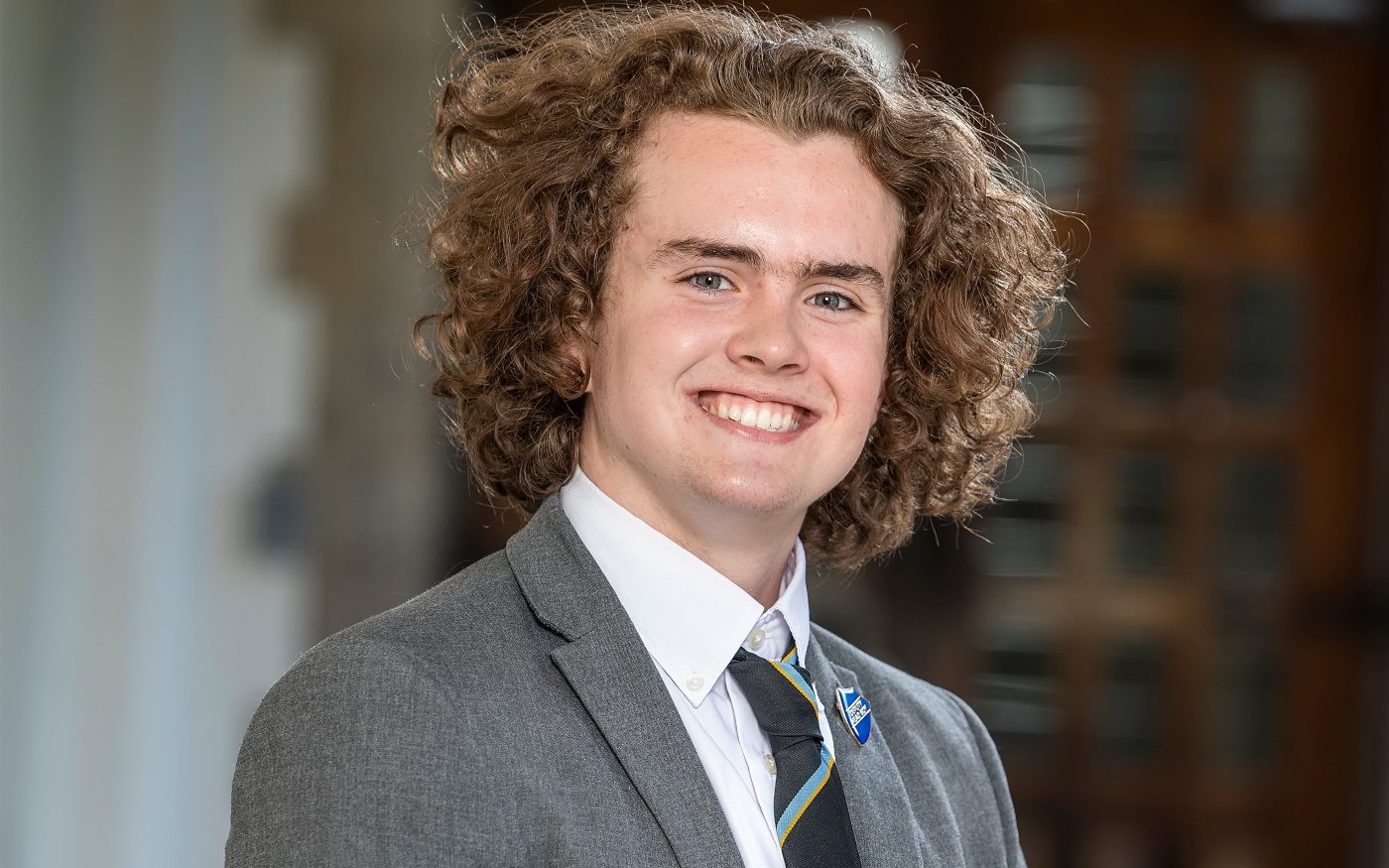 Outgoing joint-Deputy Head Boy Kevin Farrell reflected on his time at Rydal Penrhos as he gets set for the next stage of his journey.

Kevin Farrell, who is Rydal Penrhos’ outgoing joint-Deputy Head Boy, has been a fantastic ambassador for the school and achieved a considerable amount since enrolling as a Year 3 pupil back in 2010.

Not only is Kevin a strong academic, but he is a talented musician, a nationally recognised sailor, contributed to the school’s Welsh championship-winning hockey sides and also gave a flawless performance during the Rydal Penrhos Dramatic Society production of Les Miserables.

The Year 13 pupil is the embodiment of what can be attained from a Rydal Penrhos education. Kevin has seized every opportunity available and has flourished as a result, fully preparing him for the next stage of his journey at university later this year.

Speaking to the June 2021 edition of the Rydal Penrhos Society newsletter, Kevin reflected on his time at the school for a special feature.

So we are nearing the end of another strange term in a very strange year, but it hasn’t all been strange.

At last, we are finally on our way out of the ‘new normal’ and on our way back to the old normal which we all loved. With a successful vaccine programme we have finally managed to reduce the restrictions in school, and it won’t be long before the queue outside the dining hall is stretched to full length, and there won’t be a mask in sight.

Activities have been reignited, as pupils rolled back into school. The Astro is rarely empty after school, the gym has re-opened and clubs such as the Year 13 debate society have begun to meet.

After a longer than expected lockdown in the first term, we managed to get into school and be together once again for the final few lessons before the assessments began.

With many exams being cancelled earlier in the school year, we expected that it would be similar to last year’s events, but strangely enough, it has been one of the most normal of all the aspects of Rydal Penrhos life.

I don’t doubt that everyone sitting an assessment this year is working as hard as they can, and taking the positives from this different style of assessment.

These assessments in their unique form are no less important to the people sitting them than they have been for previous years.

I and many of my peers will be hoping to secure a spot in university next year, which can only be confirmed by performance in the internal exams. Although it will be sad to leave this school, I am very excited for the years ahead and the opportunities that await as I move on to the next chapter of my life.

I am very conscious that it is my last year at Rydal Penrhos.

It is not the finale I would have expected nor the one I would have picked, but there are some things that are completely out of our control.

When I leave this school, it will be the years leading up to this interesting plot twist of a final year, that I will cherish and look back on fondly for I know that I have had some of the best years of my life already, here at Rydal Penrhos.

I will remember this year as a blip, but a blip that I won’t ignore, or disregard as to the lessons I’ve learned, and the memories I’ve made have been very important.

I have been at Rydal Penrhos for the majority of my life. It’s the place where I have grown and developed into the person I am today.

It’s the community where I have met some of my greatest friends and the most interesting people.

It’s the home that I love dearly. And it’s the school where I have learned almost everything I know.

I am grateful that I have spent my youth in this wonderful school and I will dearly miss the old buildings, the satisfying learning and most importantly the community and the people that make Rydal Penrhos a school to be proud of.”