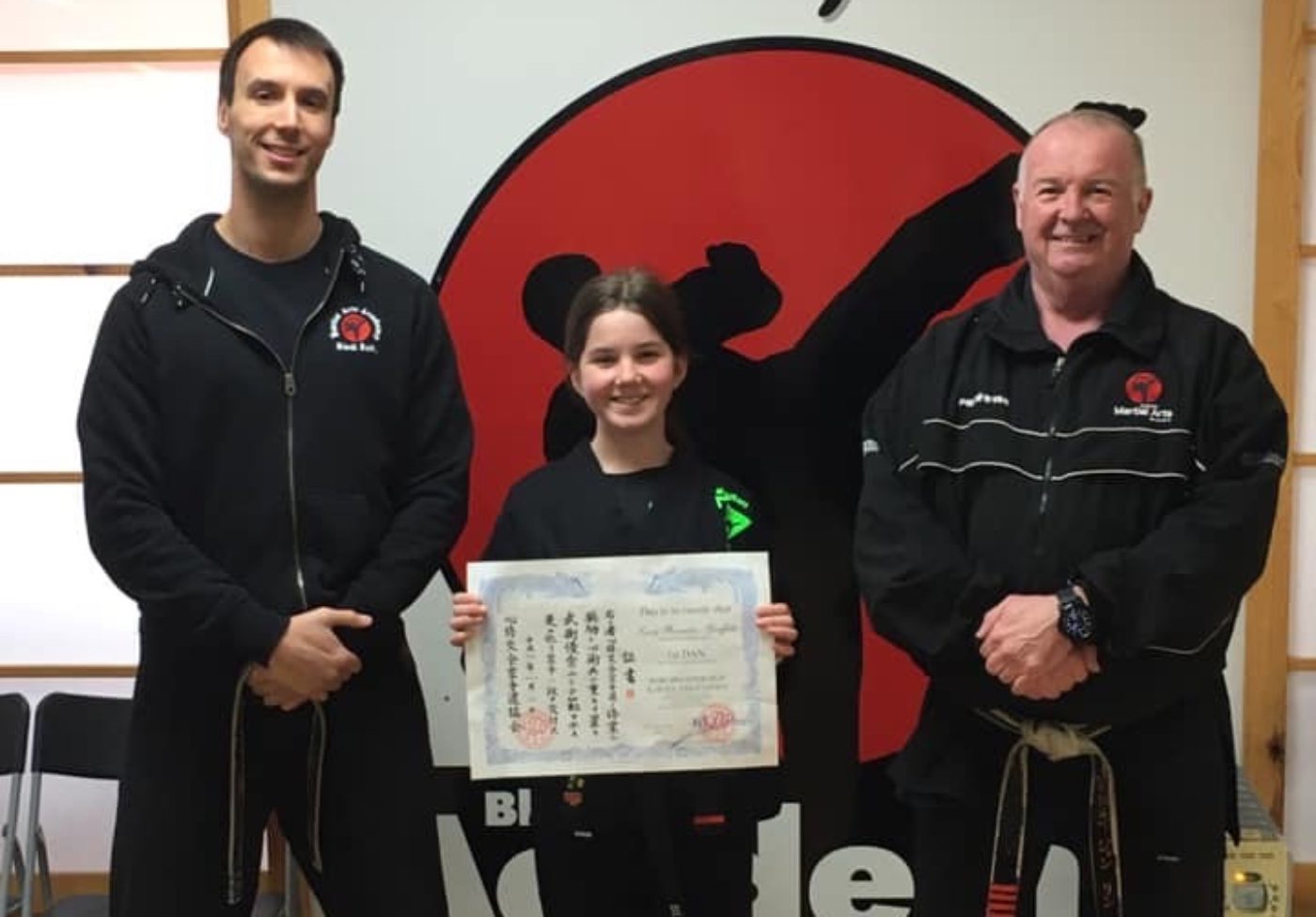 A Preparatory School pupil has been rewarded for years of dedication to the martial arts with a prestigious accolade.

Lucy Ranales-Griffiths, a Year 6 pupil at Rydal Penrhos, recently took the big step of trying to secure a Black Belt in Karate after moving to within one level of the notable achievement in September.

The determined youngster managed to perform exceptionally well in front of adjudicators, attaining her Black Belt in fine style.

This is the culmination of exceptional dedication over a considerable period of time from Lucy, who joined John Lynn’s Black Belt Martial Arts Academy in Colwyn Bay from an early age and has risen steadily through levels of difficulty to attain the distinction.

Lucy has been part of the Rydal Penrhos community since enrolling as a Pre-School pupil in 2012. She was appointed to the role of Brecon House Captain alongside Clarence Chasteau at the start of the academic year and has achieved a considerable amount during her time at the school.

The pupil was part of the U11 netball side that secured the Urdd Conwy Championship in convincing fashion earlier this year, and Lucy has also managed to secure some impressive recognition in areas such as Sailing and the Performing Arts.

Prep School head Lucy Davies, said: “This is a really impressive achievement from Lucy and one that she can look back on with an enormous sense of pride.”