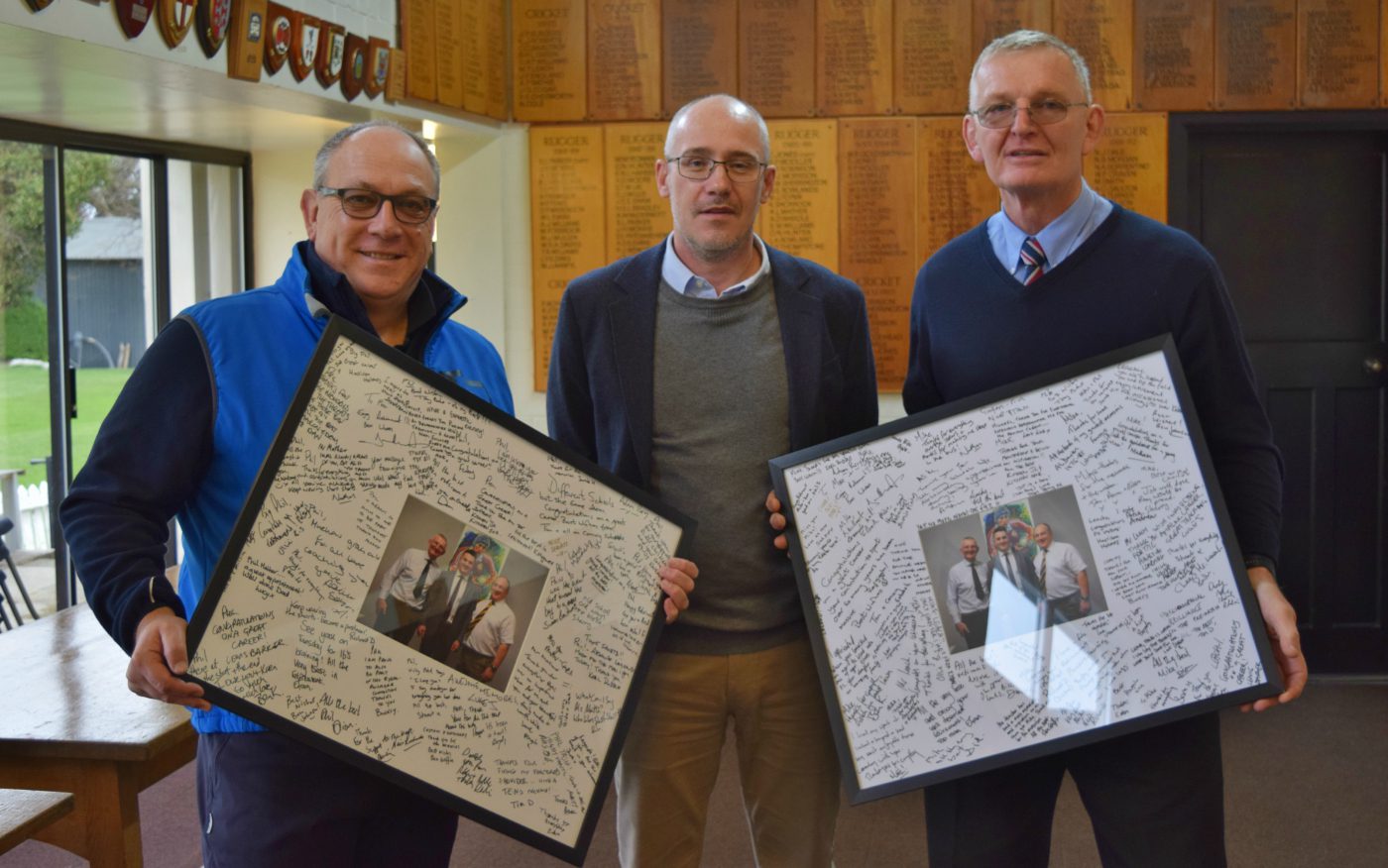 Two sporting legends at Rydal Penrhos received a special memento from a recent event to honour their careers.

Mike Leach and Phil Mather were honoured at the Vikings Rugby Reunion Dinner following their retirement from teaching and coaching aspiring players at the school.

During the occasion, former pupils and teaching staff were asked to fill in two picture frames with messages for the duo, which were framed alongside a photo putting the pair alongside current Welsh international Jonathan Davies, who was the special guest speaker at the reunion.

Vikings’ chair Marcus Copeland presented Mr Leach and Mr Mather with their picture frames in the New Field Pavilion earlier this month, with the gifts warmly received by the legendary duo.

Almost 150 people packed out the Ferguson Centre in January for the dinner, which was one of the largest gatherings of former pupils in recent memory.

Both Mr Leach and Mr Mather played a leading role in the development of rugby players at the school for three decades, with many going on to have professional careers and secure national honours.

Mr Copeland, said: “It was probably the biggest gathering of alumni at the school since the Centenary Dinner in 1985, which goes to show the sheer volume of love and respect that staff and ex-pupils share for Mike and Phil.”