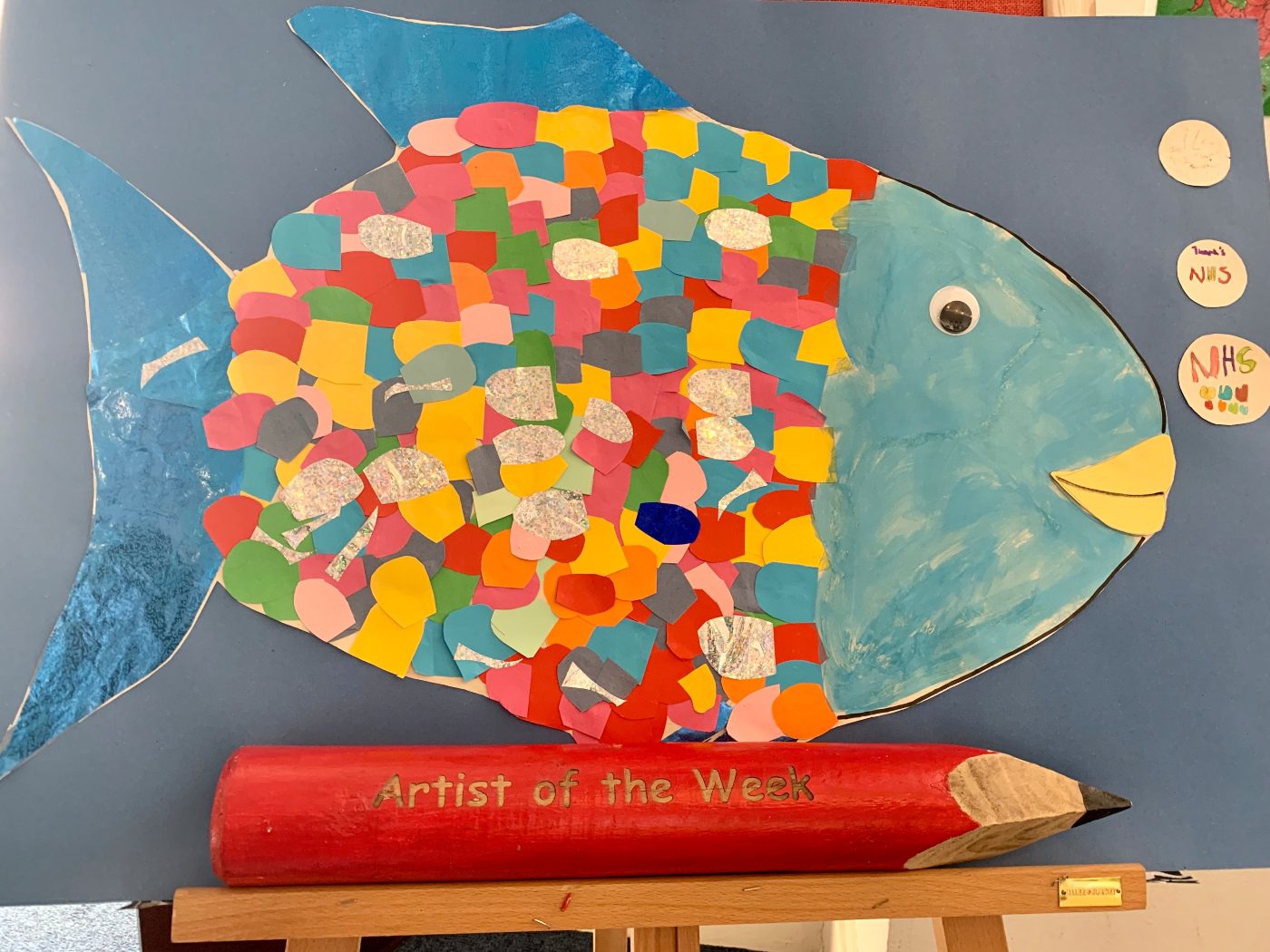 Today is a Bank Holiday and this had an impact on our pupil numbers but not on our staff enthusiasm for holiday craft projects!

My goodness me, the rate of industry was upped for the two young pupils who found themselves with the super keen combination of Mrs Merrick and Mrs Pyves this morning. Rainbows are all-around at the moment, a symbol of hope and thanks to all of the country’s keyworkers; the teachers read the book ‘The Rainbow Fish’ to our pupils and then embarked on a super-huge collage of the Rainbow Fish itself.

It’s fair to say that the teachers were very enthusiastic and the pupils a little bemused as to how all of the seemingly random cutting was going to turn into a picture of a fish. However two hours later…ta dah!  A beautiful Rainbow Fish and four very proud artists.

Their efforts were rewarded with being pronounced as worthy recipients of ‘Artist of the Week’ and a spot of suitable prominence in the school entrance hall! When Miss Simpkins and Mr Brown arrived in the afternoon it seemed that the former also had a crafty rainbow plan in mind. This time four children plus Mr Brown listened attentively and spent at least an hour cutting and stapling small circles of paper without a clue as to what they were actually making!

Again the end product was proudly displayed in the window of the entrance hall – a brilliant paperchain rainbow of course! Mr Brown celebrated his release from crafting with several rousing renditions of his favourite pieces on the piano (another hidden talent from a teacher!) and the four children were inspired to jump up and down to get rid of their craft induced leg cramps; meanwhile, Miss Simpkins was still perfecting the display of the paper chain rainbow until well after the last child had been collected.

Her repeated singing of the ‘rainbow song’ did rather jar the nerves after a while but at least I know the words now!