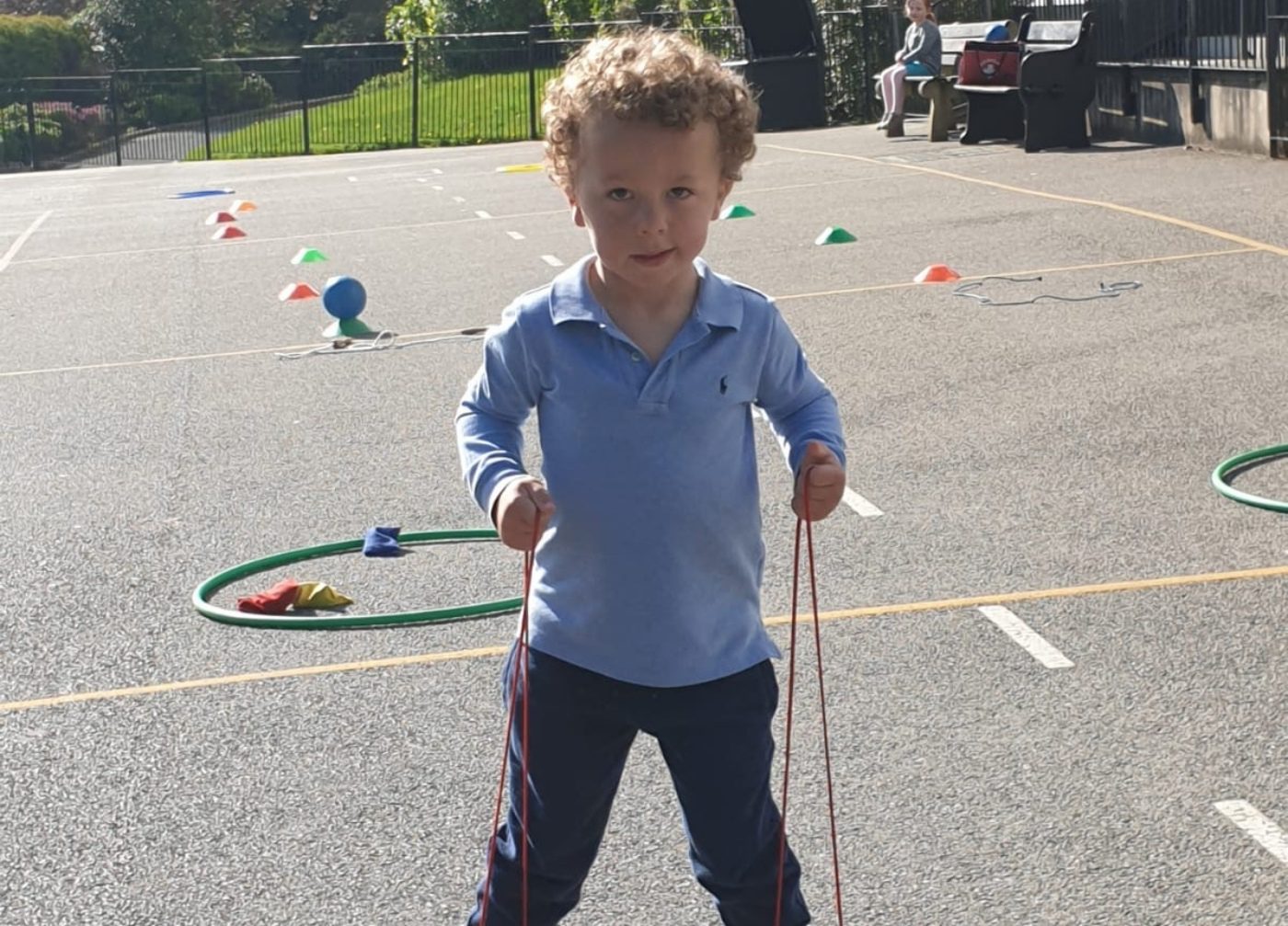 The activities here in school at the moment are often led by the children’s interests and yesterday they were very excited to chat about Captain Tom.

After ideas of running 100 laps of the playground in solidarity were quashed (the teachers had only just got over the Joe Wicks workout!), it was decided that they would make him a large birthday card for his 100th Birthday at the end of the month.

When children are keen on a task the industry level is suddenly supersonic! Everything was out…paint, pencils, pens, crayons, glue, beads and (argh!) glitter!! What a brilliant card they made and how proud they were.  We will send it to Captain Tom of course! In the afternoon Miss Bollan introduced outside badminton and Miss Earle introduced an inside role play game. Both were received with great enthusiasm by the children although the badminton went a little off course in the wind and I don’t think the true rules were adhered to!

The indoor role play game was ‘altered’ by the children to get rid of all the negative characters thus ruining the plot potential somewhat! Nevertheless, both activities completed with gusto.

At the end of the day, I tried to explain to the group that next week they would need to bring their learning packs/book bags as we would be starting lessons again. The response was interesting:  high delight from the pre-schoolers, waning down to a muted whimper from the Year 10 pupil!

We will try and make the most of the last day of our three-week ‘holiday’ tomorrow and then back to the laptops!