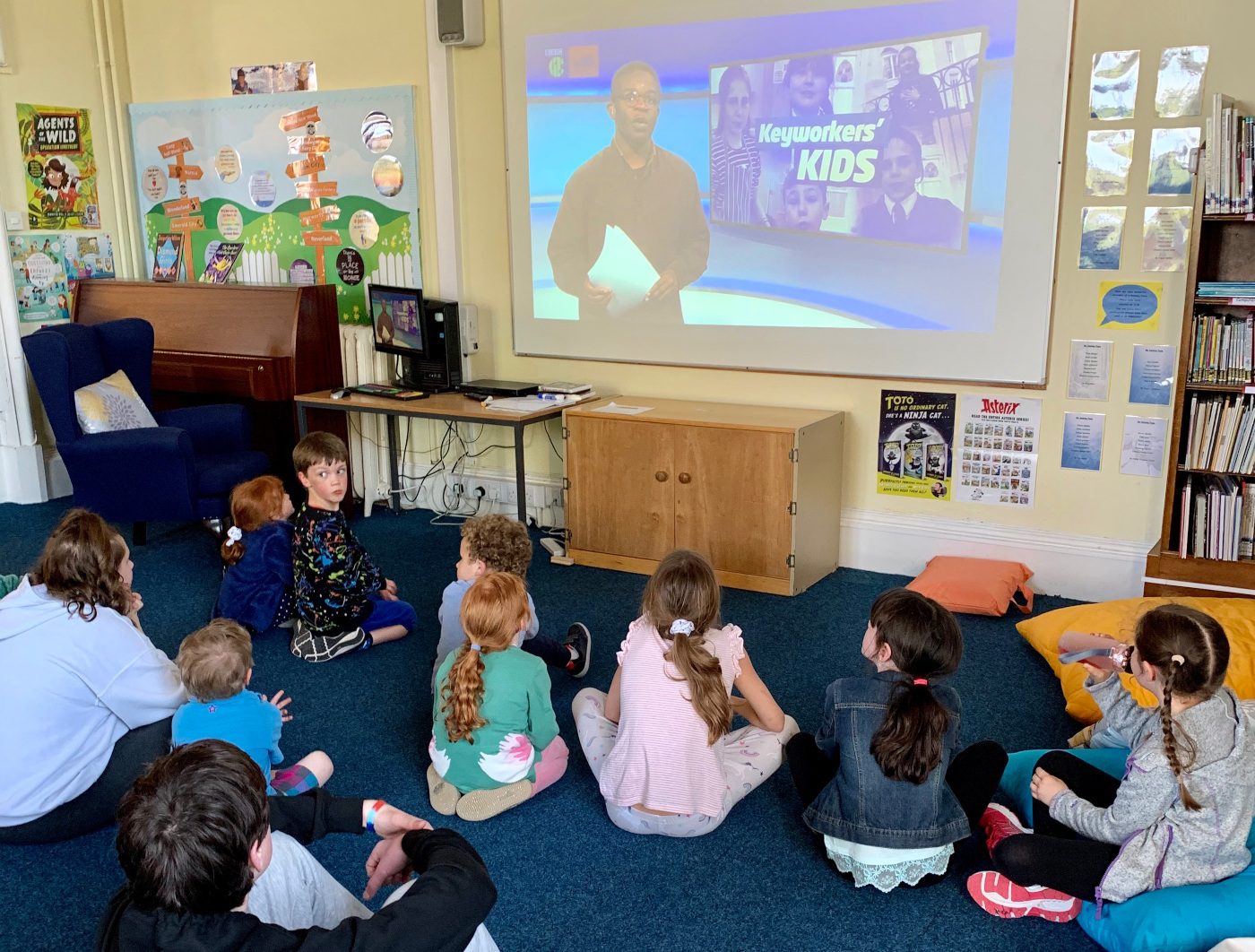 Today we were excited to appear on BBC Newsround! We were contacted two weeks ago by the programme (they had seen this blog) and asked to take some video of our keyworker pupils and how they were keeping themselves busy at school during the holidays.

I put this to the pupils who were in that day and they devised a series of ‘scenes’ around the grounds. Their ideas were initially a little ambitious considering that I was filming the whole process on my mobile phone!

Nevertheless, we stayed very professional with a number of ‘takes’ of each section and helpful suggestions from the group at every point (I’m sure you can imagine!).

Our most ambitious scene involved all ten pupils hiding in and around a tree and then suddenly appearing to wave goodbye. Seems simple? Not so!

The Year 7 pupil who chose to ‘hide’ in the branches three-metres up soon discovered that delays in filming put a tremendous strain on her balancing abilities and the pupil rolled up in a ball amongst the roots took at least five seconds to extricate himself from this position thus giving the whole scene a rather agonising wait before he joined the wave!

In the end, we sent off 13 short clips to the BBC. They used three!  These were interwoven with clips another school who were far more organised, in uniform, and being interviewed inside to camera.

We watched the programme live yesterday and, inevitably, the pupils were very excited to see themselves on this long-running news programme for children (I remember the days with John Craven!) and were happy with their brief few seconds of fame. Needless to say, the epic tree scene didn’t make it through the edit!!

(The programme is available on iPlayer for those who’d like to see a few seconds of the Prep school in the sun – see if you can spot which teacher gets a very fleeting, starring role!).