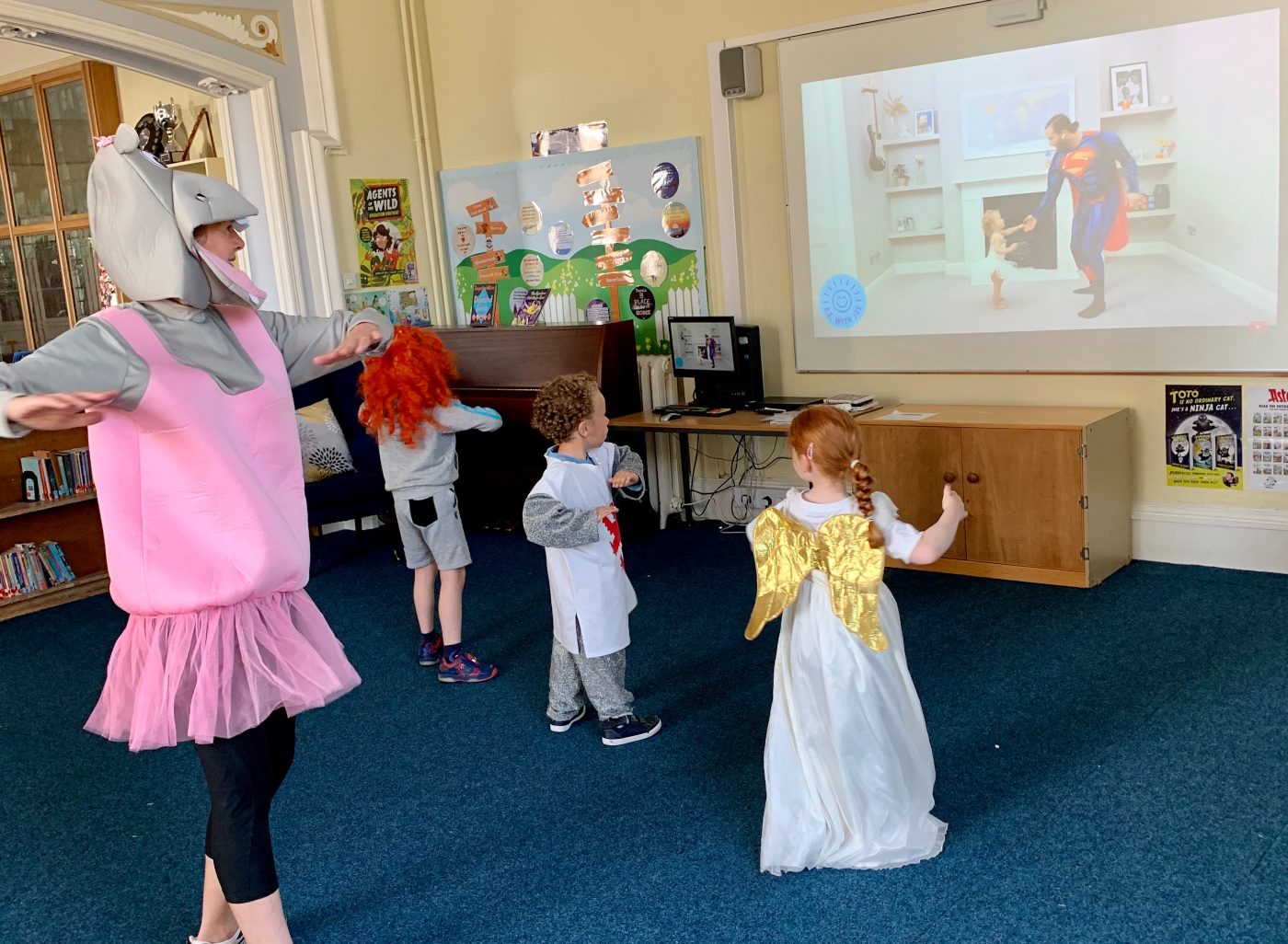 Well the end of another week, our fifth of school closure, and time to reflect on just how well we have adapted as a school.

Things have not been easy; schools thrive on interaction and face to face community and we have had to get used to interacting via a computer screen. This week has shown that Rydal Penrhos has risen to the challenge!

In school, our keyworker children have been just as keen as those at home to follow the suggested timetable given by their class teacher.

When Mrs Merrick said that her Year 1 class could start the day with fancy dress Friday she really meant it! She was on the rota to work in school that morning and turned up dressed as a hippo! As can been seen in the two photos her class also responded, whether at home or at school, by dressing up for their daily Joe Wicks PE session.

They completed all the moves regardless of how they were dressed and seemed to accept this as normal.

I suspect that what actually is ‘normal’ has slightly gone out of the window for our younger pupils.

They seem to accept each day as it comes and to try hard to complete all of the challenges they are set during the day.

This, in turn, rubs off on our older pupils who just get on with their lessons without complaining and embrace the changes. Couldn’t get them to wear the orange wig for PE though!