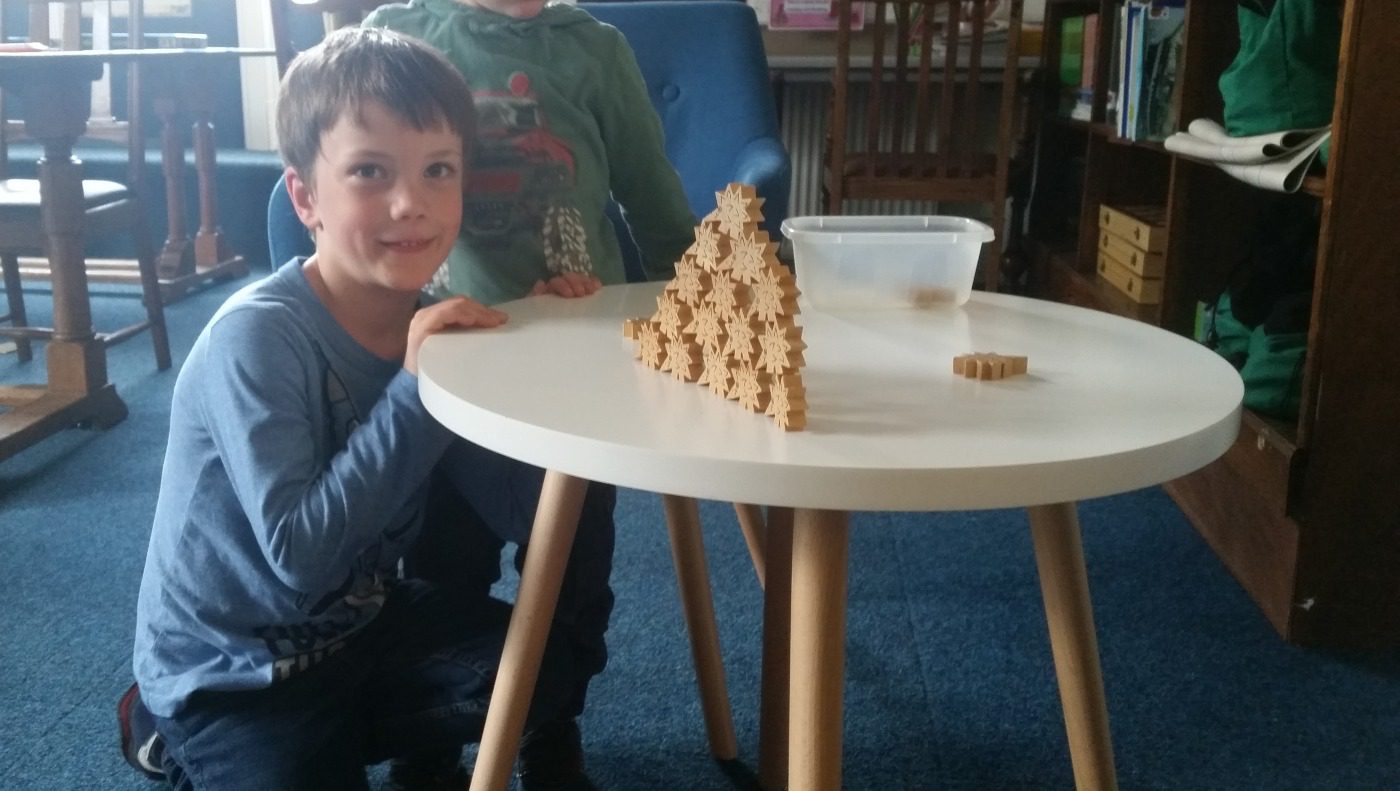 Today’s notes concentrate on resilience…the ability to keep going and to refuse to give up! This is one quality that every parent and every teacher tries to instil in their young prodigies; vitally important to the ability to learn independently. Well, today resilience triumphed amongst our keyworker pupils here in school.

Ollie (year 1) has been attending school fairly regularly over the past six weeks. During this time he has diligently and quietly spent a few minutes each day piling wooden hedgehogs on top of each other.

Now, bizarre as this may sound, it is actually a game of careful balance and is very difficult – you need a steady hand and a very steady table (not so easy with everyone leaning on it to watch you!). The idea is to make layers of hedgehogs, seeing if you can make one rest on a fifth layer.

Everyone has had a go, including teachers. Initially, we were thrilled when Oliver made it to three layers; after another couple of weeks, he had mastered four…and finally today he has managed to balance a hedgehog on the fifth layer!

There was much hearty congratulations and evil stares as others rushed to the table to see, we all shouted, “don’t touch the table!” at the same time, the wall of hedgehogs swayed ominously, but stabilised just long enough for the photographic evidence to be captured!

Oliver (pre-school) also showed great resilience today. He literally spent hours trying to get the remote control dinosaur to work. He wouldn’t be dissuaded from the task, older pupils failed to start it up, teachers were humbled as they said, “let me have a look” and then had to back down and admit defeat, “it needs new batteries”! 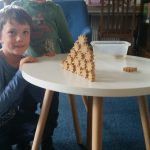 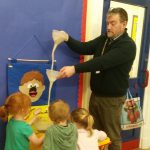 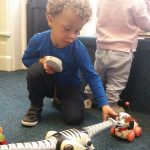 But suddenly a whirr of action and Oliver had done it!! Obviously a future robotics genius in the making.

On a different note, Mr Williams says he deserves a mention for resilience as he had to play with several of our youngest pupils at the sand table for over an hour!

He became very inventive and eventually performed the highest ‘sandfall’ in the world (according to a three-year-old witness!).

Stay resilient…a quality certainly needed by all in these very strange and difficult times. I’m off to clean up the sand and find the dinosaur, last seen heading off towards the hedgehog table!!!