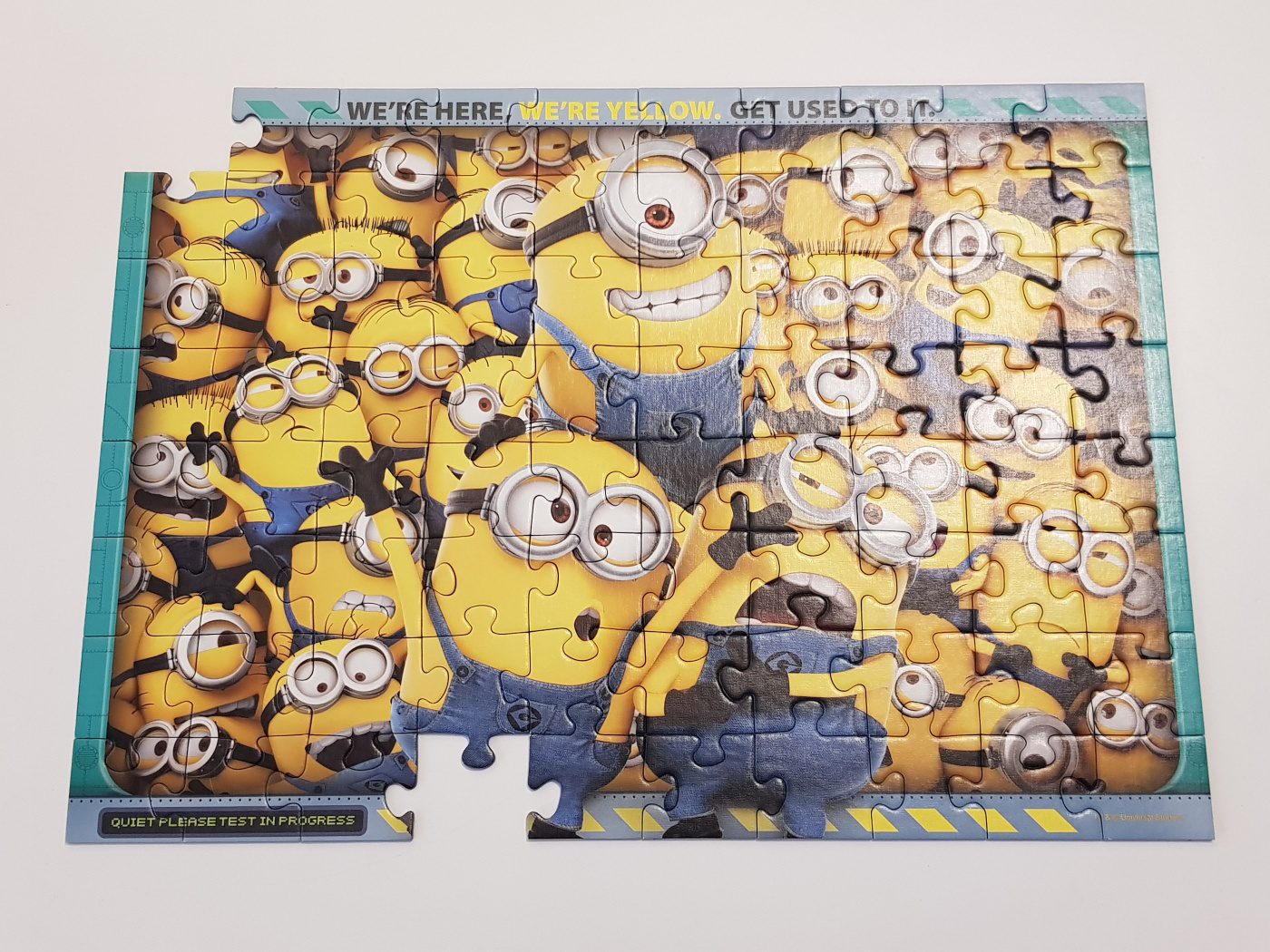 So for the first time, we had no pupils today…admittedly it was a public holiday but this was the first weekday without pupils since February half term and it felt very strange.

Earlier in the week, some pupils had spent quite some time completing the jigsaw in the photo.

Of course, there were two pieces missing! One of them astutely pointed out the writing at the top of the jigsaw; he thought for a bit and then stated, “we’re like the minions, we’re here and we’ve got used to it!”

I asked if he was also yellow! This sparked an interesting conversation with suggestions involving yellow paint and a lot of mess – ideas that were instantly quashed!

After three weeks of keyworker school, we have all ‘got used to it’ and we’re enjoying it every day. However, just like the missing pieces of the jigsaw, we don’t feel complete.

Everyone is looking forward to the time when we can open the school again and make the picture complete once more.

Until then we will continue to do our best to help front line staff by providing accommodation where needed, making and delivering PPE and preparing online lessons for 20th April…

Oh, and we’ll continue to look for the two missing pieces of the jigsaw…but this is a big building!