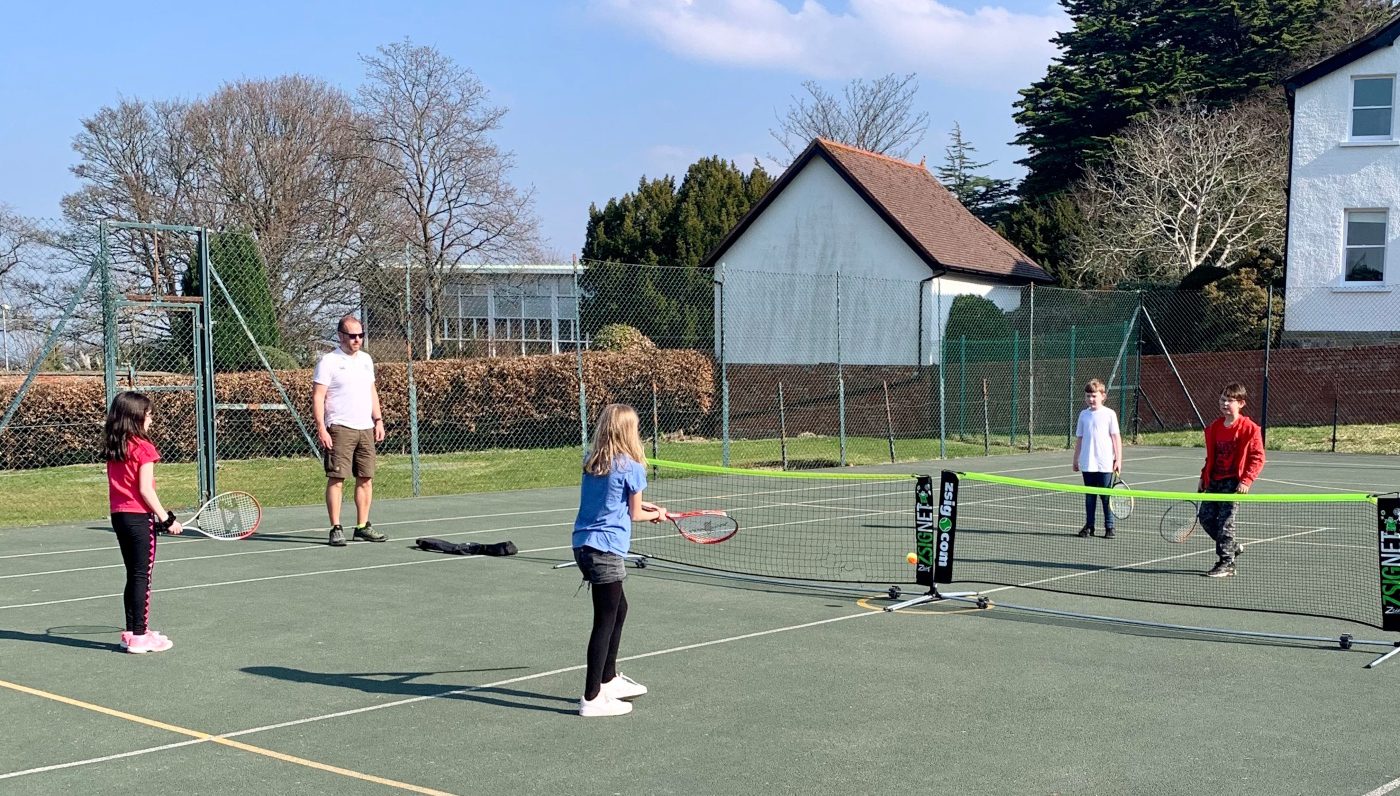 Because of the sunshine, you could be mistaken for thinking that we were at the end of the summer term when everything slows down a bit; however, 12 children can certainly make a noise as soon as their break begins!

We have observed some wonderfully interactive and creative play between 12 pupils varying in age from 2-13 who hardly knew each other before this week.

The school square skateboard craze is continuing but all have now learnt how to travel and spin simultaneously; this has progressed on to linking the boards (didn’t know they could link! We’ve had them for six months out on the playground!) and working together to get three people onto one longer board without fingers getting trapped – no-one argued, no-one got hurt, no sibling tension!!

At the other end of the playground four pupils used our foam house bricks to make up their own game of balancing and there was a great shout of delight as one of them finally managed to sit on a brick without any body parts touching the ground – sounds easy?

Pupil E heard me say this and said, “go on then Mrs Davies, you do it”. Luckily, I had a suit on and said that it wasn’t possible in such a tight skirt.

Pupil E’s inevitable response followed, “well take it off then!” – good reasoning from a four-year-old!

The afternoon was spent playing tennis on the prep courts, doing gardening in our pupil garden and going on a, thankfully, unsuccessful squirrel hunt! One day at a time hey.