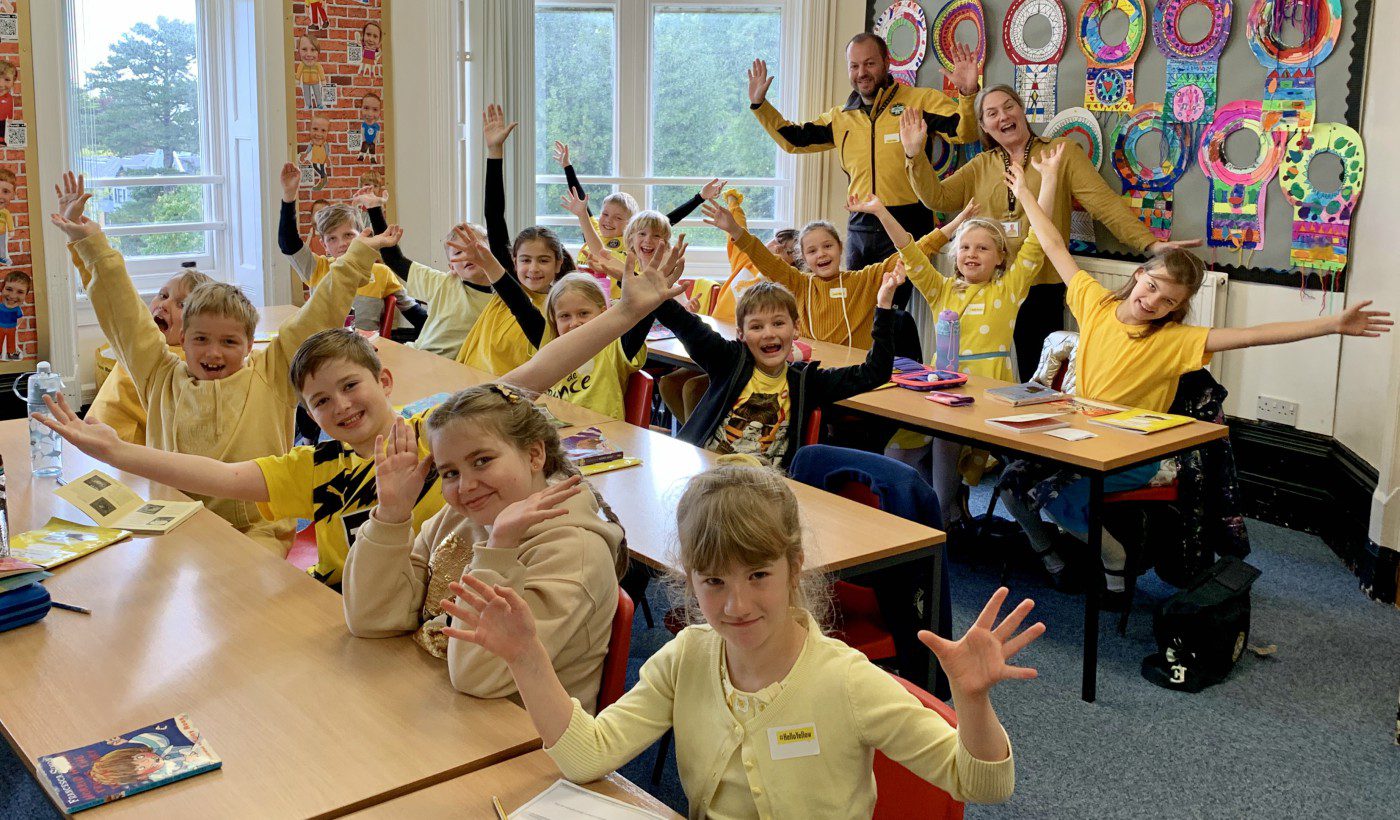 Helping others is a fundamental part of Rydal Penrhos Prep School life; small acts such as picking up a dropped pencil for another pupil are as important as a large fundraiser for charity.

However there is nothing as popular as a whole school dress-up day to raise money!

There’s something about the release from school uniform that always seems such an extraordinary pleasure to children of all ages…well not quite all.

Today our pupils from the age of two all the way through to 18 were encouraged to ditch their school uniform in favour of their own choice of clothes, the only stipulation was that the outfit should include at least one yellow item.

The whole school duly obliged and who knew that yellow came in so many shades.

The object of the day was to raise awareness and raise funds for the Young Minds charity and hundreds of pounds were generously donated. However it should be noted that not all of our pupils wanted to relinquish their uniform for the day; several of our pre-schoolers were tearful at the gates this morning!

Having waited so long to proudly wear their school uniform, they were now being told that they had to wear something else instead. Admirable refusal spirit was apparently shown at breakfast tables across the area, before the yellow jumper was prized over the reluctant small head!

I wonder how long this love of uniform lasts? I secretly suspect that pupils throughout the school are proud to wear our school uniform, it’s just not at all cool to show that pride!

As a finishing thought on non-uniform days I would point out that school staff need to ‘gird their loins’ for days such as this; not only do they have to wear yellow (or even more outlandish costumes) but pupils ALWAYS get very excited on non-uniform days. As if to prove this point I overheard two seven-year-old girls talking as they passed my open door this morning. I kid you not, the conversation went as follows:

Pupil 1: Do you think I seem a bit over-giddy?

Pupil 2: Not really… but the yellow doesn’t help does it!

It was all a bit Enid Blyton….oh well, that’s it for ‘over-giddy’ until Pudsy rides back into town on 13th November! 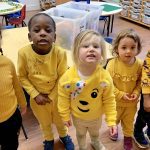 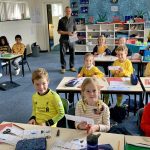 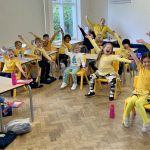 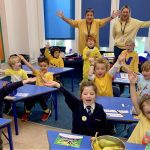 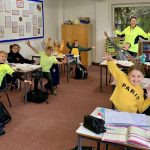 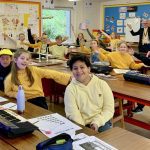 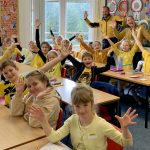 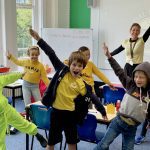 Stars of the Week: 9 October 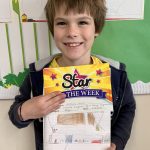 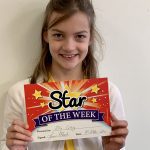 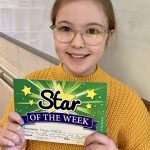 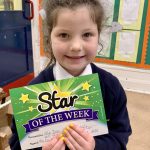 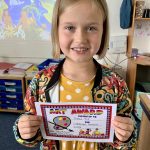 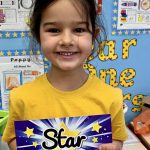 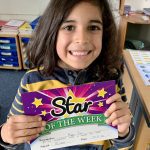 Martha-Rose: Performer of the Week