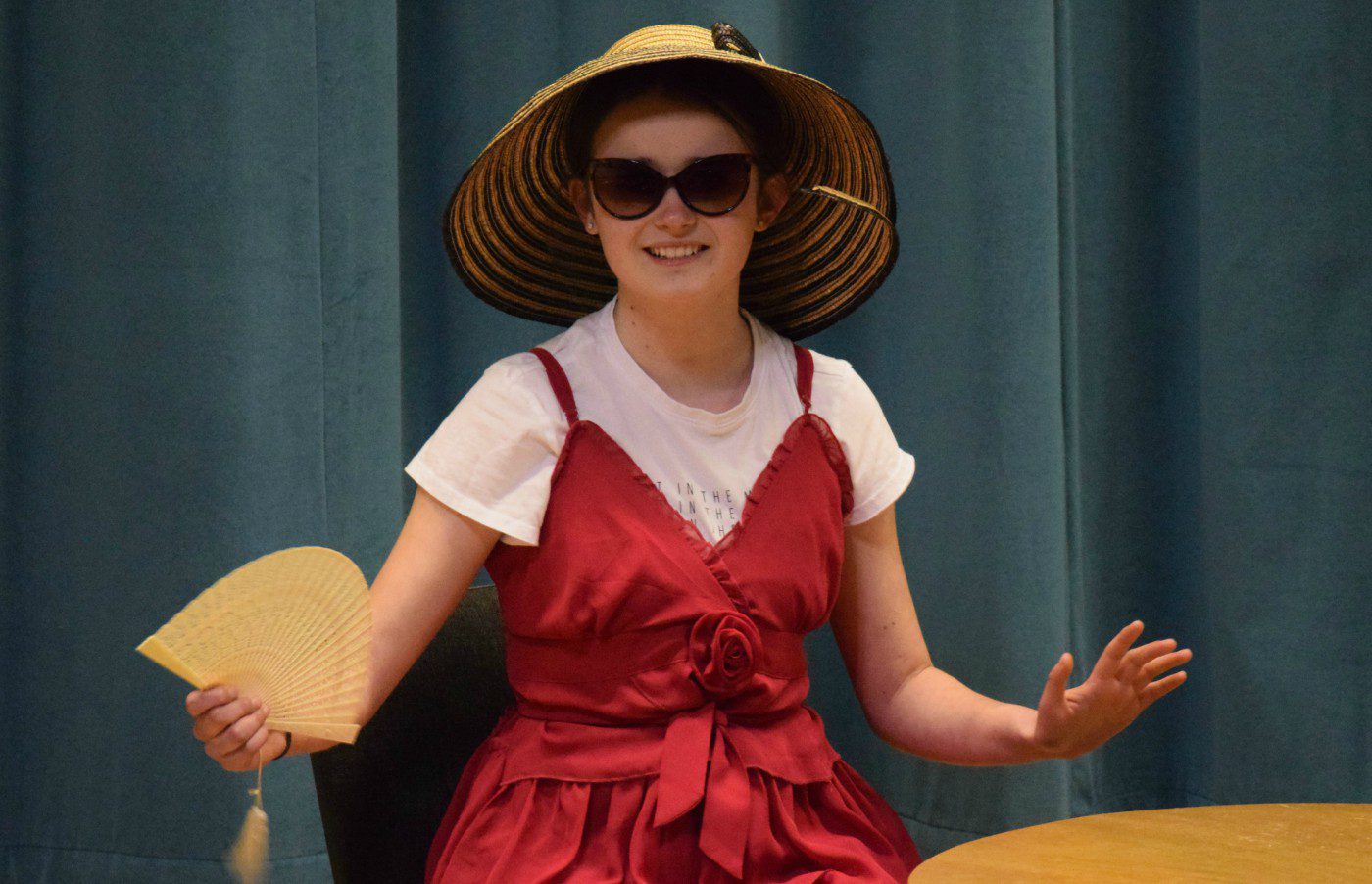 A confident and fun-loving pupil that has been a joy to have at Rydal Penrhos, Ada is another of the school’s outstanding vocalists.

She made a successful transition to the Prep School with minimal fuss as a Year 6 pupil, quickly establishing herself within the group and standing out in a number of areas.

This trend has continued throughout her time at Rydal Penrhos’ senior site, which has seen Ada flourish from a performing arts perspective thanks to her passion and ability to showcase her immense talents in front of a live audience.

The youngster was part of the Dramatic Society cast for their incredible production of Les Miserables last year, and her contribution to the recent Speech and Drama Comedy Night alongside Ruby Merrick, Eve Durrans and Lily Davies was one of the event’s prominent highlights.

Ada has also lent her support to various concerts put on at Rydal Penrhos during the academic year, and she is a member of the school’s jazz band after improving her saxophone playing superbly in recent months.

She has achieved tremendous success from the Chester Festival to further enhance her overall experience and has also participated in various inter-house competitions during her time at the school.