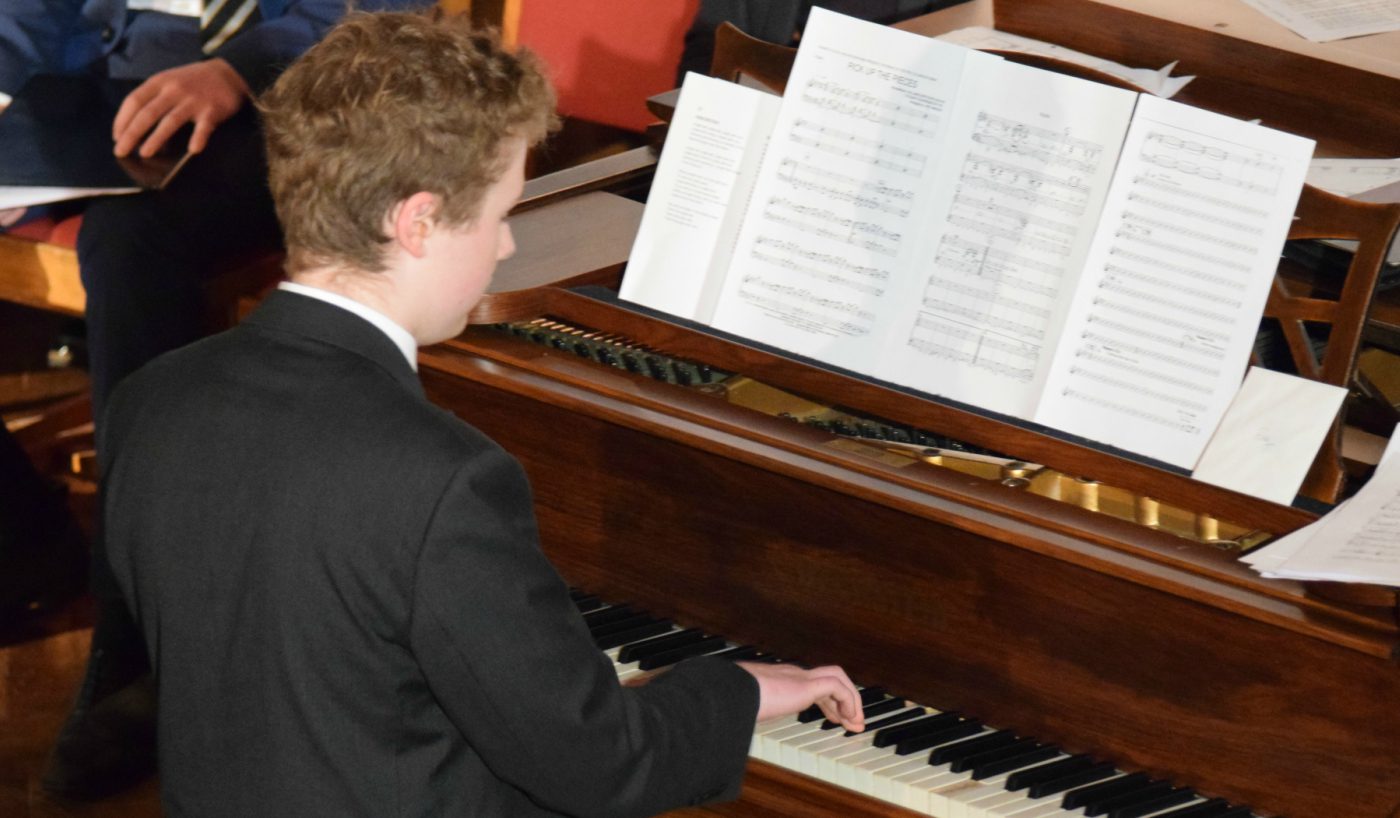 Harry joined Rydal Penrhos as a Year 7 pupil in 2014 and has grown in stature during his time at the school.

He has a quiet, polite demeanour and has emerged as one of the school’s most gifted performers. Harry possesses a fantastic talent for piano playing that has come to the fore on countless occasions.

The teenager is currently working towards his Grade 8 Piano from the Associated Board of the Royal Schools of Music, which he is doing alongside four A Levels in Maths, Music, Physics and Chemistry.

Harry has produced some accomplished individual performances at various events put on by Rydal Penrhos during his time at the school, in addition to playing at inter-house competitions.

He was also one of the highlight acts at the annual Christmas Concert, teaming up with Tegid Goodman-Jones and Richard Wolfendale for a fantastic contribution to the evening.

The Lower Sixth Former is an exceptionally strong academic, which resulted in some outstanding GCSE results last summer.

He managed to attain nine grades in Mathematics and Music, in addition to a pair of eights in English and Religious Studies as a result of his exceptional application and the guidance of Rydal Penrhos’ incredible teaching staff.

There was further cause of celebration in the form of an A* in Physics, A grades in Biology and Chemistry, two sevens in English Literature and Geography and a Distinction in Additional Mathematics.