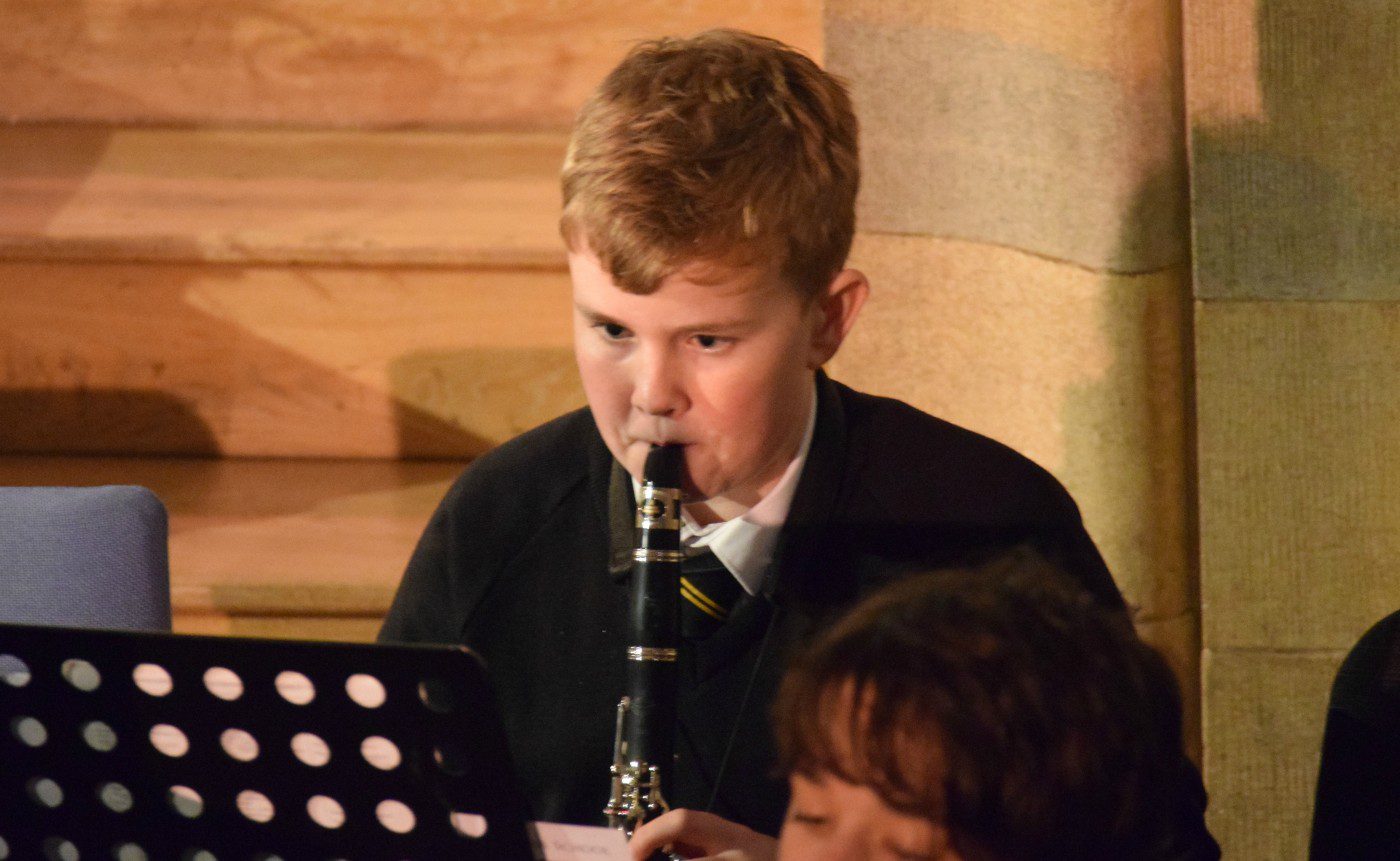 An accomplished performer who has grasped almost every opportunity available at Rydal Penrhos, Liam Farrell is continuing a strong family legacy at the school.

The brother of Sixth Form duo Eddie and Kevin has achieved a considerable amount since enrolling as a Kindergarten child back in 2010 and has thrived in a musical environment.

He can play in front of a live audience with aplomb, with Liam’s efforts on the clarinet coming in for significant praise.

This has included some impressive individual and group performances at high-profile concerts throughout the year, and Liam is also contributing significantly to t4he school’s Jazz Band during the academic year.

The pupil is thriving within a classroom environment and was recently part of the Rydal Penrhos team that competed at the United Kingdom Mathematics Trust’s Junior Team Challenge regional heat.

His exploits in hockey have seen Liam secure North Wales Championships with the school’s U14 squad and for his lock club at Eirias.

Liam is also a national sailing squad member after developing his skills considerably on the water in recent years, something which also propelled the pupil to the UK Feva National Junior squad, which is another remarkable achievement from the multi-talented youngster.