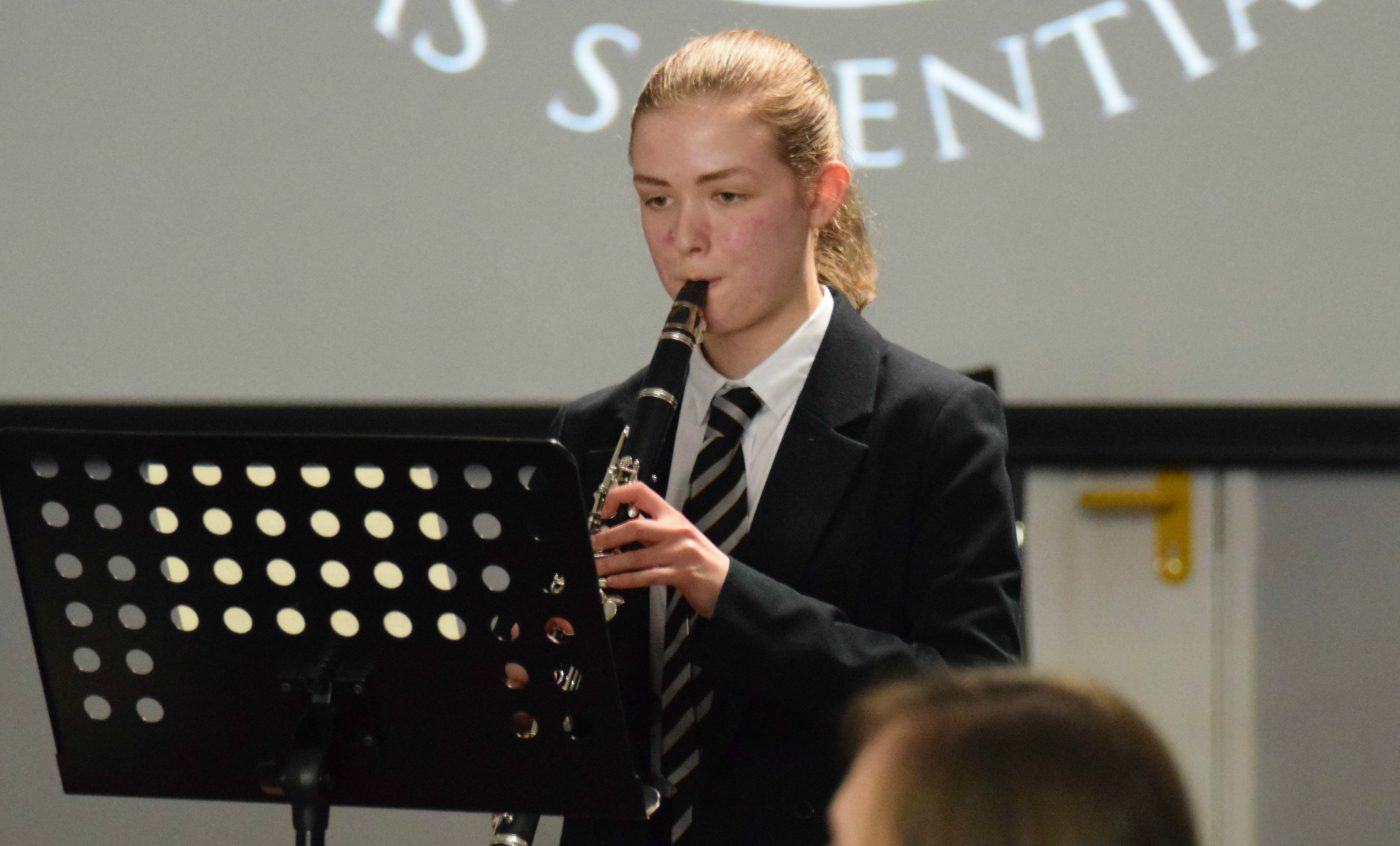 Niamh has been at Rydal Penrhos for the entirety of her education and has developed into a truly magnificent musician.

The Lower Sixth Form pupil joined the Prep School as a Reception class child in 2005, developing her academic prowess, and it was not long before her love and talent for music came to the fore.

Her piano playing has been a notable highlight of this, with Niamh wowing audiences at various concerts put on during the academic year and drawing widespread praise for her poise in front of a live crowd.

Niamh has an exceptional grasp of compositions, which was reflected in the pupil attaining a Distinction in her Grade 8 piano examination administered by the Associated Board of the Royal Schools’ of Music.

She has also developed her Clarinet playing extremely well in recent years, and Niamh can now boast a Grade 8 ABRSM Distinction in this particular instrument.

The teenager produced an incredible performance in front of adjudicators to secure 132 out of a possible 150 marks.

Niamh is working towards her ABRSM diplomas in piano and clarinet, putting in a significant amount of work alongside her A Level studies.

The pupil is also a very talented artist and has been a big part of Rydal Penrhos’ Sixth Form Charity Committee during the last few months.