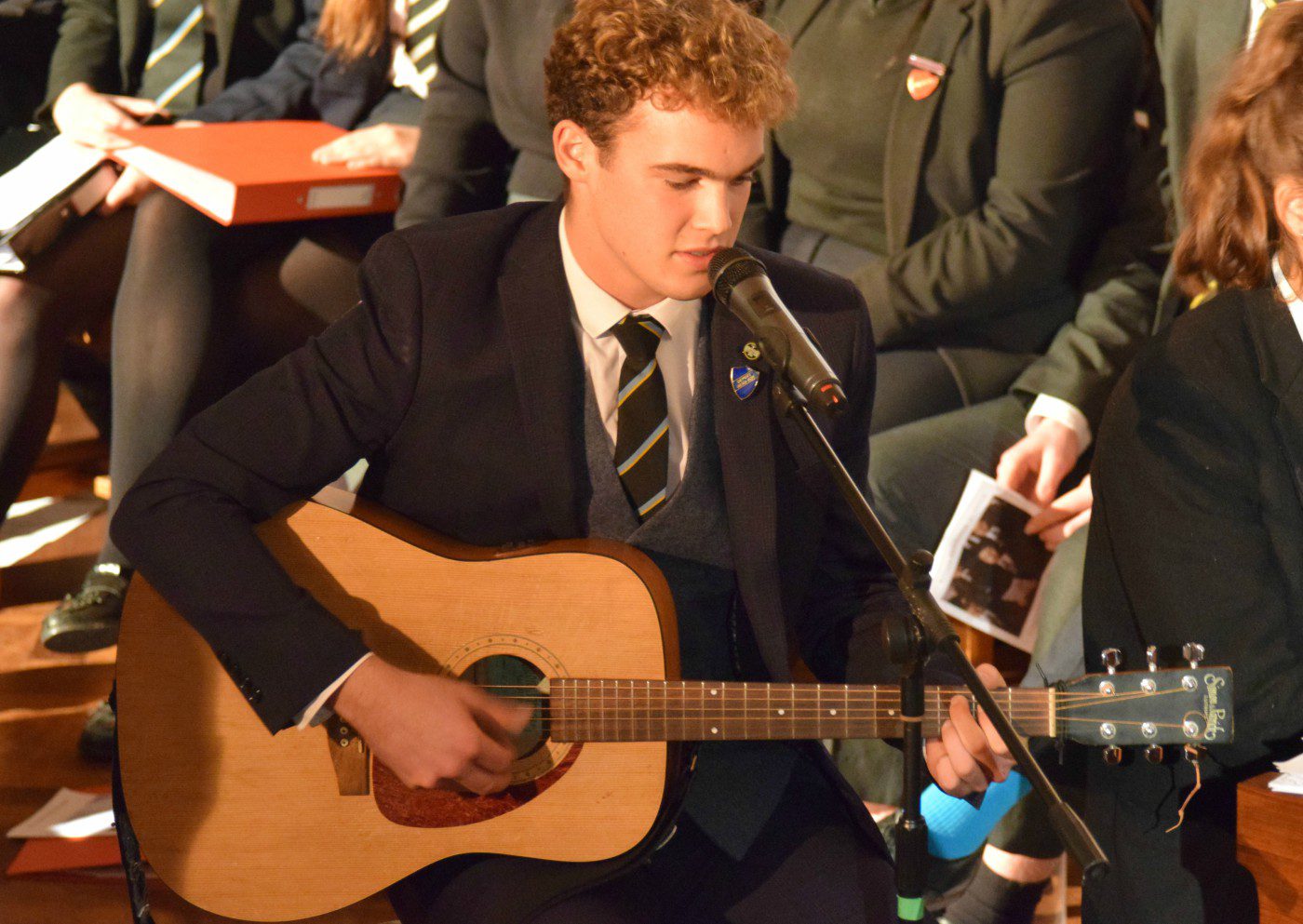 Ollie is a polished performer who has made a lasting impact on Rydal Penrhos life during his time at the school.

The teenager arrived at Rydal Penrhos in Year 12 during the start of his Sixth Form journey and has thrived on stage at various different events.

He is a very talented guitar player and marked his first Christmas Concert in 2019 with a duet alongside exceptional vocalist Zahra Shamsi.

Ollie followed this up with three notable contributions in 2019, which saw him perform alongside sister Megan Gibson and also sing with Tegid Goodman-Jones, Eddie Farrell, Ioan Peake-Jones and Kevin Farrell.

The pupil also lent his support on the Cello to a performance that also involved Richard Wolfendale, Tegid and director of music Pete Williams.

His crowning glory came last spring when he played a prominent role in the exceptional Dramatic Society production of Les Miserables. Ollie took on the role of police inspector Javert and rose to the occasion with incredible poise.

Ollie is a prominent member of Rydal Penrhos’ rugby and hockey sides, helps with fundraising and is a strong academic ahead of his A-Level examinations later this year.