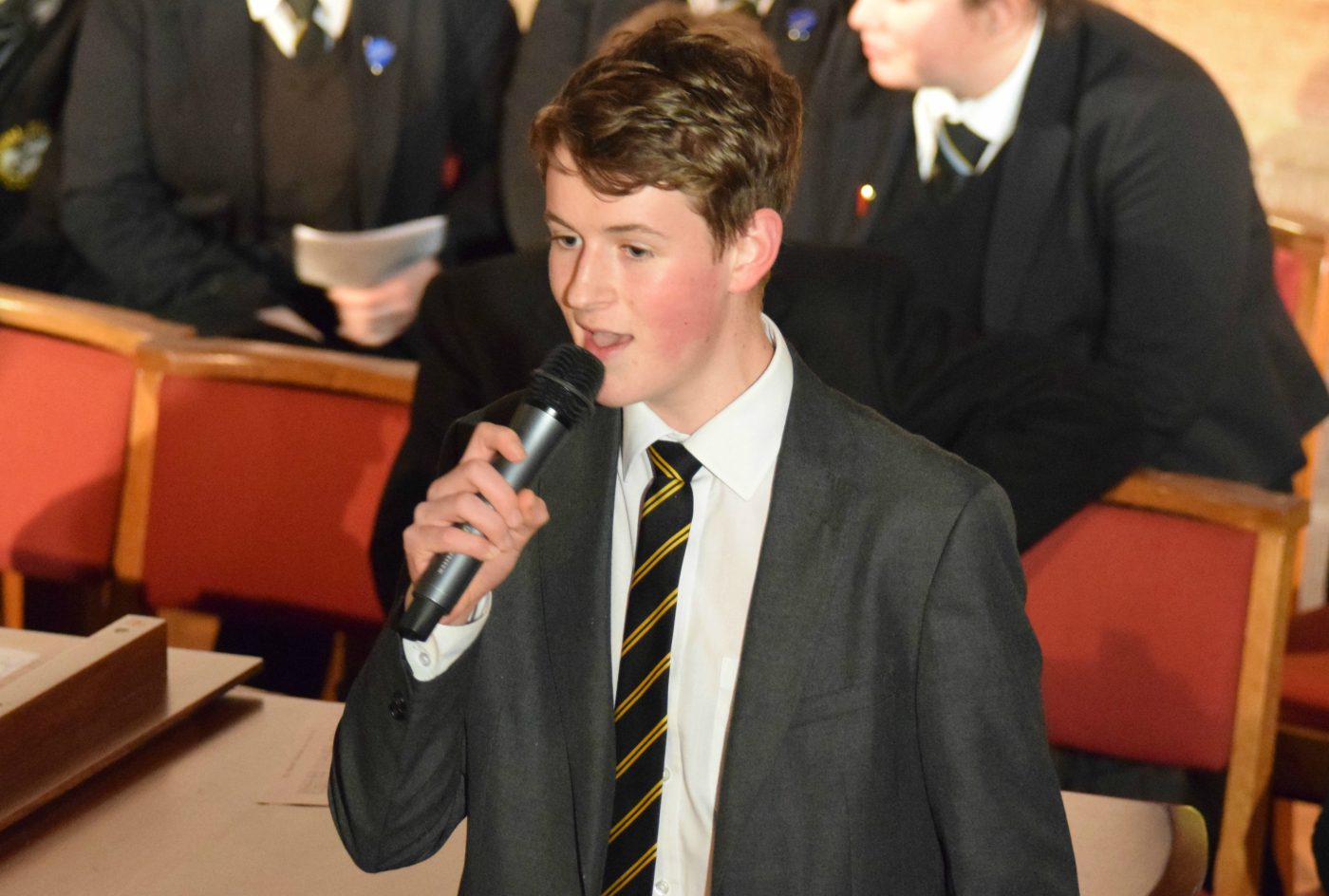 Tegid has enjoyed a glittering time at Rydal Penrhos since arriving on a Music scholarship as a Year 9 pupil in 2016.

This includes achieving a wealth of regional and national competition successes to further enhance his reputation as one of the brightest young singers anywhere in the country.

Among his most notable accolades is the double he scooped from the Llangollen International Eisteddfod in 2018, and Tegid also possesses a number of Urdd National Eisteddfod trophies thanks to his sterling efforts on stage.

He is a prominent feature in the wealth of Concerts put on by the school throughout the academic year, in addition to prominent community events such as last year’s Daily Post Schools Awards, where he sang two Welsh songs and received a standing ovation from those in attendance.

Tegid’s ability to shine on stage came to the forefront during last year’s incredible Dramatic Society production of Les Miserables, where the Sixth Former played the role of Enjolras with aplomb.

The pupil is also a national champion in hockey thanks to his involvement with Rydal Penrhos’ senior sides, in addition to earning a selection to the North Wales regional squad.

In addition to his individual music exploits, Tegid has performed incredible well alongside his peers during the Christmas Concert and is developing his guitar playing skills considerably.