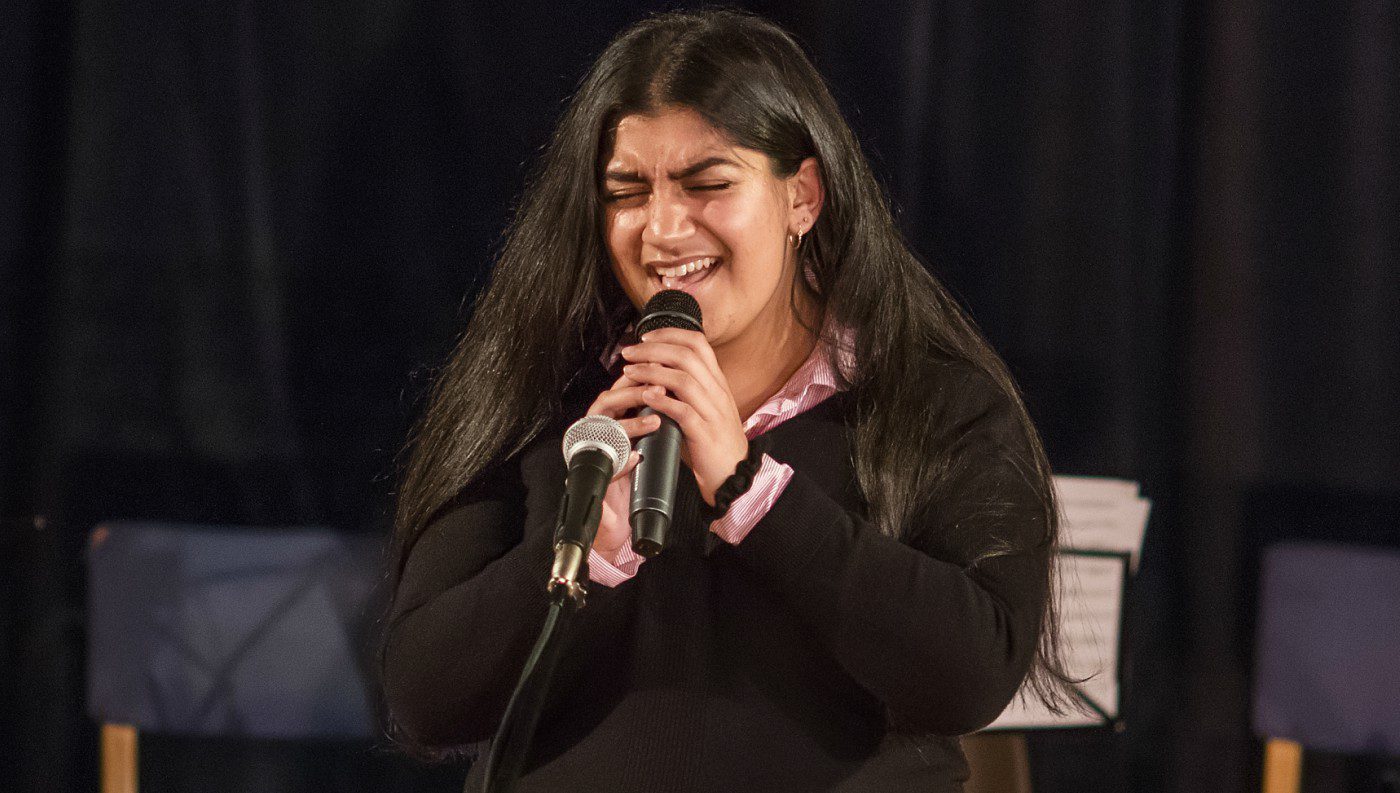 Zahra is widely recognised as one of the most powerful and polished singers throughout Rydal Penrhos’ illustrious history.

She has visibly grown in confidence on stage since arriving as a Year 3 pupil back in 2009, and Zahra is now at the forefront of every production and concert that is put on by the school throughout the academic year.

The Sixth Former has plenty of experience on the big stage, with Zahra playing a significant part in the hugely successful production of Annie the Musical, which drew 1,000 audience members over a three-night period in 2017.

Her crowning achievement was the depiction of Éponine Thénardier during last year’s Dramatic Society production of Les Misérables, which was a further demonstration of her exceptional vocal ability.

This has been further enhanced by her performances at high-profile events such as the Christmas Concert and RPS Showstoppers, with Zahra also showcasing her enormous talent at community events put on by Rydal Penrhos.

Zahra has become a huge influence within the Sixth Form community and co-chaired the Social Committee alongside Orla McGagh.

She also starred in a national campaign with mother Rahai to encourage more girl participation in sport as part of her involvement with the Mochdre Lionesses football team.