Anyone wishing to contact the Governing Body can do so by contacting Mr Guy Northern, Clerk to the Governors: GNorthern@rydalpenrhos.com

Julian’s career progressed quickly and, in 1985, he came back to Wales to work in Chance Pilkington in St Asaph. Now with children, two boys and one girl, Rydal, Kings and Howells provided their education. He still lives in the home he bought then although he has worked in many countries and travelled to 57 before a 4-year stint together with Gaby in China. In June 2012, Julian retired from his position as Managing Director for Building Products in China for the NSG Group of Japan which had purchased the Pilkington Group in 2006. He returned to North Wales was invited to become a Governor at Rydal Penrhos in December 2012.

As well as working with the school, Julian has set up a business with his eldest son and is currently working on another new business opportunity with his youngest son. His daughter is about to be awarded her MA at St Martins in London. Julian and Gaby feel they are busier than ever since retirement. 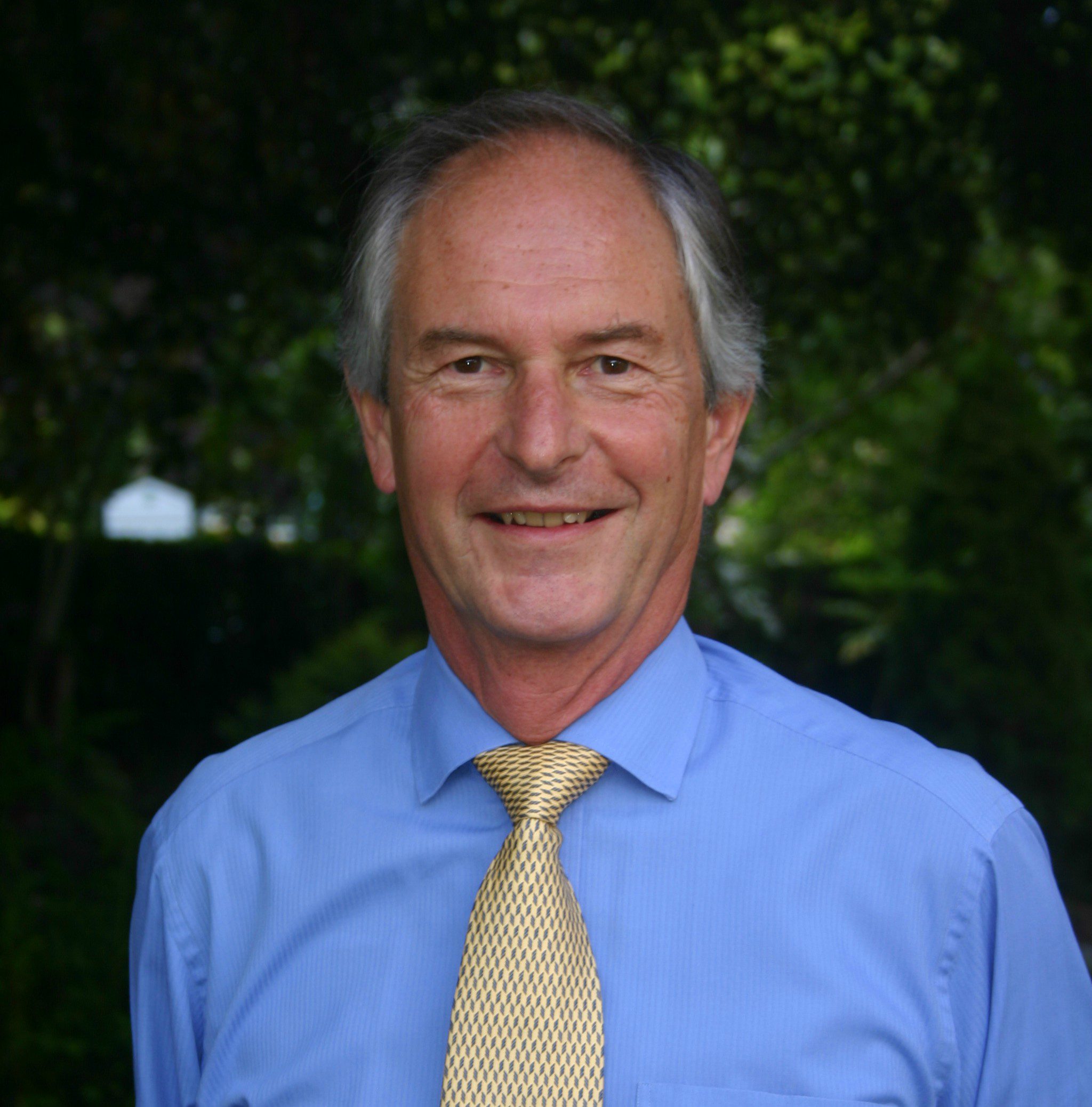 As the daughter of  Methodist Minister and Primary School Headteacher, my itinerant childhood was steeped in Methodism and education.

We lived mostly in the North of England and I was educated in various state schools.  I gained a teaching certificate at Coventry College of Education in Physical Education and Biology, during which time I met my husband, John, when we were working as voluntary outdoor education instructors in North Wales.

Teaching in secondary schools, marriage and then children followed and, after a year in Canada we moved to North Wales.  Whilst the children were young I did part-time teaching work at the University in Bangor with students and developed movement classes for the elderly and for pre-school children.

I also started an M.Ed degree which I finished whilst we were in Oregon, USA, for nine months.  Full-time lecturing at the University of Bangor followed on our return from Oregon and studies for a PhD.  At the same time we moved to a sheep farm on the edge of Snowdonia – another major challenge for the family.

My work at the University included running cross-University projects enhancing student learning, responsibilities as Vice-Dean of Faculty, validation of degrees, disciplinary panels, harassment advice and many other aspects of education that broadened my experience. My PhD studies enabled me to look in detail at some of the psychological aspects of students’ learning and specifically those that enable students to behave autonomously in their studies.

Within my Department I was Director of Undergraduate and Post-graduate Studies and responsible for quality enhancement of teaching and learning.  I was also privileged to travel for the University to China, Hong Kong, and the Philippines, with all the widening of understanding of different cultures that these trips entailed.  Following retirement from Bangor University I was offered a part-time post to administer a new Physical Education degree at the University of the West Indies in Trinidad and Tobago.

I did this for four years, spending four to six weeks at a time in Trinidad several times a year. In 2013 I was elected as a Governor to Rydal Penrhos School and, after my first meeting, was asked to become Chairwoman of the Education Committee.

Given my lack of experience of independent schooling, this was a surprise but an interesting challenge and it has been a privilege to work with staff and governors to develop an effective committee.  In 2018 I took on additional responsibilities as Vice-Chair of the Governors and, together with running the family sheep farm, life is busy and fulfilling.

John Wilford – Chair of the Audit and Risk Committee Upon leaving Rydal in 1977 I took up a commercial sponsorship with an engineering company, IMI, ahead of studying Economics and Business at Emmanuel College, Cambridge.  After two years with IMI travelling in North and Central America I went on to an MBA at London Business School.

Subsequently, I joined Lazard, an investment bank, in the mid-1980s – a time of great change, in the City of London, in the UK and in a globalising world.  I was fortunate to work with some of the most significant FTSE 100 companies of the time – Unilever, National Westminster Bank, Hanson, BAT, Thames Water – advising them on developing their businesses on the international stage.  I also worked with many less well-known names and in the early 2000s struck out independently, establishing my own firm, Advisare, in 2006 to work with a range of CEOs and CFOs as they built and grew their own businesses.

In 2010 I was asked by the current CEO to join Lloyd’s Register, one of the world’s leading professional engineering services firms specifically dedicated to safety.  My role is to help the organisation navigate the challenges of a business world increasingly dominated by technology, data and the digital economy.  Our aim is to keep safe and secure everything from ships and power stations to refineries and chemical plants – not just from physical challenge but increasingly from cyber threats in our digital world.

I was invited to join the Board of Governors of Rydal Penrhos in 2000, an honour I felt privileged to receive and to accept.  My other charitable roles have been as Chair of the Hammersmith Hospitals Charitable Trusts, a Governor of The Health Foundation and a member of the Appeals Council of Debra.

Having moved down for the first time to London over 30 years ago I am in many ways amazed to have remained for all that time.  I met my wife, Aviva, here almost 25 years ago and we live in North West London with our youngest son, still living the experience of exams and education!  To some extent born of the playing fields of Rydal I love all sports spending much time with family and friends on or at the side of rugby, cricket and hockey pitches – as well as the odd golf course! I was a pupil at another Methodist School, Kingswood in Bath before going on to read Modern History at Oxford leading to an MA (Oxon) and, following ministerial training at the Queen’s College, Birmingham, undertook further research leading to an MPhil and PhD (Birmingham).

I currently serve as Chair of the Wales Synod of the Methodist Church, having previously ministered in a number of circuits across Wales in Swansea, Ceredigion and Cardiff.

I am a Trustee of the Queen’s Foundation in Birmingham and the Amelia Trust Farm, and until recently also of Cytûn (Churches Together in Wales). Before entering ministry I worked for Citibank in London.

I am married to Jenny, an Anglican Priest and Rector of Radyr, and we have two grown-up children.

I have an interest in sport (rugby and golf) music (jazz) and am a published author and regular contributor to BBC Radio Wales and Radio 4’s “Prayer for the Day.” I was appointed Governor of Rydal School in 1989 and of Rydal Penrhos in 1995.

Howells School, Denbigh 1962-66 and Rydal School 1966-68. Certificate in Education from Westminster College, Oxford in 1971 (English and History) and a Certificate in Further Professional Studies in Dyslexia, University of Wales, Bangor 1996.

I retired from teaching in 2009 having worked for over 30 years as a teacher in both the private and public sectors, fifteen of which were as Special Needs Co-ordinator.

I was President of The Old Rydalian Club in 1995, I am also Chair of the Trustees of the Abbeyfield, Colwyn Bay Society. I was appointed Governor in July 2018. An appointment I am so proud of and one I truly respect.

I was born in Chester, and attended Upton County High School. Education was not top of the list for me. I was brought up in a wonderful one parent family going out to bring in money was the way to survive for myself, my sister and mum. This gave me the knowledge and understanding of how education is paramount. Just how important school is, the reality of how it should be embraced yet enjoyed. This experience also gave me a strong work ethic one I have adopted all my life.

After working with Cheshire Probation and After Care Service, selling homes for Barratt Builders, working behind bars and holding various Christmas jobs with High Street retailers, I finally settled and worked for Britannia Airways. Starting off a Cabin Crew and ending up as Cabin Crew Manager. I managed and was responsible for three of the Northern bases, and  800 cabin crew. I worked with a huge range of HR issues, development needs, and at times attended Employment Tribunals.

After having our son in 2007, I made the decision to leave the airline to be with him. In 2008 I applied to work within HM Courts and Tribunals. For the last 10 years I have worked within our Judicial process I have gained a full understanding of the law, the sentencing guidelines and the whole judicial process itself. Within my remit I am an appraiser, mentor and recruiter.

Since our son joined Rydal Penrhos in March 2012 my husband and I have fully engaged with our school. I have been a member and Chair of FORPS, attended open days representing or school as a parent, ran the book club, been involved in various adhoc sports days and a form rep.

I recently helped with the RNLI Conwy open day. I ran the raffle for the most wonderful people who are true hero’s. This is a charity I will continue to support through their various activities.

I support and have been asked to be part of the fundraising team for Ty Gobaith, this is a real privilege. I am looking forward to working with Sarah and her team.

We as a family are big animal lovers, I have rescued 4 donkeys, 7 pigs, 2 cows, and 3 cats. We also have 2 dogs, numerous hens, fish and 2 hamsters. All these are pets, the joy we get from watching them run around chasing each is priceless. I have been a Governor of Rydal Penrhos since 1988.

Following a Law degree and Law College, I qualified at a solicitor and still practice as a solicitor.

However, 23 years ago, I went into industry, working in the property development and investment field, and I am a Main Board Director at Emerson Developments (Holdings) Limited.

They are one of the UK’s largest privately owned Property Companies based in Alderley Edge, Cheshire.

My interests are predominantly in the sporting field and in education and charity work in Cheshire.