Due to the Covid-19 pandemic. Rydal Penrhos School staff are currently teaching remotely on government advice.

Our Prep School site is offering free childcare provision to keyworkers in the community. All calls made to the school are now being streamlined to the Prep site.

Please see the Coronavirus Information page located in the menu section of the site for the latest developments. 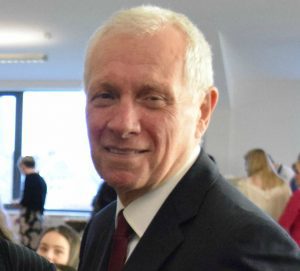 He is the Chair of Governors at St Aidan’s Primary School in Knowsley and has served as a Governor of Rydal Penrhos School since 2013 – a post he has now relinquished to enable him to take up this role.

In addition to his various roles within education, Mr Waszek served as a Non-executive Director of the Royal Liverpool Children’s Hospital (Alder Hey) for several years at a very challenging time for the Hospital following the publication of the Redfern Report into organ retention.

He is currently advising the new medical school at Edge Hill University on student admissions’ criteria. Lucy attended Rydal School before attaining a BA Hons in Anthropology at the University of Durham.

She gained her PGCE and PGCDL (Dyslexia) at Exeter and York Universities and a Masters in Educational Leadership at the University of Chester.

Her career began in marketing with global company Phillips and spent 11 years in UK state primary schools in the Nottingham area.

Lucy also spent 13 years in Qatar working in a British international School (3,000 on role) in various roles culminating in Head of Juniors.

She then returned to the UK as Head of The Firs Prep School in Chester before joining Rydal Penrhos.

Her hobbies include dog walking and textile design, in addition to writing and producing plays.

Lucy has led the Duke of Edinburgh’s Award scheme for more than 20 years and has taken expeditions to many countries including the Annapurna Trail in Nepal. 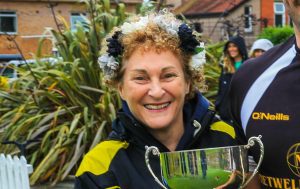 During this period, Mrs Harding has overseen everything from the curriculum, timetable structure, assessment, monitoring, in addition to GCSE and A-level options.

She is about to embark on her 29th year at Rydal Penrhos and her 41st in the teaching profession, and Mrs Harding has also been heavily involved in the school’s choir, orchestra, Dramatic Society productions, its Duke of Edinburgh programme and Badminton Club. 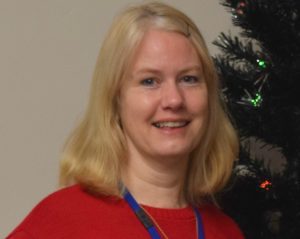 Helen was educated at Marple Ridge High School, gaining nine O Levels and four A Levels before attaining a BA (Hons) Accounting and Business degree at the University of Liverpool.

She qualified as an accountant with ACCA in 1997 and became a fellow in 2002.

Helen worked postgraduate in Liverpool for global accountants KPMG before moving to North Wales after securing a position with National Trust Wales, where she worked for 19 years.

Her hobbies include skiing, snowboarding, travel, adventure, yoga, Zumba and going for long walks with her puppy.

Helen spent a summer following her A Levels working as a volunteer alongside people from all over the world on a Kibbutz in Israel. 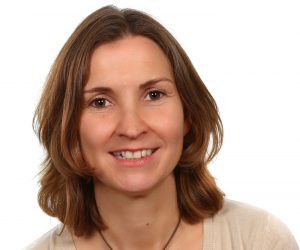 Alison gained a BEd (Hons) from the University of London, Goldsmith’s College and her first teaching post was at a large state primary school in Burton upon Trent, Staffordshire.

She joined Rydal Penrhos in September 2008 after developing her career within the independent sector as Literacy Coordinator, Key Stage 2 Coordinator, Head of Junior School, and ultimately Deputy Head of School (2 ½ to 16) at an Independent Day School in Poole, Dorset.

During that period, Alison took time to ensure her own professional development and gained a Diploma in Educational Management and her NPQH and spent a short stint as Secretary for ISA (Independent Schools Association) South West region, before relocating to North Wales. She has continued to actively engage with professional bodies during her time at Rydal Penrhos.

Since joining Rydal Penrhos, as Prep School Deputy Head, Alison coordinated the Maths and English and PSHE programmes in the Prep School. She served two years as Head of Prep School before taking up her whole school role as Head of Pastoral Care. Alison is the School’s Designated Safeguarding Lead.

With family, Alison enjoys exploring new places at home and abroad and visiting the theatre and other places of interest, walking, skiing and hockey (a recently rekindled thrill after 20 years’ absence). Has also been known to venture out to sea on a surfboard!

She also spent a year teaching in Yangon, Myanmar. 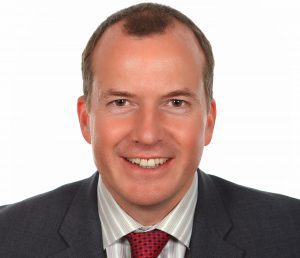 He is currently the Head of Science, Head of Physics and was recently appointed as a Senior Teacher.

Dave was a immensely talented cyclist and won the World Masters Track Cycling Championships during a career littered with significant achievements.

This included beating Jason Kenny in a track cycling sprint competition, before he won his six Olympic titles. 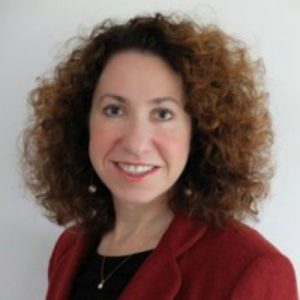 Gill is a Fellow of the Chartered Institute of Personnel & Development, with over 15 years’ experience as an Executive Director of Human Resources and Organisation Development in Social Housing.  She has also previously worked in senior HR roles in both the public and private sectors, including Financial Services, Pharmaceutical, Automotive, Energy/Utilities, Retail and Defence.

Gill is now the Director of her own HR and Organisation Development consultancy business in North Wales.  She is a member of Standards Committees for both the North Wales Fire & Rescue Authority and Anglesey County Council, having previously been a non-executive director for two local charitable organisations.

Gill lives in Llandudno, and in her spare time enjoys walking in the mountains and around the coast of North Wales. 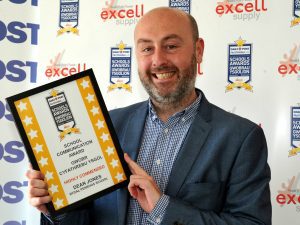 Following his education, Dean worked in sport and leisure before deciding to pursue a career in journalism following a serious knee injury.

He was offered a role as news and sports reporter at the North Wales Pioneer when doing his NCTJ Journalism qualification at Glyndwr University, before taking up the position as Communications Assistant at Rydal Penrhos School.

Dean was promoted to Communications Manager in September 2019 and joined the Senior Leadership Team in November.

In addition to his school commitments, Dean is also the sports reporter at the Rhyl Journal, North Wales Pioneer and North Wales Chronicle publications for both print and online, and writes as a contributor for NFL (American Football) website The Viking Age.

He lives in Rhyl with his wife, two children and dog and is a season ticket holder at Blackburn Rovers FC.

He represented the Welsh Colleges football squad during a tour of Australia in 2001, where he spent four weeks at various places in the country before taking part in an international tournament at the Australian Institute of Sport. 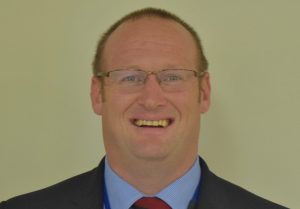 Phil had a varied career before becoming a teacher. Including roles as Project Engineer for Brown & Root where he worked on the BP Schiehallion Project and a subsea Engineer working on projects on & offshore for Rockwater and as a Project Manager delivering Gas injection packages for the Oil & Gas Industry for Sulzer.

He has worked in several schools including Brooksbank School Elland, Heckmondwike Grammar and Ysgol Eirias as a Design & Technology Teacher.

Phil enjoys sport and has tried most with varying degrees of success.

His passion is rugby and has managed to complete the Conwy Marathon and several triathlons.

To relax, Phil enjoys wild swimming and camping with his wife and three children.

On the recent Uganda Trip, Phil was given the revered title of Salongo as he is a father of twins. 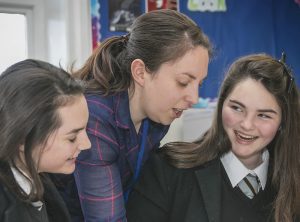 After gaining a BSc in Mathematics, Operational Research and Statistics from the University of Cardiff, Rhian decided to pursue a career in teaching and successfully obtained her PGCE from Bangor University.

She joined Rydal Penrhos in 2010 and moved up to Head of Mathematics before taking on the role of Assistant Head (Progress and Wellbeing).

Rhian is Welsh first language and has two children, which take up a considerable portion of her time outside of school hours. 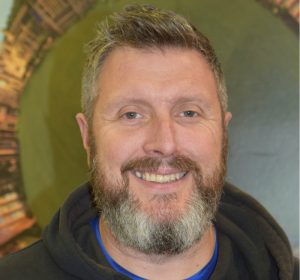 Gareth studied BSs (Hons) Computer Science at the University of Chester and has a HND in Network Design & Security from University of Glamorgan.

He is currently a member of the British Computer Society (MBCS).

Gareth has worked for Asda Stores Ltd, Walmart and IBM working on various projects including EPoS, self-service checkouts, sales-based ordering systems and the installation of new store and regional distribution networks. Gareth has worked freelance and started his own company in 2008.

He enjoys Hiking, Snowboarding, Music and Cooking, and is a keen supporter of Manchester United FC.

As a youngster, Gareth achieved qualification for the Welsh U16 Boys Golf Championship at the Royal Liverpool Hoylake.

He has also completed The 3 Peaks Challenge, Macclesfield Half Marathon and has two children, Lily and Griff. 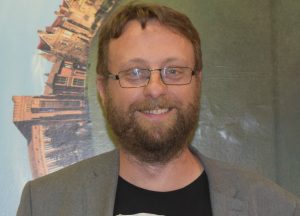 Andy achieved a BSc (Hons) and PGCE in Mathematics from the University of Manchester during his time in education.

He has worked previously at Oldham Hulme Grammar as a head of year and St Ambrose College as Faculty Leader of Maths and Computing before joining Rydal Penrhos.

He is a proud foster carer and has looked after 17 children over the last four years.

Andy completed the London Marathon in 2018 and raised a significant amount for St Kentigern Hospice. 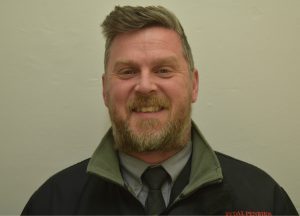 After achieving an Honours degree in Building Surveying at the University of Salford, Richard embarked on a career as a Surveyor for Mental Health Care Ltd before joining the Rydal Penrhos family.

His hobbies include Cycling, Triathlon and Wakeboarding, with Richard also successfully completing a Half Ironman Triathlon for charity.

Richard spends most of his time taking his daughter to dancing and his son to play cricket and many running races all over the country. 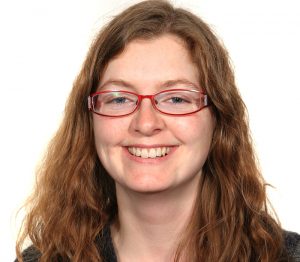 Gabriella gained a BA (Hons) in from the University of Sheffield and attained a Cambridge CELTA, which is a qualification for teaching English as a Foreign Language.

She has been part of the Rydal Penrhos staff team for 20 years and has taught English as a Foreign Language, Religious Studies and PSHE sessions.

Gabriella is a Designated Safeguarding lead at Rydal Penrhos Senior School and she will be assuming the Head of Key Stage 3 (Years 7-9) from September.

During the little spare time Gabriella has due to her school commitments and raising two wonderful children, she enjoys reading playing the violin and African drums.

Gabriella has a long association with Rydal Penrhos and attended Penrhos College from 1992-96 before returning to her roots for a teaching position. 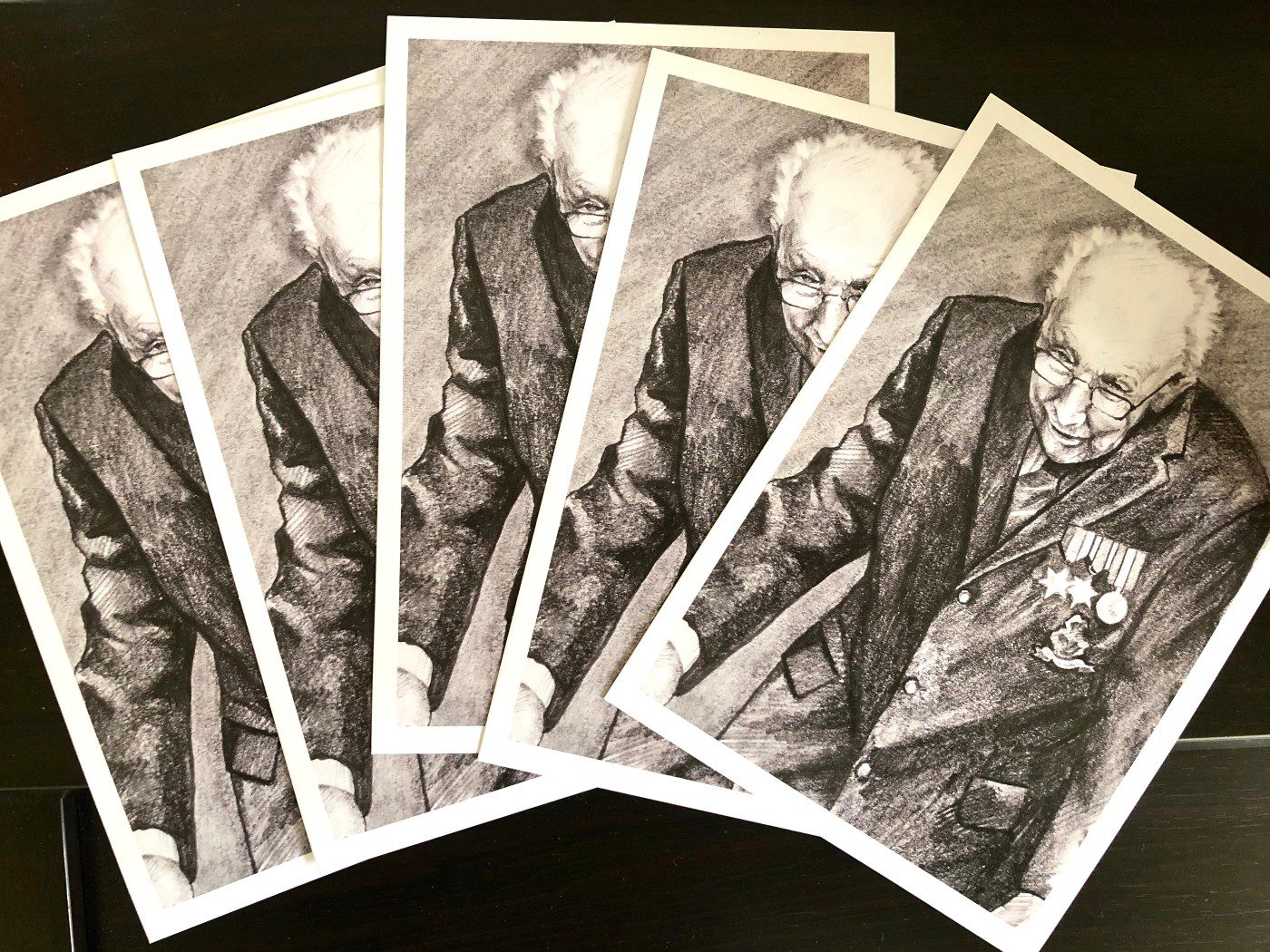 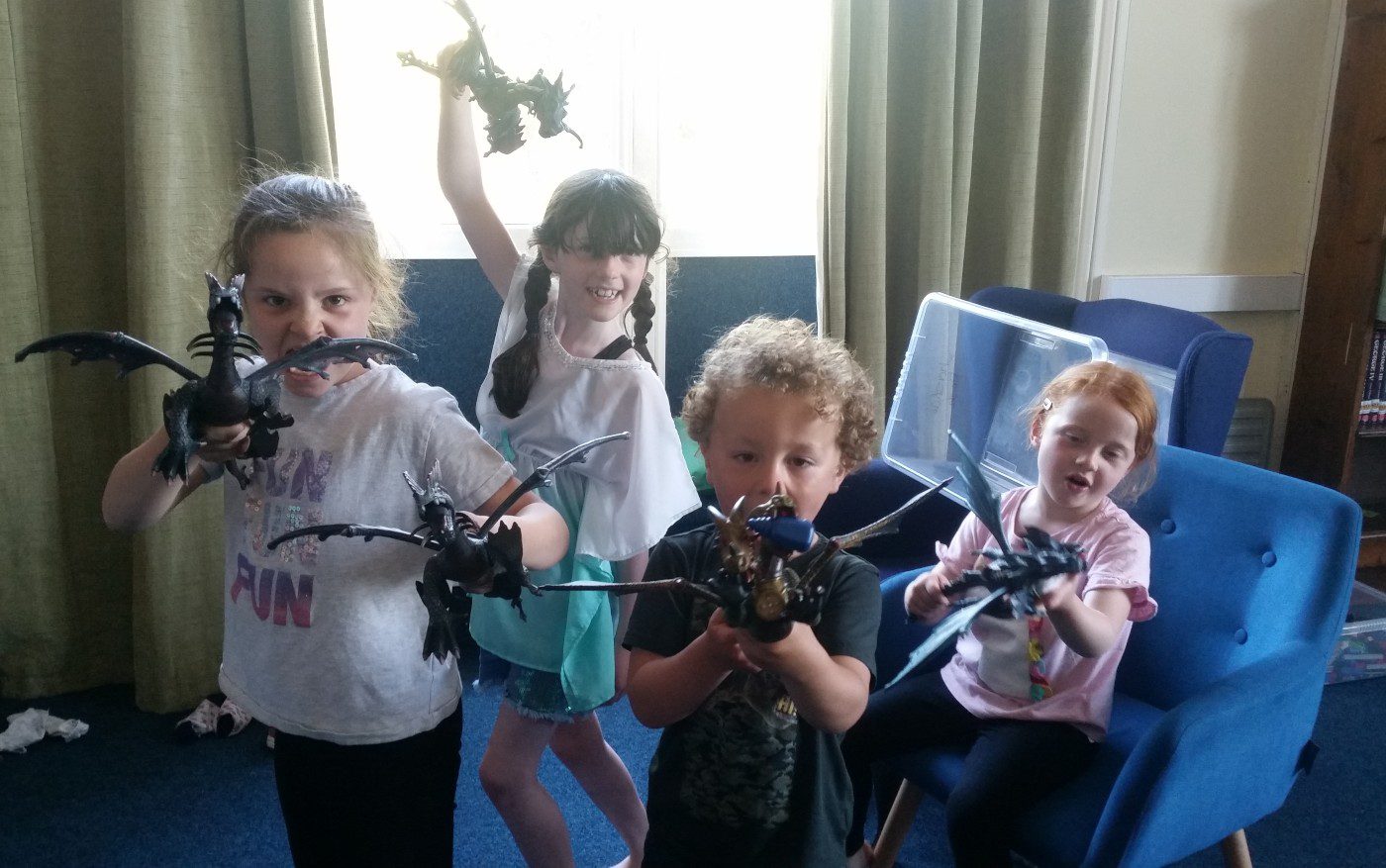