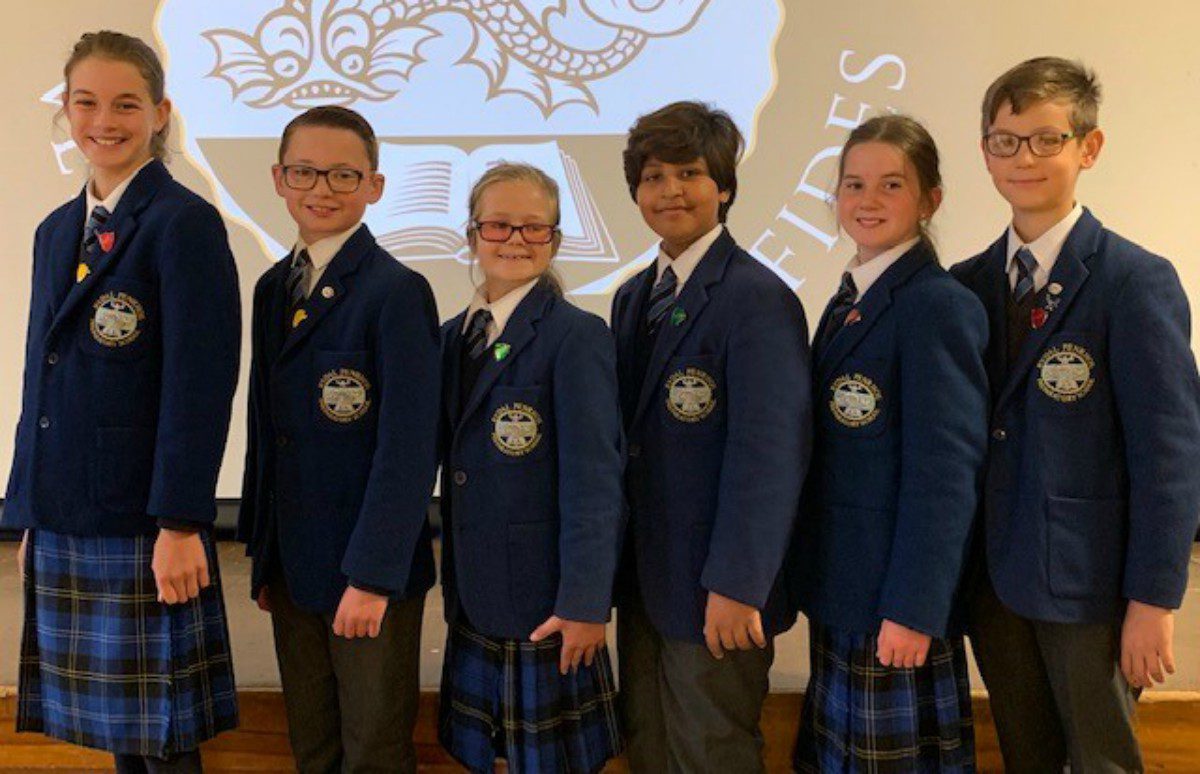 The group, who were presented with their badges by Prep School Head Lucy Davies at the school’s weekly Celebration Assembly on Friday, October 4, will be working with newly appointed Head Boy Rupert Barrington-Chance and Head Girl Fleur Roberts in the coming months through a variety of different areas of Rydal Penrhos life.

Taking on the role of Brecon House Captains are Lucy Ranales-Griffiths and Clarence Chasteau, who will be tasked with organising fellow House members during inter-house competitions and prominent events such as Sports Day.

Amelia Williams and Izrhan Shah will assume the captaincy of Pembroke House ahead of a busy series of important events, with Charlotte Payne and Nathan Richards securing the Snowdon House captain roles after demonstrating their leadership and organisational qualities during the assessment and probationary period.

Mrs Davies, said: “The House Captain role at Rydal Penrhos is an extremely important one at both our Prep and Senior sites, and with the added responsibility of Prefect attached it is a significant milestone for Lucy, Clarence, Amelia, Izrhan, Charlotte and Nathan.

“They are a credit to themselves and the Prep School and we are extremely proud of the young people they are developing into under the stewardship of my wonderful staff team.”