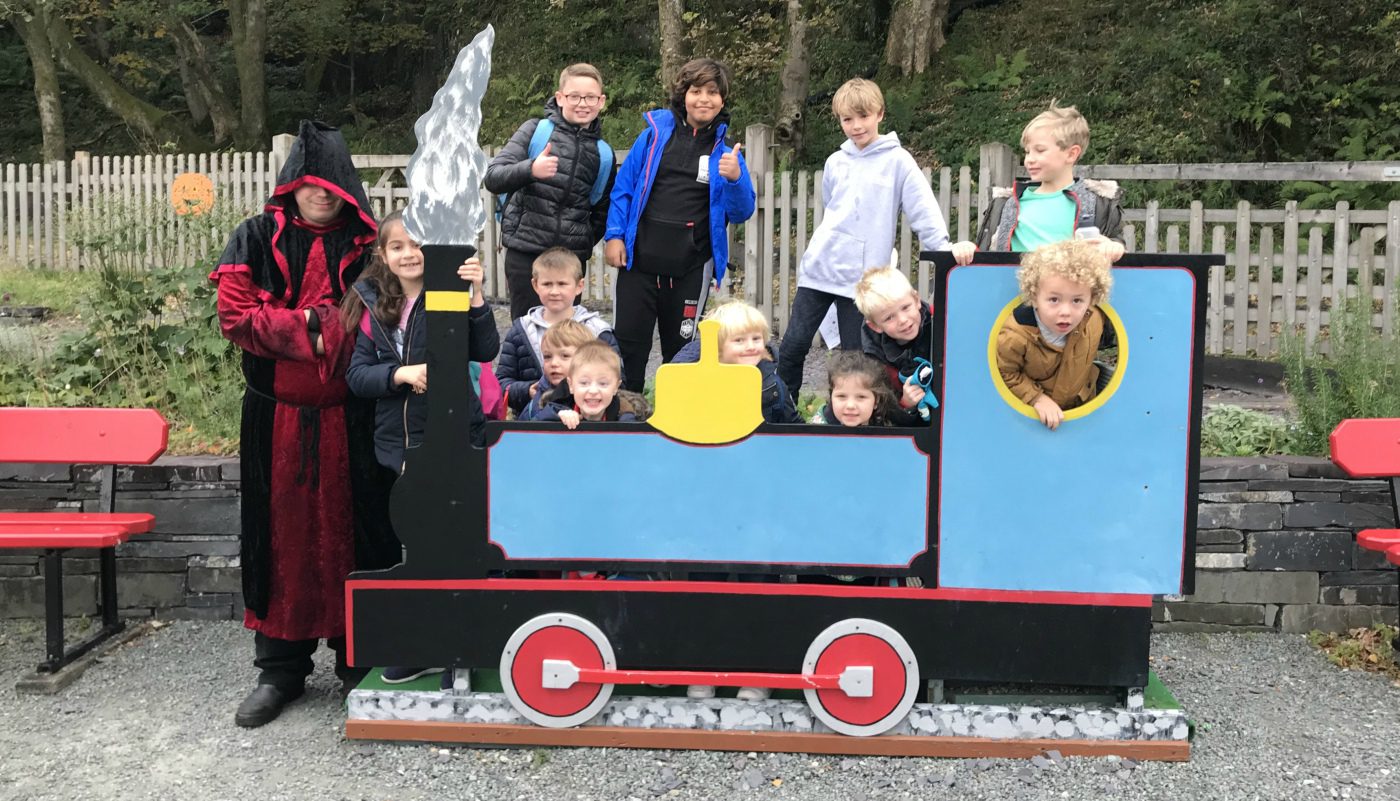 Rydal Penrhos Prep School’s Playscheme group took part in a series of exciting activities during the second week of their half-term break.

Members of all year groups using the fun-filled initiative were treated to a wealth of varied and interesting programme that also took in some of the most picturesque areas anywhere in the region.

One of the most memorable occasions of the week was a special Halloween Party, which saw the children dress up in spooktacular costumes for an afternoon of games and dancing with their peers.

The Playscheme staff also arranged a visit to Llanberis Railway Station, which saw them take a five-mile journey alongside Lake Padarn, right in the heart of Snowdonia.

The train ride took them past the 13th century Dolbadarn Castle, Padarn Country Park, along the shores of Lake Padarn to Penllyn and a short stop at Cei Llydan.

Another notable highlight of the week was a visit to nearby Plas Newydd, which has enchanting mansion and gardens and spectacular views of Snowdonia.

In addition to their excursions, the group also got the opportunity to improve their team-building and communication skills with a series of different tasks on site, which were implemented with a view to enhancing development outside of classroom hours.

Prep School Head Lucy Davies, said: “Our half term Playscheme was another massive success and I would like to thanks all of our wonderful staff for putting on a fantastic programme.

“Each pupil behaved impeccably throughout and I am confident they got a tremendous amount out of the experience.”