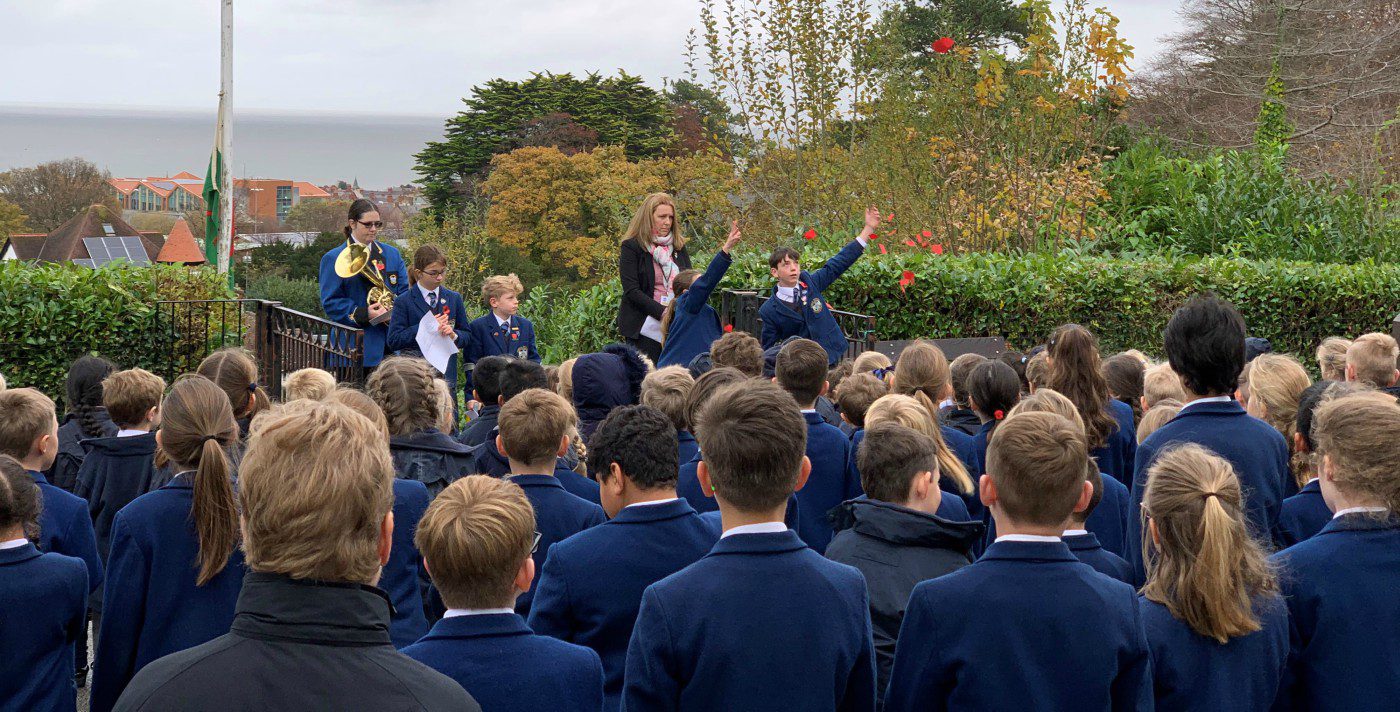 The school held an Armistice Day Service on Monday, November 11, which saw pupils, teachers and support staff congregate for the annual event to honour the 106 Rydal Penrhos community members who lost their lives during World War One and World War Two.

The Year 6 duo released poppy petals into the air as a mark of remembrance, with a two-minute silence taking place at 11am to commemorate the armistice signed between the Allies of World War One and Germany at Compiègne, France.

Special guest Sue Hughes had the privilege of playing The Last Post.

Mrs Davies, said: “We always strive to ensure that each pupil under our care understands the importance of the incredible sacrifices made by those that have gone before us, and it was great to see different year groups getting involved in some way to ensure their legacy lives on.

“The service was incredibly poignant, especially when you consider how many Rydal Penrhos pupils lost their lives during the two World Wars, and we will always be eternally grateful to them for their invaluable contribution in changing the course of human history for the better.”

This was held alongside the Senior School Remembrance Service, with Rydal Penrhos also playing a significant role in the Civic Ceremony in Colwyn Bay on Sunday.