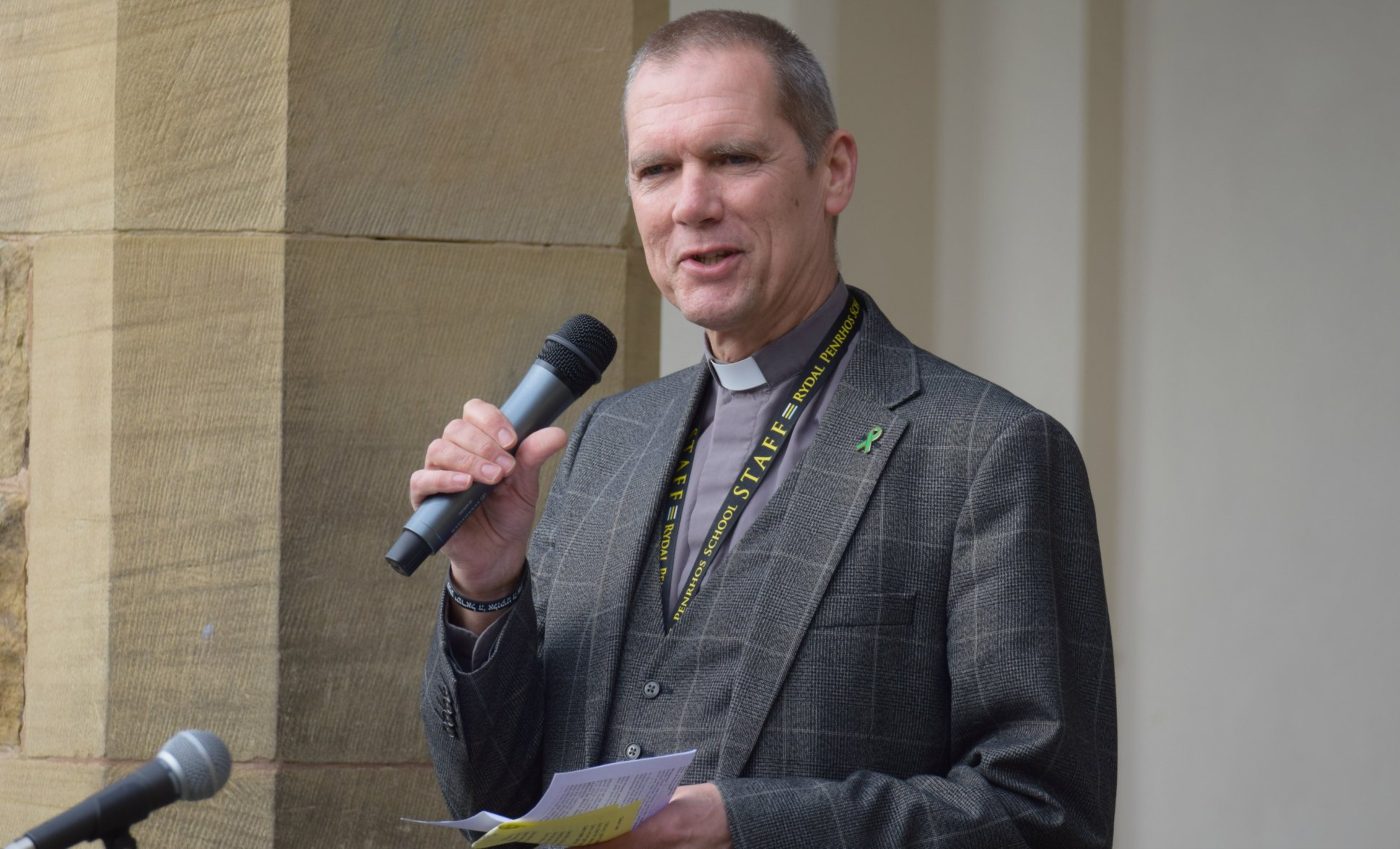 Thought for the Day: Monday, April 13

One of the things I enjoy about listening to the Easter story again is that, even though I’ve heard these passages hundreds of times in my life, there is always something that pops up as if for the very first time and makes me wonder how I’d never spotted it before.

So it was with one small detail in the Good Friday narratives: even though Joseph of Arimathea is mentioned in all four gospels as the one who took charge of Jesus’ body after his death and laid him in the tomb, only Mark and Luke add that he was ‘waiting expectantly for the kingdom of God.’ I’d not noticed that before and it got me wondering what sort of person that turned Joseph into – what were the marks of such a ‘kingdom’ character? what kind of things did it mean he got up to? what were his hopes and dreams as a consequence?

On Easter Sunday having got up before dawn to put the cross of flowers outside of St John’s, I took a solitary walk in Pwllycrochan woods and enjoyed the unadulterated splendour of the dawn chorus. The sun was also shining at that early hour and as it came through the trees it caught the delicate new leaves bursting out all over the wood and shone right through them. And it brought to mind a short poem of R. S. Thomas, that sometimes curmudgeonly priest on the Llŷn Peninsula, which speaks of how those who seek the kingdom must have a hopeful faith that displays just this quality of greenness, implying both newness and innocence, if not naive simplicity.

Perhaps those were qualities that Joseph of Arimathea had which drove him to approach Pilate and foolishly ask for him to hand over the body of the executed man. I certainly feel they are qualities worth pursuing, as I also believe the vision of the kingdom is very much one worth keeping alive:

The Kingdom by R. S. Thomas

It’s a long way off but inside it
There are quite different things going on:

Festivals at which the poor man
Is king and the consumptive is
Healed; mirrors in which the blind look

At themselves and love looks at them

Back; and industry is for mending
The bent bones and the minds fractured

By life. It’s a long way off, but to get

There takes no time and admission
Is free, if you purge yourself
Of desire, and present yourself with
Your need only and the simple offering

Of your faith, green as a leaf.