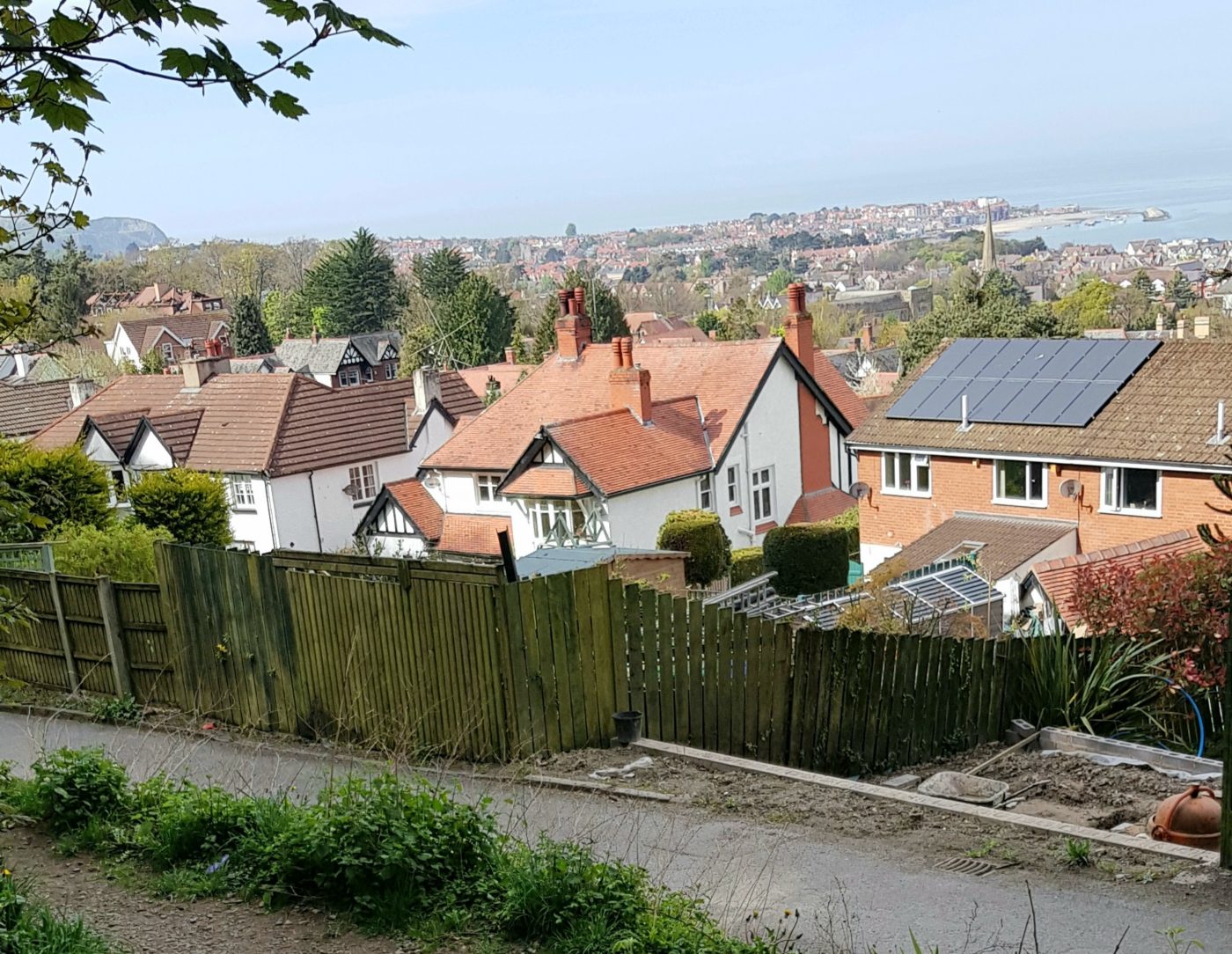 My mother and my mother-in-law are the most ardent fans of my Thoughts for the Day. They’ll love finding their names in print this morning and we’ll chat about it later when we FaceTime, as we do every day. Sometimes we’ll spin the camera around on the iPad and show them the sea. They both live a very long way away from the coast – my mum is in Northamptonshire about 65 miles from the nearest shoreline (at the Wash) and my wife’s mum is in Wolverhampton about exactly the same distance away from the coast at Connah’s Quay.

And we show them the sea because it is very hard not to be moved by any sight of the edge of the land and the great blue beyond. I do think that those of us who live next to the sea are very fortunate in times like these, because the sea has an inexpressible way of calming us and I’ve been pondering why that should be.

My wife and I take our daily outing from home to walk through Pwllycrochan woods and from that lofty point you get beautiful views of the coastline from the Little Orme all the way to Penmaen Head in Old Colwyn, where 621 years ago King Richard II was ambushed by Henry Bolingbroke, who later usurped the throne as Henry IV (learning new things is something that is very good for our mental health, which is why I throw this nugget in here, as it was news to me!)

Today’s photo is one I took yesterday on my phone looking towards the Little Orme on the far left with Rhos harbour and the spire of St John’s to the right.

Why does the sea calm us so? It’s odd that it should, since the sea, as T. S. Eliot noted in the third of his Four Quartets, ‘has many voices, many gods and many voices’ and one of those is a threatening and disturbing one, reminding us of the danger the sea poses:

‘Also pray for those who were in ships, and
Ended their voyage on the sand, in the sea’s lips
Or in the dark throat which will not reject them…’

That ‘dark throat’ is rather unnerving, and yet, from the safety of the shore doesn’t it give us great delight to watch the sea at its wildest and most savage? As when we watch any terrible event from a distance that does not directly affect us, we are reminded that we are the lucky ones, untouched by the disaster, who live to fight another day.

And then, of course, when we look out upon the sea with its enormous horizons it seems to invite us to take a deep breath and allow our thoughts to range widely; somewhere out there lies the answer to every question we pose, what Isaac Newton traditionally called ‘the great ocean of truth’ that lays all undiscovered before us.

What I certainly think is true is that whilst in lockdown the sea’s horizon can help us feel less trapped, mindful that there is a world out there and that life is still going on beyond the confines of our tiny corner of reality.

I also believe that when we gaze at the surface of the sea we cannot but consider the vast expanses that lie beneath: the Irish Sea, which we look out on from Colwyn Bay, reaches depths of up to 175m, which may be shallow compared to the 11,000m deep Mariana Trench, but it’s still deep enough to make the point, and when we are, as we are now, living fairly static lives with too little to do and too much time to be, then our thoughts inevitably go deep.

Such a profound experience, although unsettling at first, can bring us to a place of greater understanding of ourselves, if we are willing to allow it.

On that note, I’ll wish you well for another day and leave you with this short poem to ponder by the American Nathaniel Hawthorne:

The Ocean has its silent caves,
Deep, quiet, and alone;
Though there be fury on the waves,
Beneath them there is none.

The awful spirits of the deep
Hold their communion there;
And there are those for whom we weep,
The young, the bright, the fair.

Calmly the wearied seamen rest
Beneath their own blue sea.
The ocean solitudes are blest,
For there is purity.

The earth has guilt, the earth has care,
Unquiet are its graves;
But peaceful sleep is ever there,
Beneath the dark blue waves.