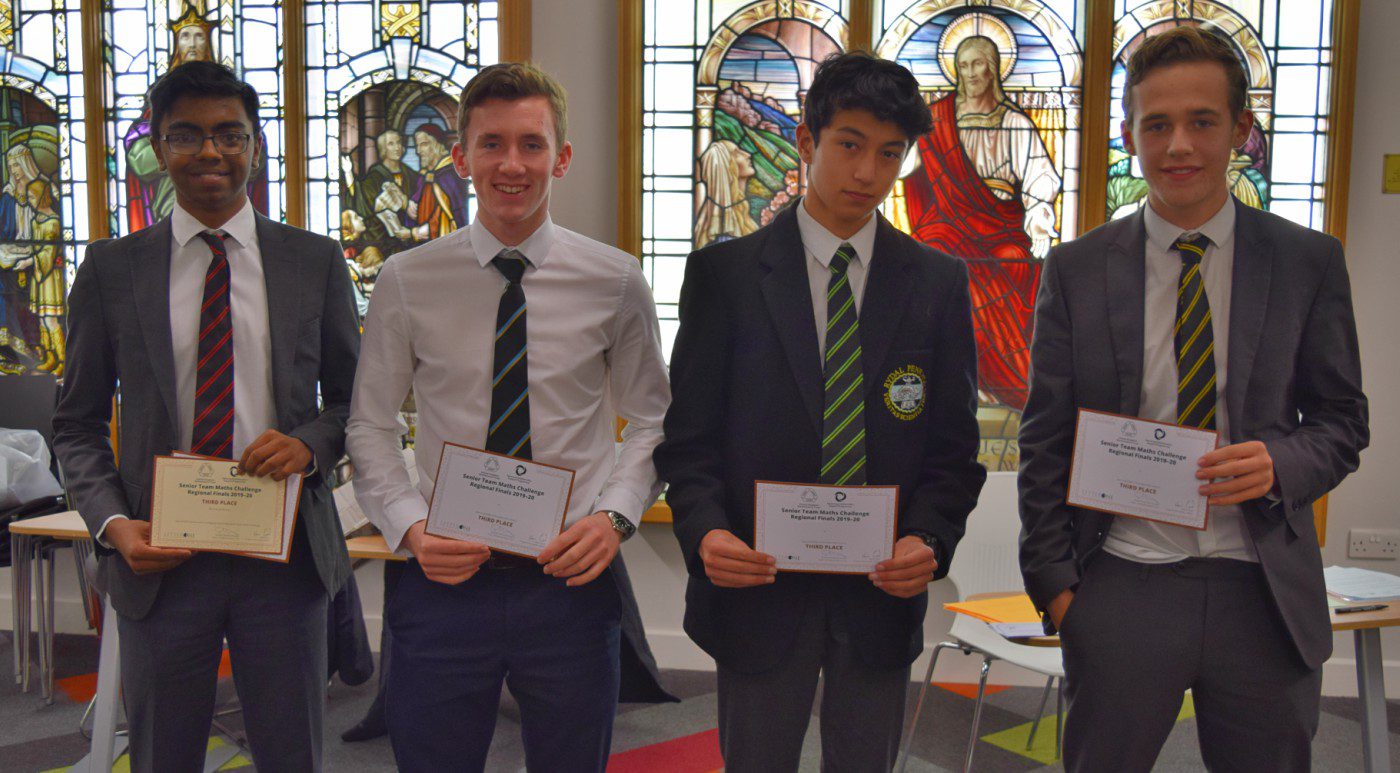 Number-crunching hopefuls descended on Rydal Penrhos for the opening round of a prestigious Maths competition.

The school once again played host to the United Kingdom Mathematics Trust’s Senior Team Challenge regional heat, which saw a number of schools from North Wales and the North West in attendance.

The event consisted of three rounds, with the first consisting of ten questions which they had 40 minutes to solve.

After a competitive afternoon, the Rydal Penrhos quartet of Abhishek Bathula, Eddie Farrell, Juan Rajagopal and Morgan Kendall finish in a very creditable third place after working incredibly well both individually and as a team throughout.

Booking their place at the National Finals in London were Friars School, with Moreton Hall School coming in second.

Senior School Head Sally-Ann Harding, said: “We were honoured to host the UKMT Senior Team Challenge regional finals here at Rydal Penrhos yet again, and this year’s event proved to be another very exciting affair and a great demonstration of academic determination.

“The UKMT challenges are something that brings the very best out of each pupil taking part, improving problem-solving skills both individually and within a team environment.

“Well done to all that took part and good luck to Friars School in the national finals.”