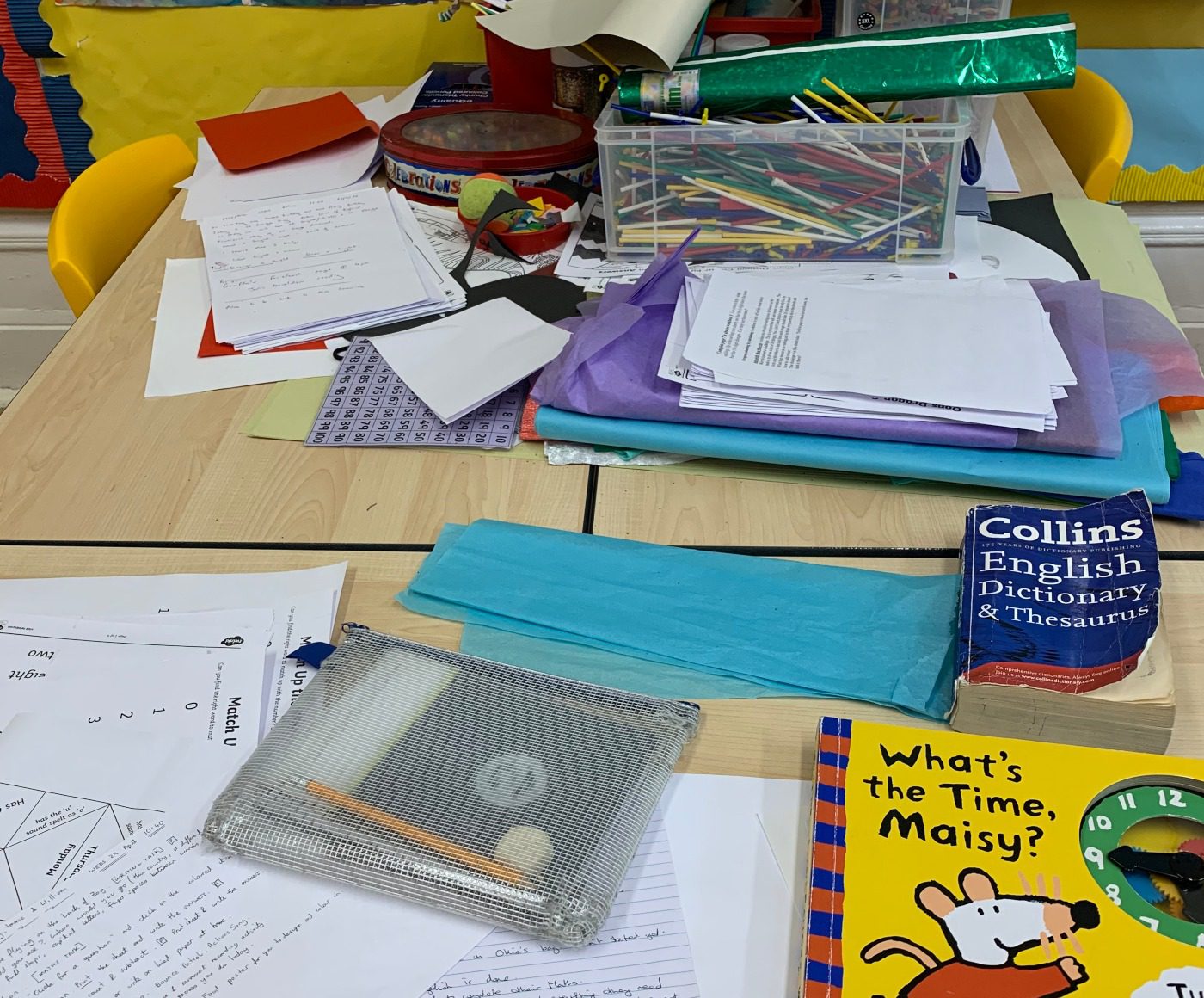 Okay, so I should never have mentioned the constant beautiful weather on Monday! We’ve now had two days of rain!

The consequence of this is having to entertain 15 pupils (aged 3-15) inside during break and lunch and thinking of different ways to keep them organised in an increasingly chaotic classroom.

I am wondering whether everyone at home has a table that looks similar to the one in our main classroom base (see photo)?

This is a general dumping ground for lesson notes, half-finished artwork, paper, pens, craft projects – a centre of good intentions where the end of the day leaves everyone too tired to untangle the jumble and it is left ‘until the morning’!

This happens at school every day and it is interesting to note that the same pupils who are ‘too tired’ to tidy away are to be found 15 minutes later in the library following a ‘Dad dancing’ class on the TV with Oti Mabusi!

They were marched back to the classroom to tidy up afterwards having shown such a burst of energetic enthusiasm! Apparently ‘Dad dancing’ is a ‘thing’ and the younger pupils seem very keen to learn how to do it.

Goodness me, wonders will never cease!