Another Paralympic Games bronze for Georgia 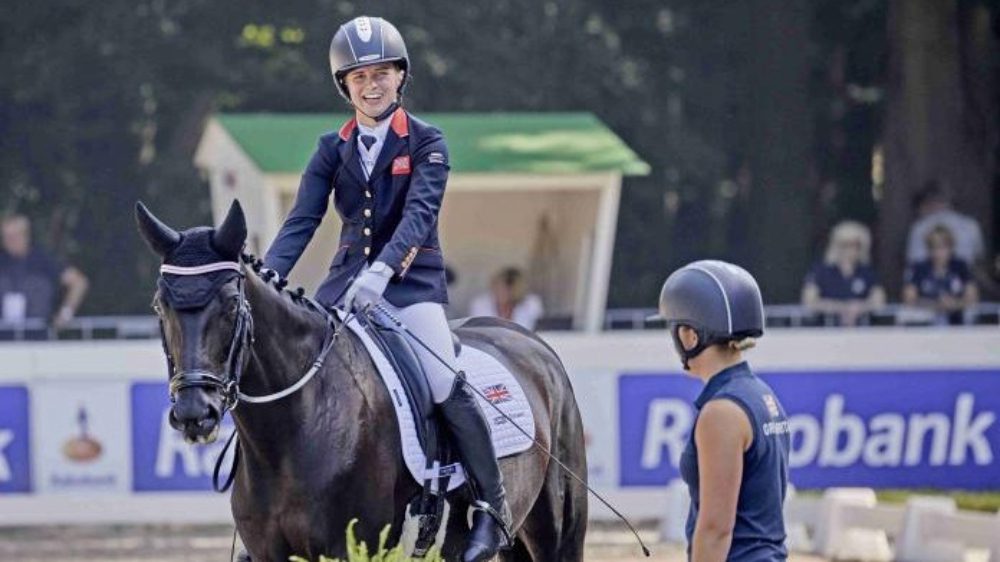 Former Rydal Penrhos pupil Georgia Wilson added another bronze medal to her collection at the Paralympic Games in Tokyo.

Georgia rose to the occasion once again en route to finishing third with horse Sakura in the dressage individual freestyle test Grade II at Equestrian Park on Monday, scoring 76.754 per cent thanks to an accomplished round with very few flaws.

The Team GB star matched her bronze accolade from the Grade II individual test last Thursday, where the talented rider scored 72.765 per cent.

Georgia was a late replacement on the squad after coming into the fold for eight-time Paralympic champion Sophie Christiansen. It’s fair to say she’s made the most out of this opportunity to further enhance her credentials on the international stage.

Speaking after the competition, the 2019 European freestyle gold medallist said: “I did not overthink it and to be on the podium with Lee is one of those amazing things.

“I’m on top of the world, I didn’t expect to go in there and win bronze. I just want to do this all over again, to show what else I can do and keep building the collection.

“Being in the same team as Lee (Pearson) definitely gives me that extra little push to keep improving, to try and get to his level and hopefully be as successful as him one day!”

Everyone at Rydal Penrhos could not be prouder of Georgia and offers their sincerest congratulations on two exceptional bronze medals.