Bella & Damisola prepare for the next step 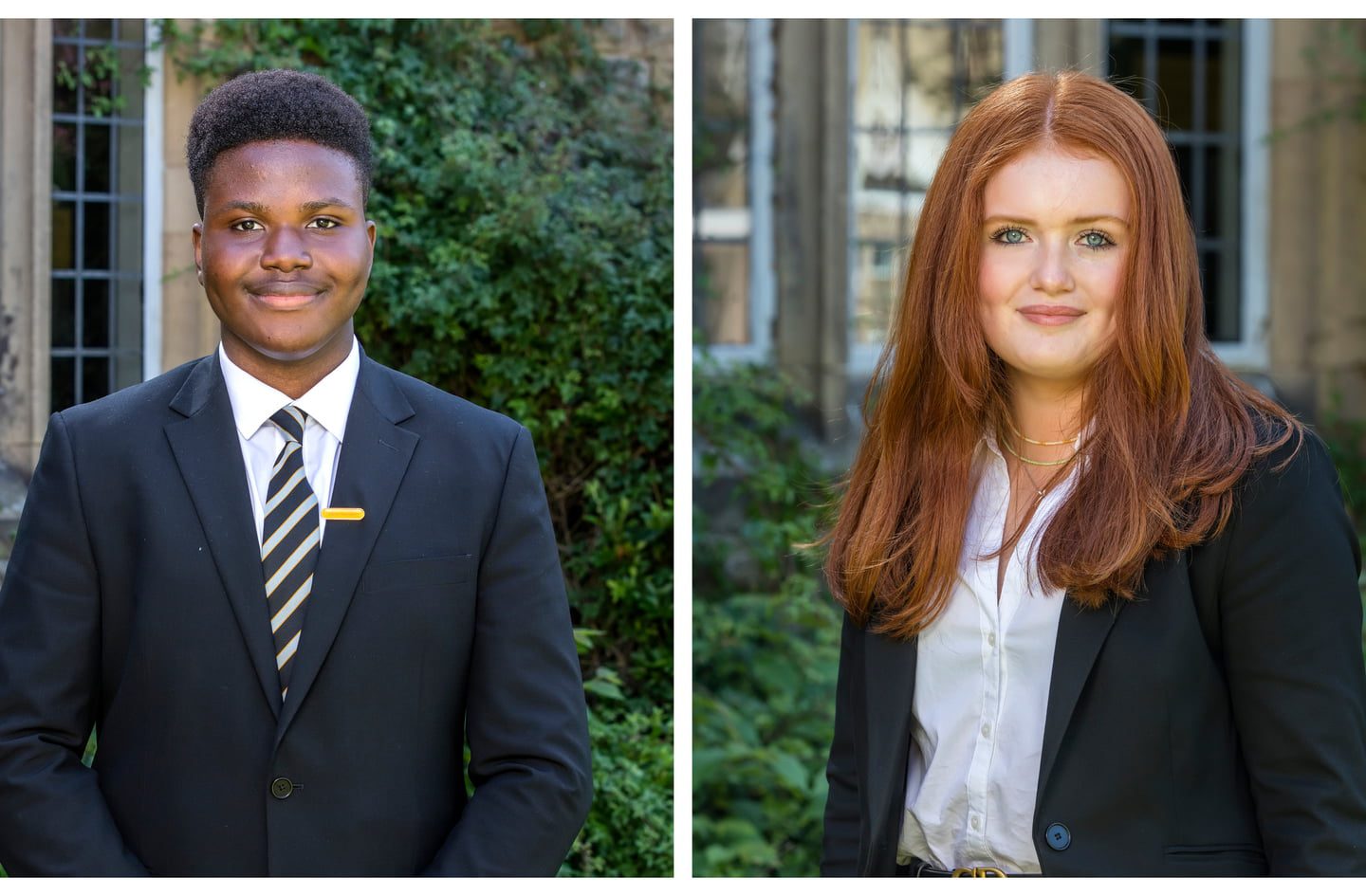 ​As Year 13 prepare to hand over their duties Bella Rutherford and Damisola Animashaun reflected on their journey through Rydal Penrhos.

Damisola Animashaun joined Rydal Penrhos as a Year 9 pupil in 2017. Since his arrival, he has excelled both in and outside the classroom. He achieved an outstanding set of GCSE results including five Grade 9s, three A*s and a distinction in Additional Mathematics.

A true all-rounder, Damisola has scored highly in challenges set by the United Kingdom Mathematics Trust, played for the school rugby team and performed on stage as part of the Speech and Drama Comedy Night. He was also a member of the Rydal Penrhos team that won a prestigious Enterprise Challenge set by Lancaster University School of Management.

Damisola took time out of his busy schedule to reflect on the journey his year group, and the school at large, have faced over the recent past.

“As we approach the end of our Lent term, I am already looking ahead to the resumption of school and upcoming external exams in the Trinity Term; the first of many for our Year 11s and the final for myself and fellow Year 13s before embarking on a new chapter in higher education through university.

“Whilst students begin to enter a period of intense preparation and revision, this Easter Break should also represent a time of reflection for most year groups in the school. This is particularly pertinent for those in Year 13 as we reach a stage in our journey in Rydal Penrhos reminiscent of an end of an era, with a large majority of us having seen our adolescent years shaped by the school’s supportive community.

“After yet another academic year plagued by COVID restrictions, it’s been refreshing to see how the school’s spirit has remained strong, recently emphasised by the incredible support from pupils in the aid of those fleeing from Ukraine through a plethora of donations. Following another enriching half-term, a well-deserved break for students should ensure a great end to a challenging year across the whole school.”

Like Damisola, Bella Rutherford has consistently contributed to the life of the school since joining.

Bella’s musical and dramatic performances will be remembered long after she leaves school this summer; the pupil has shone in a number of important roles for the Rydal Penrhos Dramatic Society, including a lead role in the Annie the Musical production.

She has also achieved some impressive grading results in cello assessments from the Associated Board of the Royal Schools of Music. Bella has been a keen sailor and part of the school’s Peer Mentoring scheme.

Bella reflects on her journey through Rydal Penrhos and the school’s impact on her life as she now looks out into adulthood:

“When people talk about journeys, I have always thought it sounded such as cliché. However, being asked to reflect on my own particular journey at Rydal Penrhos has given me a whole new appreciation for the word.

“I arrived at the then Lyndon Preparatory School in September 2007 as a very small, red curly-haired girl and I write this now some 15 years later, albeit still a red head but now as a young woman on the verge of leaving the comfort blanket of Rydal Penrhos having gained a wealth of knowledge, skills and experiences to last a lifetime.

“The opportunities which have been offered to me over the years have given me skills for life. The opportunity to sail thanks to our prime position on the North Wales coast as well as skiing on the dry-slope in Llandudno since Reception have sent me far and wide competing in regattas and championships up and down the country, bringing home medals for the school and confidence in myself.

“Rydal Penrhos is a place where pupils can explore and find their potential. Our performing arts departments have provided an outlet for myself and many others over the years and have given opportunities to pupils up and down the school to perform on stage in the yearly productions, concerts and house competitions. The confidence gained from these experiences and seeing the benefits it has on others makes the months of rehearsal all worth it.

“From being in the school for such a stretch of time, I’ve seen it take on its own journey; changing headteachers, rebranding the Prep and making more sports kit changes than potentially any other school in the country!

“However, I wouldn’t have changed anything during my time in school. Rydal Penrhos equips its pupils and prepares them as they move on to new and bigger things, and for that I could not be more grateful. For me, I plan on taking a gap year and hope to find myself on a season in the Alps or yachting in the Caribbean this time next year before taking up my offer to study Business, Enterprise and Entrepreneurship at University, wherever that may be.”

Thank you to Bella and Damisola for sharing your thoughts with us. Everyone at Rydal Penrhos wishes you the very best of luck with your exams this summer.