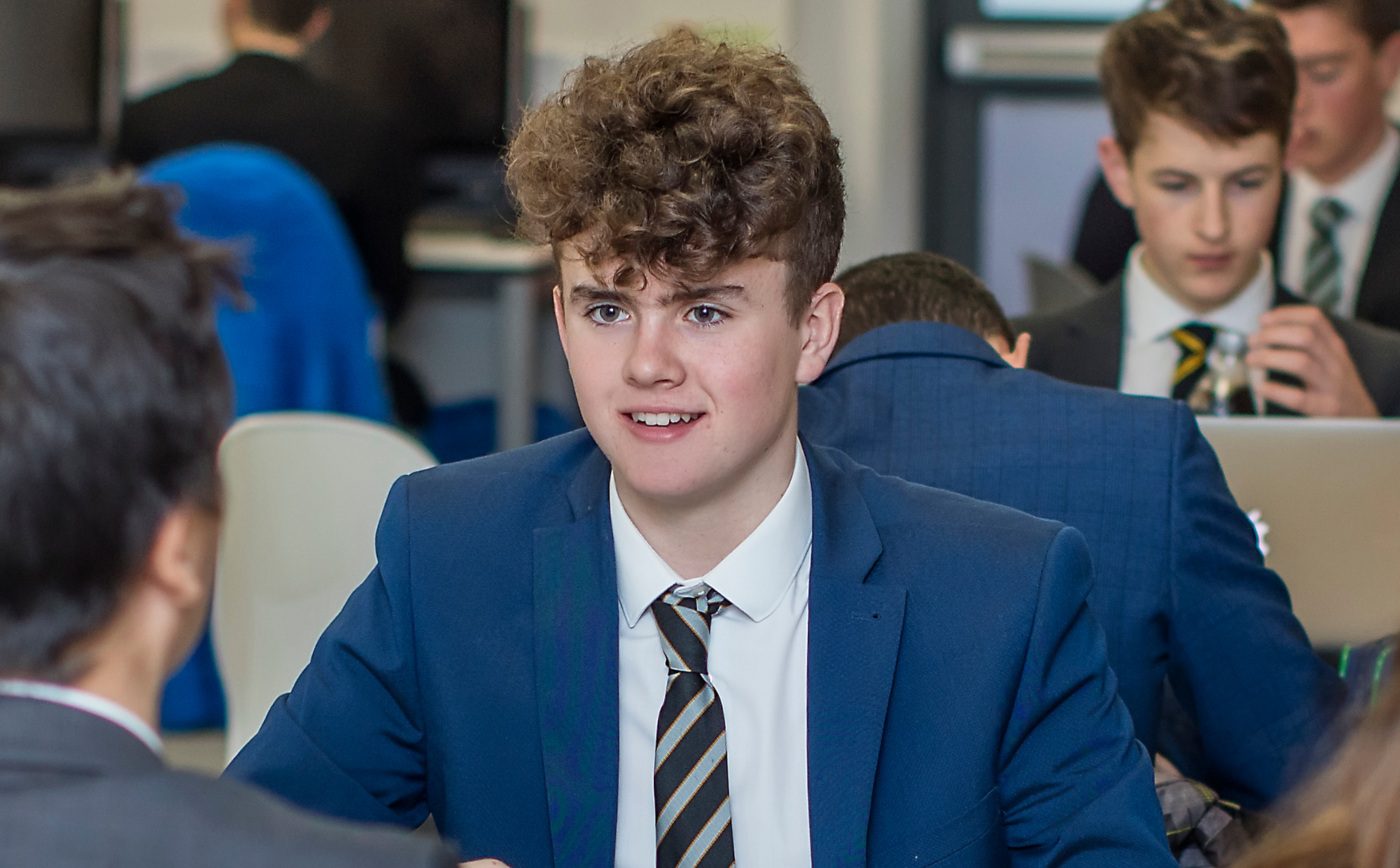 One of Rydal Penrhos’ medical applicants this year managed to secure a notable achievement from a prestigious national science competition.

Kevin Farrell, who is a Year 13 pupil and joint-Deputy Head Boy at the school, recently sat two papers as part of his participation in the British Biology Olympiad, which is an advanced problem-solving competition for A Level pupils across the country and an entry point for the International Biology Olympiad.

The Sixth Former worked exceptionally hard in his own time to study for the olympiad, with teacher Anne Margerison and technician Tara James also providing exceptional support and guidance throughout the process.

As a result of his fabulous commitment, Kevin attained a high enough score to attain a Silver Award from the competition, which represents a significant achievement under far from usual circumstances.

Ms Margerison, said; “Kevin should be highly commended for his ability to manage extra study, whilst completing his online studies for his A Levels.”

The British Biology Olympiad is open to pupils in post-16 education studying at school or college. The competition consists of two, 45-minute multiple-choice papers to be taken online under staff supervised exam conditions.

Students were presented with topics and ideas which they are not familiar with, so will compete with their problem-solving skills and understanding of core principles.

Kevin revealed that the opportunity arose after Ms Margerison mentioned it during an online learning lesson during Rydal Penrhos’ exceptional remote provision during the second educational lockdown throughout the spring term.

“Having competed in the intermediate Biology Olympiad last year and managing to get a Bronze I decided I would give it a go this year to improve on last year and also because I enjoy biology as a subject. I was more than happy to spend some time outside of my lessons on the subject.”

The pupil added that there was a “clear step-up in difficulty” between the two Olympiads he’s taken part in over the last couple of years.

Topics like biochemistry, genetics, human anatomy and ecology made regular appearances in the challenge, some of which Kevin was “happier to see than others”.

This is the latest in a series of exceptional accolades Kevin has accumulated during his time at Rydal Penrhos. He is a nationally recognised sailor, has won national hockey titles with the school, is an outstanding musician and even played a leading role in the jaw-dropping Dramatic Society production of Les Miserables.

However, Kevin’s real passion lies within the sciences. He received two offers to study Medicine when he leaves school next year and is planning to go to the University of Nottingham in September.

“I’ve known for quite a while that I would end up in the scientific field when I left school, and medicine is the perfect combination between knowledge of the sciences, as well as the practical application directly people’s health.”

We would like to offer our sincere congratulations to Kevin on another wonderful achievement. He has been an absolute credit to himself and everyone at Rydal Penrhos.