We are always thrilled to hear of our pupils thriving away from Rydal Penrhos. Whether it’s community work, involvement with organisations and clubs or in a sporting environment, our staff actively encourage this as a method to further enhance their development in key areas.

Cameron Pye, who is a Year 8 pupil at the school, is another fine example of this and the talented skier recently secured another notable experience during an 18-day training camp in Pila, Italy with the British Ski Academy.

Rydal Penrhos permitted him to attend the camp providing he kept up with his studies throughout his stay, which he was able to accomplish by making use of the school’s free iPad to keep in touch with teaching staff during the three hours a day allocated to academic progress by the BSA.

Cameron spent the camp developing his skills on the picturesque slopes and competing against full-time ski academy athletes in the Anglo-Scottish Championships, something which brought out the very best in the pupil with an outstanding series of results in the face of stern competition.

The pupil did not finish lower than 13th in any U14 category, with Cameron also managing to secure two top-10 finishes in the Combined Slalom and Boys Slalom Race 2.

Hopefully, these results will enable Cameron to achieve qualification for the British Championships, which will take place in Tignes, France later this year.

Cameron will be heading back to Italy on 12 February with the British Ski Academy for training and more competition during the English Championships in Bormio, which is sure to be another very worthwhile experience for a skier that’s developed significantly since taking up the sport as a Rydal Penrhos Prep pupil.

Everyone at Rydal Penrhos would like to congratulate Cameron on his incredible effort throughout the camp and displaying an exceptional commitment to learning away from school. 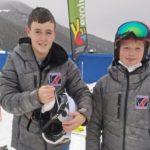 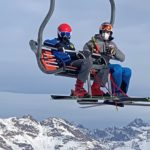 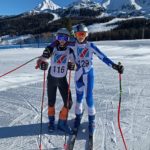 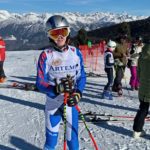