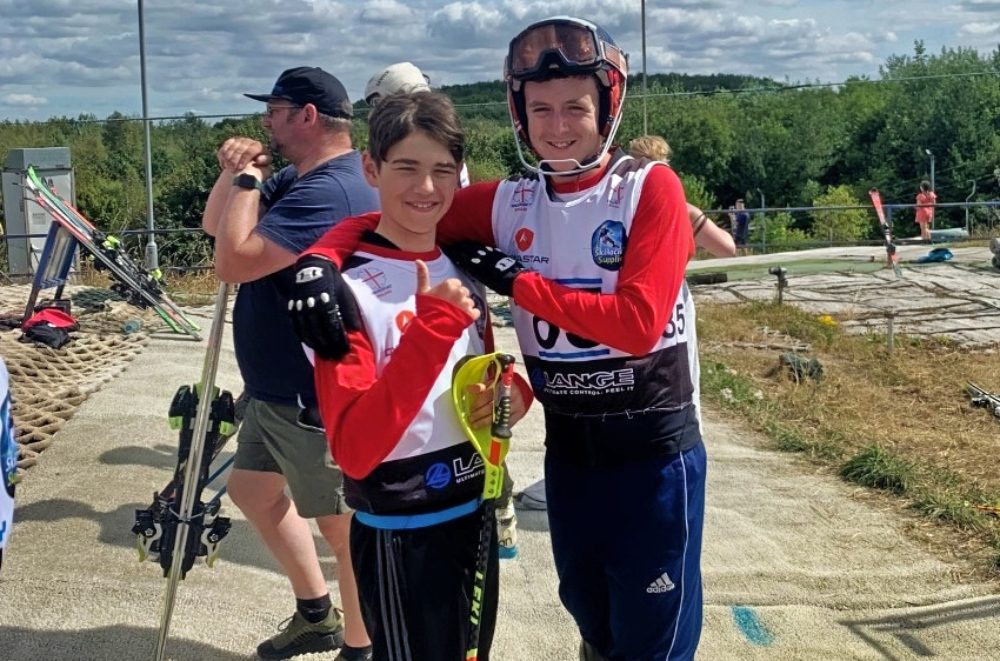 Rydal Penrhos pupil and talented skier Cameron Pye earned a call-up to the Welsh development squad after some impressive results.

Rydal Penrhos is extremely proud of the skiing success accumulated by our talented pupils over the years. This unique element to the school’s exceptional extra-curricular provision is something that’s brought a vast number of achievements since the programme began to reflect the outstanding development being made under the tutelage of our incredible staff team.

Many of our skiers have gone on to achieve individual and team achievements for the school and individually at regional and national competitions. One such pupil attaining great things is Cameron Pye, who has been rewarded for his outstanding progression with a well-deserved selection to the Welsh Development Squad.

Cameron impressed selectors during a series of competitions in recent weeks. The Year 9 pupil finished second at the CESA Club National in Swadlincote following a rousing effort, with the ambitious skier also acquitting himself extremely well at the Welsh National and British Championships.

The event, which took place at the Llandudno Snowsports Centre, was another worthwhile outing for Cameron. He finished seventh overall in the boys’ U16 category over both days and second in the year of his birth.

Cameron was the fourth Welsh skier in his age category on Saturday and first in his year of birth. These outstanding results have helped him to edge a bit closer to being selected for the full Welsh Ski Squad, which Year 13 pupil Chay Bonnington recently accomplished after months of hard work.

There was further cause for celebration with another podium finish for Cameron at the North Wales Snowsports Club’s inaugural Club National race in Llandudno.

He came joint joint-third in his category and joint-first for his year of birth. His team also came fourth in the dual slalom cash prize race in which they had two dramatic dead heat finishes, which are very rare.

We would like to congratulate Cameron on his ongoing success. Everyone at Rydal Penrhos is incredibly proud.