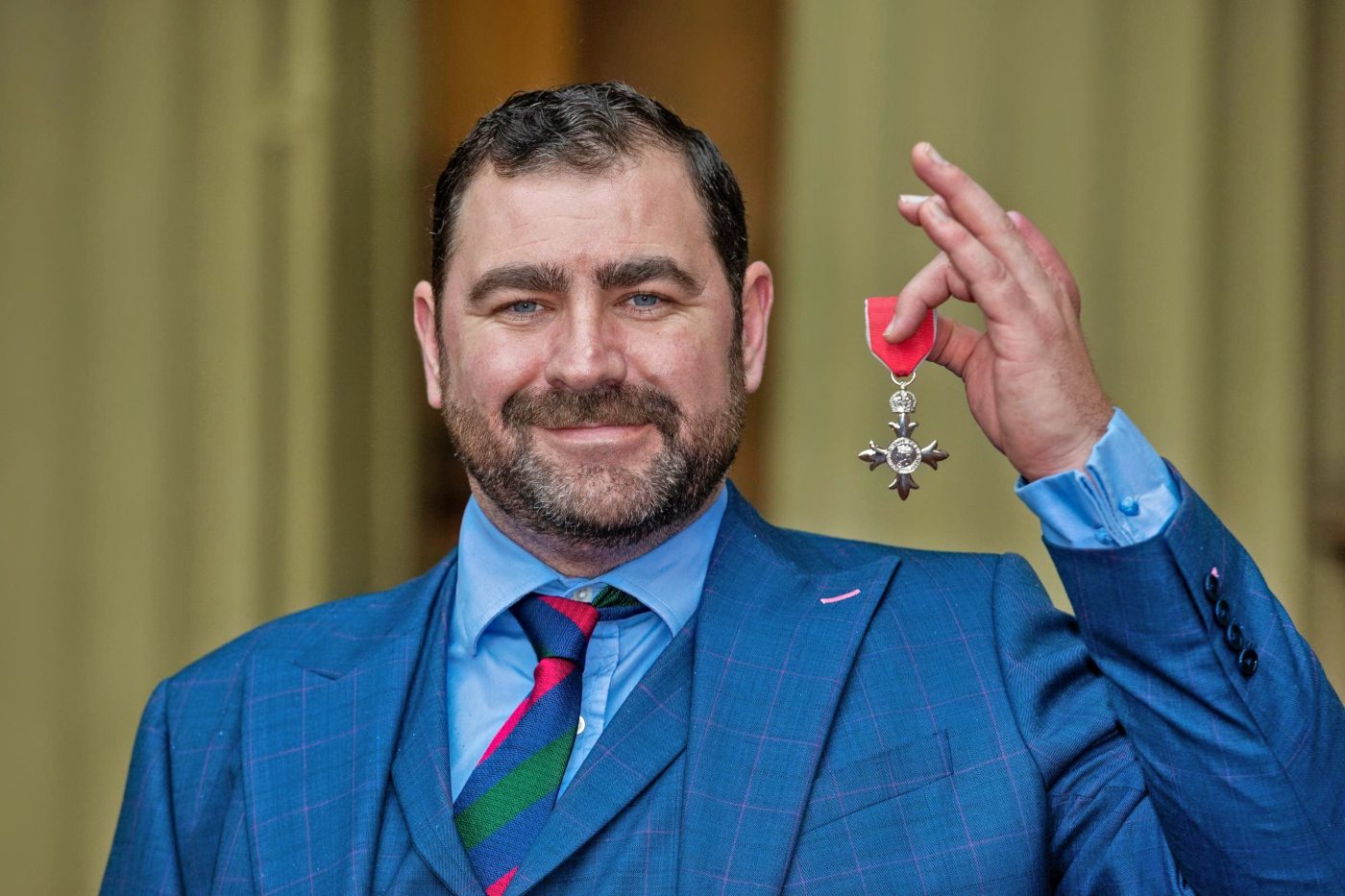 Rydal Penrhos is delighted to confirm that Andy Reid MBE will be the special guest speaker at our upcoming Colours Awards evening.

The Colours Awards Evening will take place on Thursday 12 May 2022 in the Memorial Hall, and Rydal Penrhos is delighted to confirm that Andy Reid MBE is the special guest speaker at the event.

Andy was selected for the MBE on the strength of his services to the veteran community as well as his extensive work helping the disabled in St. Helens.

Corporal Reid was injured by a Taliban IED while on patrol with the 3rd Battalion, The Yorkshire Regiment, in Afghanistan in 2009 and lost both legs and his right arm. But rather than let his injuries take over his life, he turned his attention to his recovery.

In 2010 he became a volunteer ambassador and fundraiser for ABF The Soldiers’ Charity and has committed his life to raising awareness and fundraising for amputees, both civilian and military.

Throughout his fundraising he has raised more than £100,000 for the charity and participated in the 100km Front Line Walk in France, riding a specially adapted bike, and in 2017 he undertook the Warrior Challenge around the UK (cycling 400 miles and kayaking 128 miles in 14 days) raising £52,000.

Describing himself as “a survivor, not a victim”, Andy’s attitude has seen him become an inspirational motivational speaker and he works closely with Morson to empower its workforce and strengthen the work it does in bridging the gap between the armed forces and civilian life.