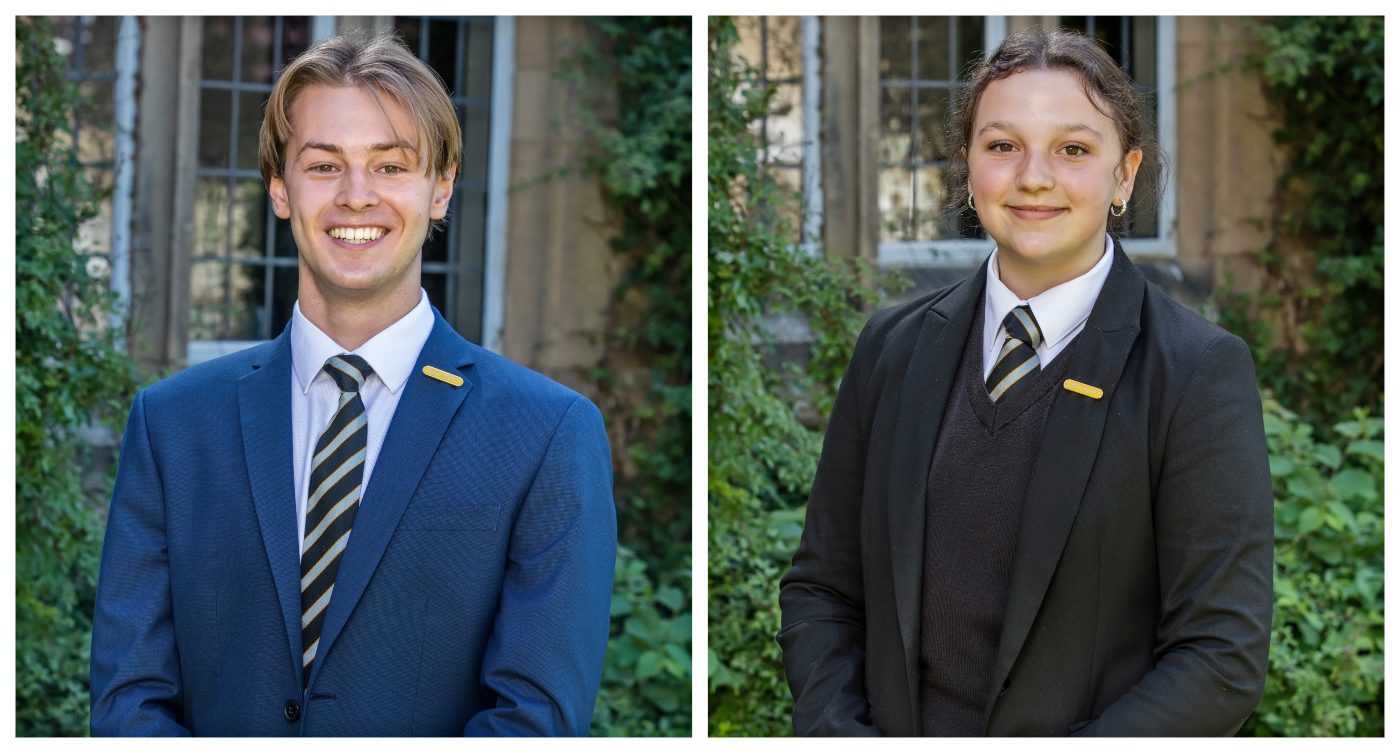 Two pupils from Rydal Penrhos’ Deputy Head Boy and Girl team reflected on the Lent Term so far in a special feature for the Society newsletter.

Rydal Penrhos is enormously proud of its Sixth Form community. They lead by example, become strong role models for younger pupils and also go on to achieve great things both academically and within the school’s thriving extra-curricular provision.

The Senior Prefect Team are at the forefront of this leadership, keen to take on a number of different responsibilities throughout their final year at Rydal Penrhos before moving on, fully prepared for the challenges that lie ahead.

With the current academic year bringing a much more familiar feel after a difficult two-year period due to COVID-19, caught up with Hannah Davies and Simeon Murphy-Thomas, joint-Deputy Head Boy and Girl at the school, for their thoughts on what’s been an eventful Lent Term so far for a special feature within the Rydal Penrhos Society Newsletter, which was released on Friday 4 March.

One prominent area the duo focused on was year groups coming together in a safe setting once again in accordance with Welsh Government regulations. Something that has been sorely missed by pupils and staff alike.

“After a refreshing break, it was rewarding to see the pupils benefit from the relaxation of COVID guidelines, and see a revival in the whole school community contribution. This was especially apparent in the music and drama department with the phenomenal production of Matilda the Musical Jr. taking place; we appreciate the support and praise given by familiar faces of the Rydal Penrhos community to the school and the pupils’ efforts.”

Hannah and Simeon also spoke about their different experiences in prominent leadership roles as Hockey captain and Senior Cadet within the school’s Combined Cadet Force respectively. A further testament to the esteem in which both pupils are held among their peers and across the entire Rydal Penrhos community.

“We can see the school once again becoming a welcoming hub where every pupil contributes to the ethos and atmosphere of the school. Being able to mix year groups has allowed for improved confidence in leading and learning for junior and senior cadets alike. The extension of the rugby and hockey seasons into the Lent Term has also allowed for various triumphs against fierce competitors.”

This is an important time of the Year 13 process. Mock examinations have taken place, coursework is in the process of being completed and each pupil is readying themselves for upcoming examinations while also gearing up for the next stage of their journey within higher education or the working world this summer.

Hannah and Simeon highlighted the stresses that come at this time of year for Sixth Formers, which also saw extra-curricular activities become an escape method for the group and also enabled them to accumulate additional knowledge and experiences outside of a typical classroom environment under the exceptional guidance of Rydal Penrhos staff.

“With UCAS deadlines pending and the end of the university application process in-sight for Year 13, the benefits of these specific opportunities and numerous others became especially prevalent. This more stressful period revealed the importance of extra-curricular activities, because whilst giving us chance to stretch ourselves beyond the classroom, they also let us enjoy the act of just getting involved. Small moments such as these will be especially savoured as the approach to final exams begins for Year 11 and Year 13.”

Those who have not yet read the latest edition of the Rydal Penrhos Society newsletter can do so here.