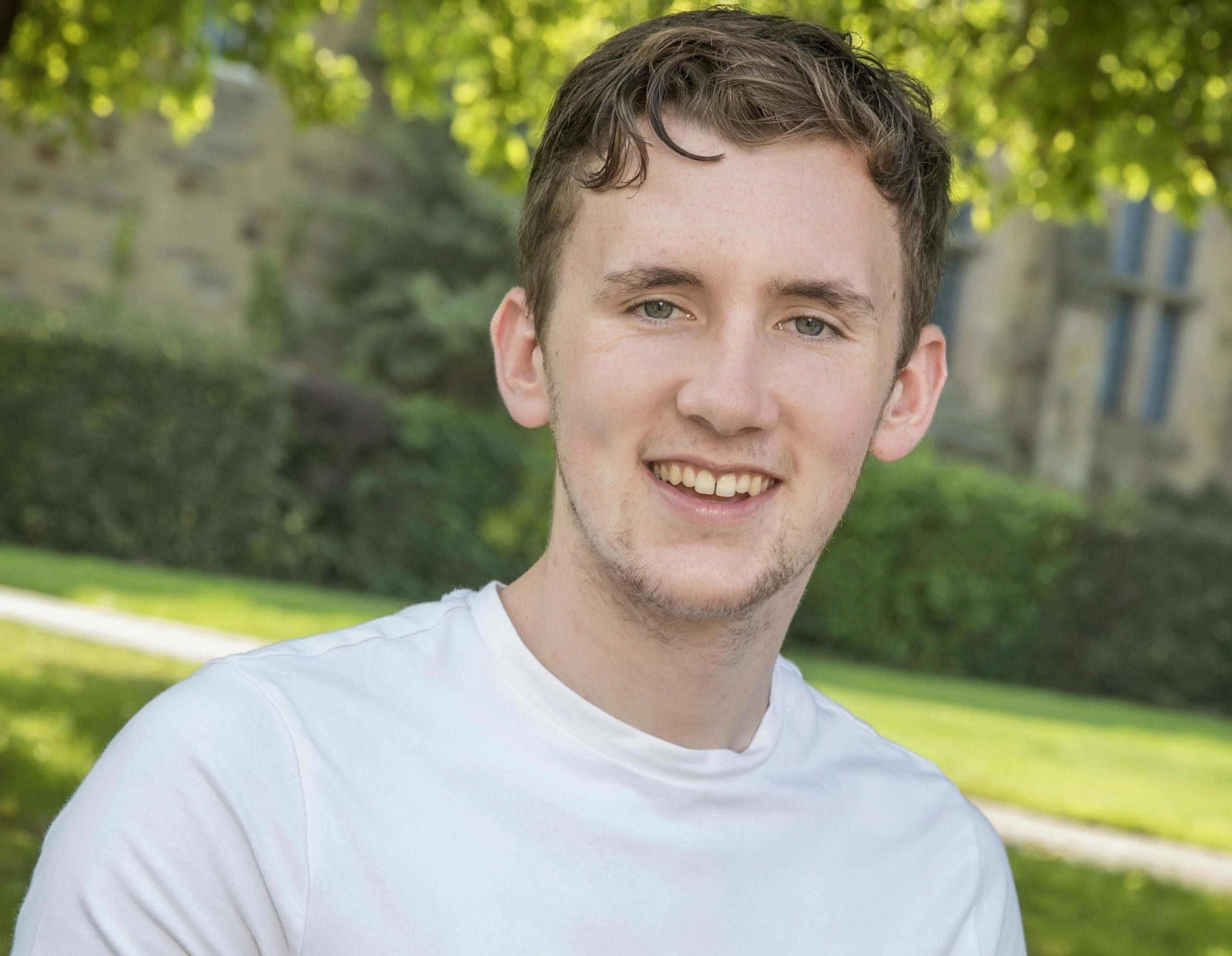 Eddie Farrell has been a key member of the Rydal Penrhos community from an early age and has rounded off his journey through the school with some exceptional A Level results.

The outdoing Deputy Head Boy joined Rydal Penrhos as a Year 4 pupil back in 2010, and it did not take long for Eddie to make the most out of the wealth of different opportunities available at the school both academically and extra-curricular.

His A Level results were a further indication of just how much Eddie benefitted from a Rydal Penrhos education, with the Year 13 pupil attaining no fewer than four A* grades in Chemistry, Mathematics, Further Mathematics and Physics.

This enabled Eddie to secure his first-choice university destination, and Eddie will now move on to Durham where he will study Engineering.

Eddie has achieved an incredible amount during his time at Rydal Penrhos. His exploits on the water were a notable highlight and he was part of the RYA Cymru Wales sailing squads from an early age, securing plenty of competition successes and national recognition along the way.

The pupil was also part of the Rydal Penrhos hockey team that secured Welsh Schools’ titles in recent years, and he has also played a part in the school’s senior rugby team over the last two years.

Eddie’s musical talent has also been a prominent feature of his overall contribution while at Rydal Penrhos. He has been part of the school orchestra and has also lent his support to prominent community events such as the Colwyn Bay Remembrance Day service.

This is in addition to plenty of academic achievements in areas such as Science and the United Kingdom Mathematics Trust’s individual and team challenges.

He is a true success story of what can be achieved by grasping every opportunity a Rydal Penrhos education can offer. Eddie has been a superb role model to younger members of the school community in his role as joint-Deputy Head Boy alongside Ollie Gibson, and the school wishes him the very best of luck as he moves on to the next stage of his education.