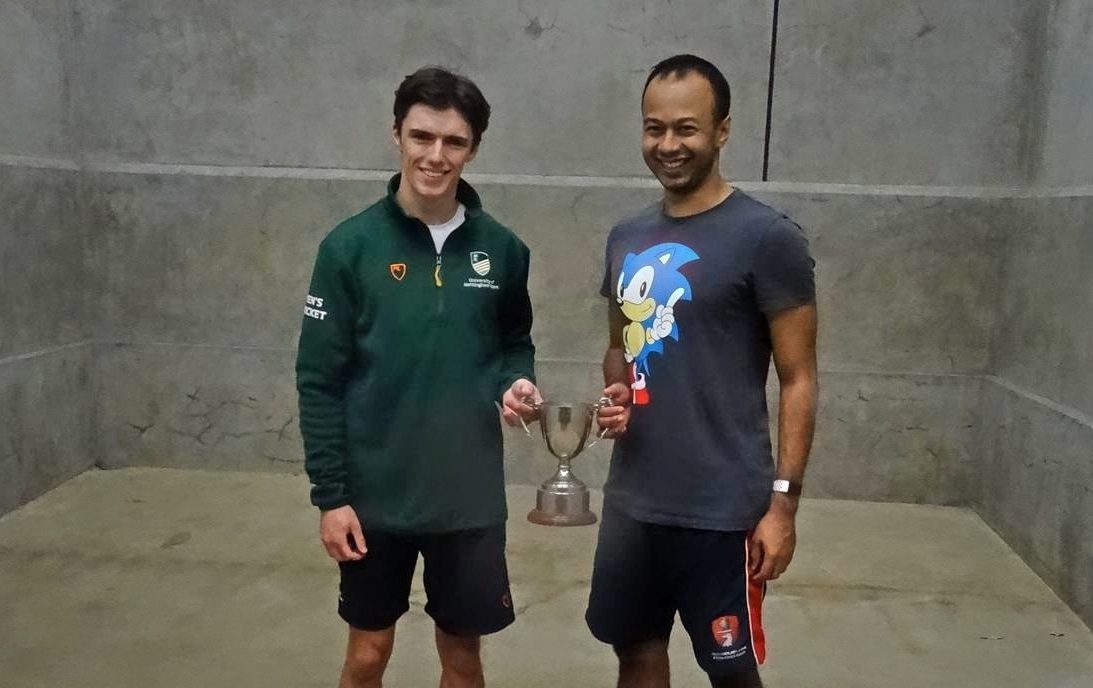 Fives is a handball game that originated in Eton College in 1877, where A.C. Ainger and his friends devised a simple set of rules whilst hitting a hardball against the wall of the chapel. A sport that’s featured prominently across Rydal Penrhos throughout its history.

The first courts were built at Rydal Penrhos in 1935 and two further courts were added after the Second World War when the school enjoyed a long and successful schedule of fixtures.

Rydal Penrhos has hosted the Welsh Open Fives in recent years and our pupils have gone on to achieve a significant amount of accolades both regionally and at competitions across the country.

This is something that many pupils continue upon leaving school. As demonstrated by Will Sissons and former Rydal Penrhos coach Abs Bhattacharya, who turned in a fabulous effort to emerge victorious from a major tournament recently.

The pair took their place in a competitive 2021 Midlands Tournament field, which was held at Repton School.

Both Will and Abs made their presence felt very early on in the competition, progressing through to the semi-final stage with some outstanding performances before facing a huge test in the final four against Chris Wheeler and Seb Cooley.

They managed to book their place in the final thanks to a 2-0 (12-7, 12-10) triumph over their opponents, leaving the tandem of Charles Plummer and Archie Cameron-Blackie standing between them and the title.

Things did not go according to plan for Will and Abs in the first game, in which they narrowly lost 15-13. However, the pair responded incredibly well in the face of adversity to win the next two games by 12-8 and 12-4 to come away with the crown.

This represents a fantastic achievement for Will and Abs. Everyone at Rydal Penrhos is extremely proud and would like to congratulate them on their recent success.