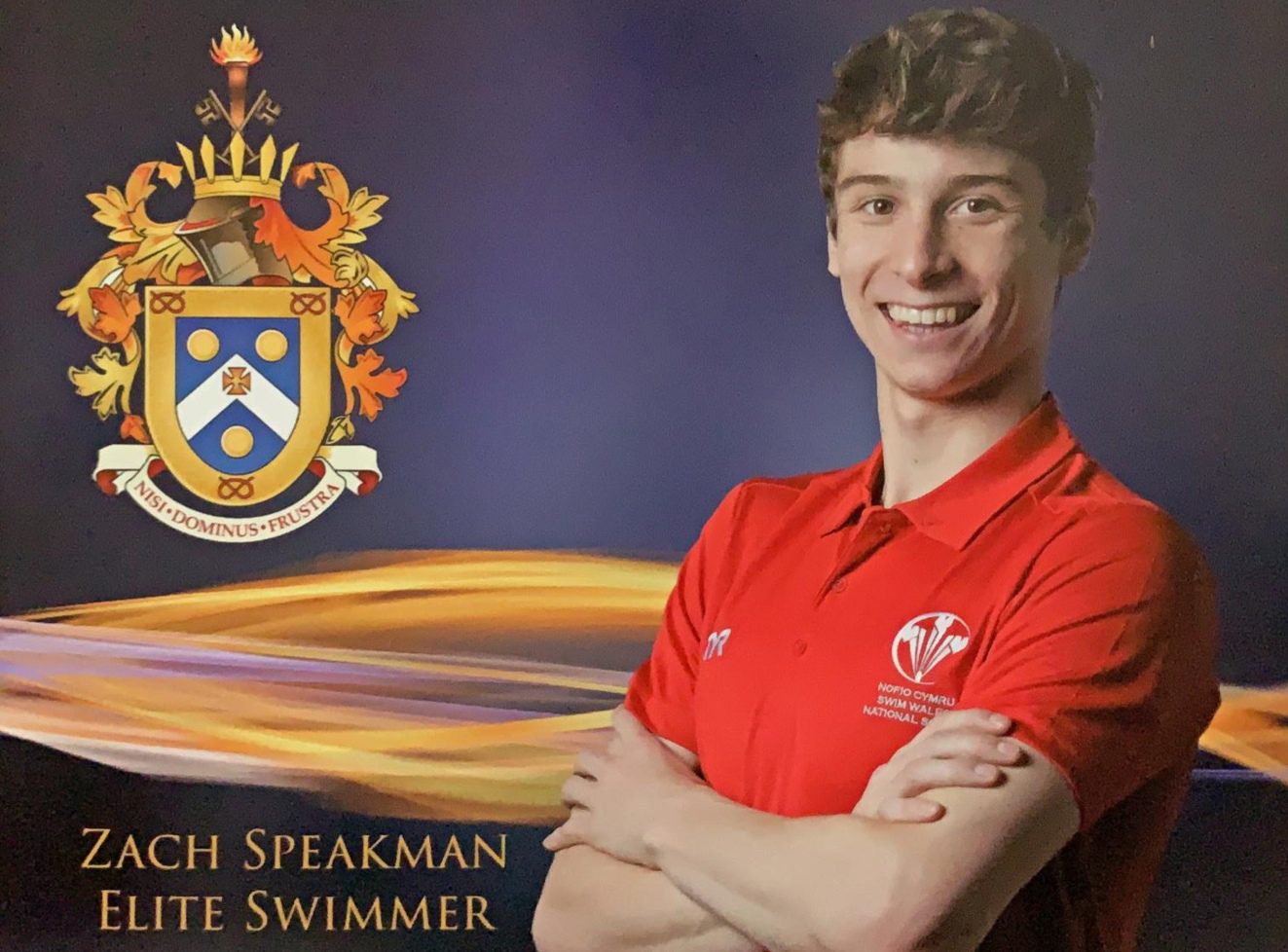 Former Rydal Penrhos pupil and talented swimmer Zach Speakman has set his sights on the next Commonwealth Games.

Having just returned from London and Glasgow attending Olympic qualifying events for Tokyo, former Rydal Penrhos pupil Zach Speakman’s target is to represent Wales at the Commonwealth Games in Birmingham.

These two Olympic trials saw Zach doing really well, competing with Olympic swimmers such as Duncan Scott, Adam Peaty and many other swimmers who had already been selected for Tokyo.

These events as well as being qualifying events were also an important part of the journey for any swimmer seeking Commonwealth selection for Birmingham 2022.

At six years old, he was already entering galas and traveling to Bahrain to take part in swimming competitions. A family move to Nairobi at the age of eight saw a leap in Zach’s swimming regime and practice became part of a daily routine from as early as 5.15am.

At this stage Zach was already showing great promise and competed very regularly, holding school records for his Swimming at his school, Peponi House Preparatory School. and starting to build a collection of trophies and medals.

Zach is considered an all-rounder in swimming terms, but if pushed would say his particular strength is the 200-metre backstroke.

Due to COVID-19 regulations, Zach was only able to return to the pool in April and achieving personal bests at such high-profile events is a significant achievement considering the lack of preparation time.

He has managed to achieve this by maintaining a very disciplined daily gym programme throughout the lockdown, being very dedicated and determined and receiving excellent support from his coach Marc Spackman, a former Olympic swimmer himself.

Whilst at Rydal Penrhos, Zach played all sports and not only loved them, but was particularly successful.

To date, he still holds school records for the Mile race and the high jump. He attended the Welsh finals for the high jump, played hockey in a team that went on to win the Welsh schools competition and was also one of a limited number of pupils who were selected to play Eton Fives at Eton itself.

Zach’s present sporting regime has to cover swimming and strength work and when not in school can normally be found in the pool or the gym.

The former pupil was a sports scholar during his time at Rydal Penrhos and was able to access seminars on nutrition, sports psychology as well as other supportive seminars which were designed to help aspiring athletes reach their goals.

Zach has already achieved so much and now has his sights set on the Commonwealth Games in Birmingham. Everyone at Rydal Penrhos is so proud of what he has achieved and wishes him well in the future and what we are all sure will be a very successful career.