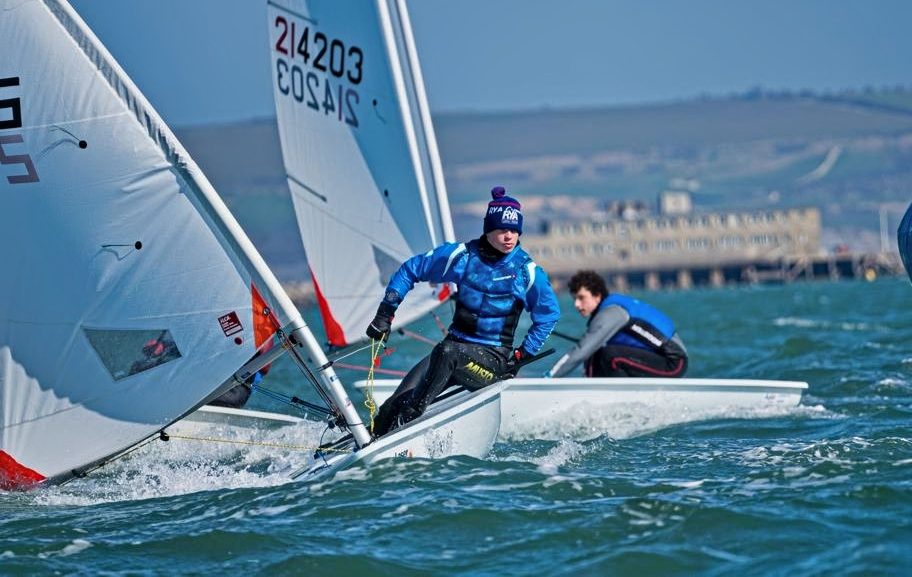 Rydal Penrhos pupil Freddie MacLaverty has been named a finalist for the upcoming Conwy Sports Awards after a sensational sailing season.

Freddie MacLaverty’s rise up the national and international sailing circuit has been hugely impressive. He took up the sport as part of the school’s provision and has thrived under the expert methods of our qualified training team within the Rydal Penrhos Sailing and Water-Sports Centre, which is accredited by the Royal Yachting Association.

It’s been another memorable year of accomplishments for Freddie as part of the RYA Cymru Wales and Team GB sailing squads. And there could be another notable achievement coming his way in the not-too-distant future.

The school was thrilled to learn that Freddie has been named as a finalist for the upcoming Conwy Sports Awards, which takes place on Friday 25 November at a glitzy ceremony in Venue Cymru, Llandudno.

This is well-deserved recognition for Freddie, who continues to work exceptionally hard on his sailing skills in and out of school alongside his GCSE studies.

His crowning moment this summer came as the only Welsh member of the Great British squad that competed at the ILCA Youth World Championships in Vilamoura, Portugal.

The pupil was one of the youngest members of the 31-strong Team GB squad, acquitting himself extremely well in difficult conditions despite two-thirds of the nearly 450 competitors at the championships being over 16 years old.

Freddie recently finished first in the ILCA 6 Welsh Championship during the RYA Cymru Wales Welsh Youth and Junior Championships, which were held at Pwllheli Sailing Club. This was part of an outstanding display from Rydal Penrhos sailors, who scooped numerous national titles and high finishes at the showcase.

The school awarded Freddie a sports scholarship premium in 2020 in recognition of his exceptional commitment and impressive results. This included a £500 contribution each year from Rydal Penrhos to further his talent.

Everyone at Rydal Penrhos would like to warmly congratulate Freddie and wish him the very best of luck at the Conwy Sports Awards next month.