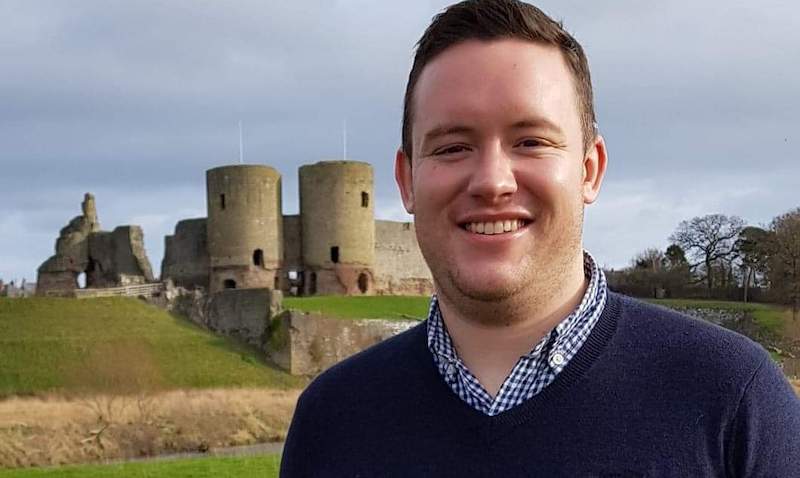 Gareth Davies, an old boy of Rydal Penrhos, was recently elected to the Senedd as the representative for the Vale of Clwyd.

A former Rydal Penrhos pupil fulfilled his dream by being elected to the Senedd during the recent Welsh elections.

Gareth Davies MS attended the school from 1996 and 2005. During those years, he took an active part in the life of the school across a multitude of different areas and opportunities that come with a Rydal Penrhos education.

This included playing prop forward for the rugby team, as well as excelling in areas such as English, IT and Physical Education. Gareth even appeared as the Artful Dodger in a school production of Oliver Twist.

“I can still hear my lamentable attempt at a cockney accent to this day!”

The community spirit and sense of togetherness fostered by Rydal Penrhos were invaluable to Gareth’s development, both as a person and a politician.

“It was at school that I developed a robust, strong education and the critical thinking skills that are essential to political life. Learning that all of our actions have consequences, both good and bad, so it is important to be the best version of yourself you can possibly be.”

After his time at Rydal Penrhos, Gareth went on to study Health and Social Care. For 11 years, he worked as a mental health support worker at the Betsi Cadwaladr University Health Board.

Gareth joined the Conservative Party in 2015 and was elected as a Town and County Councillor in 2017. He currently lives in Prestatyn with his wife and one-year-old son.

Speaking to the Rhyl Journal shortly after his election, Gareth said that he plans to bring “a new person, a new voice and hopefully some fresh ideas” to the Senedd.

We hope that he continues to embody the values of Rydal Penrhos throughout his political career and wish him the very best of luck in his new role.