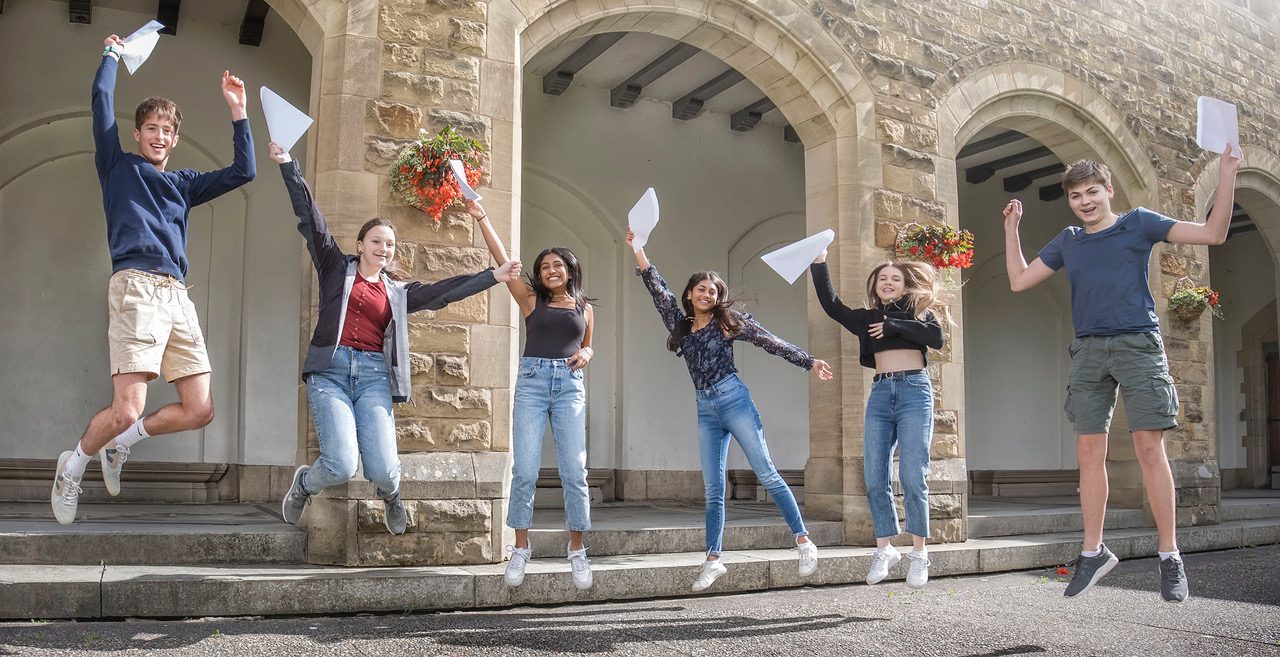 Rydal Penrhos’ exceptional GCSE results this summer is further reflected in their comparison to the national averages.

The Year 11 pupils secured Rydal Penrhos’ best results at GCSE level by a considerable margin, which is a testament to their outstanding commitment during an unprecedented situation, receiving every possible piece of support and advice from the school’s dedicated teaching staff throughout.

Those securing A*-A and 9-7 grades were recorded at 62.1 per cent, which was considerably higher than the national average in Wales (25.1%).

This average also eclipsed the English average of A*-A and 9-7 marks, which was recorded at 27.5 per cent.

There was further cause for celebration from a Rydal Penrhos perspective as the number of A*-C and 9-4 grades awarded was 98.4 per cent. This was once again higher than the national averages in Wales and England, which were 74.5% and 78.8% respectively.

These historic results are a further testament to the school’s strong academic ethos from Pre-School to Sixth Form, which is coupled with an exciting and diverse extra-curricular provision.

Among the outstanding individual success stories were Shruthi Ganapathi, Tasnim Mortuza, Hannah Davies, Damisola Animashaun, Rebecca Mann, Juan Rajagopal, Arthur Hind, Daniel McLaughlin, and Noone Abdalla, who have all moved on to Sixth Form and the next stage of their journey.

A well-rounded and balanced education has been at the forefront of Rydal Penrhos’ ongoing commitment to making each pupil feel safe and happy, which enables them to thrive both academically and in their activities of interest.

The school is currently riding on the crest of a wave following the A Level and GCSE results, in addition to the exciting plans to improve all areas of Rydal Penrhos which will put even more emphasis on pupil development and value-added.