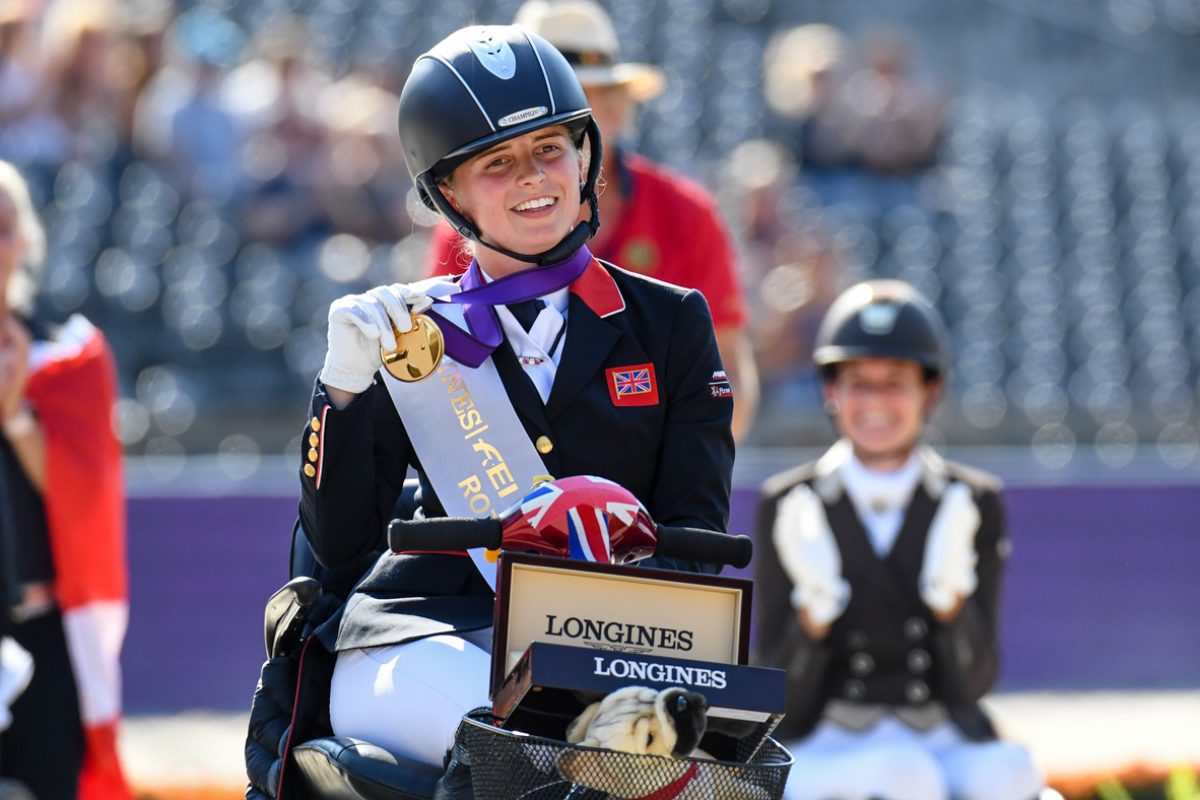 Former Rydal Penrhos pupil Georgia Wilson produced a sensational effort to come away with a medal from the Paralympic Games in Tokyo.

Georgia Wilson, a former Rydal Penrhos pupil, is celebrating after earning a bronze medal in the dressage event at the Paralympic Games in Tokyo.

The 25-year-old finished third on her horse Sakura – the national flower of Japan and a symbol of optimism and rebirth – behind teammate Sir Lee Pearson, whose victory makes him a 12-time Paralympic champion.

This represents an exceptional achievement from Georgia, who attended Rydal Penrhos from 2007-12 and managed to attain an incredible 72.882 per cent score to finish in third.

Georgia is no stranger to success having won 2019 European freestyle gold. She joined the Team GB squad as a late replacement for Sophie Christiansen and took full advantage of the opportunity in the individual test (Grade II) event to become the first Welsh medallist in the Japanese capital.

Speaking on Channel 4 after securing bronze, Georgia, said: “It’s incredible – it was a surprise to be here but it’s a nice surprise to see how Sakura has gone.

“She’s only young still and we haven’t had a lot of time together but she’s a mare who will do anything for you, so she’s really good.”

Everyone at Rydal Penrhos is so proud of Georgia and offers our sincere congratulations on her bronze medal achievement!